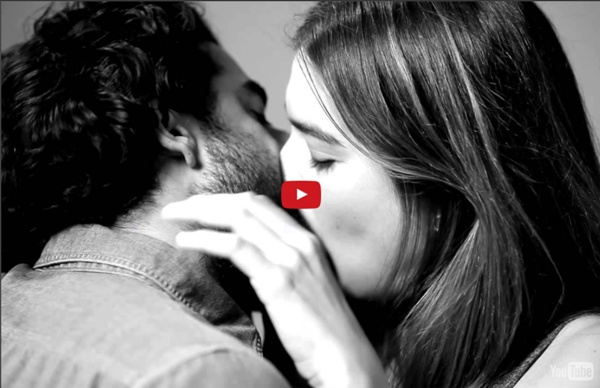 Second Skins: Fashionably Dressed Animals Photographed by Miguel Vallinas When first encountering this body of photographs Madrid-based advertising and industrial photographer Miguel Vallinas it’s easy to view it as a familiar “animals dressed as people” project. But as you look closer you realize it’s quite a bit more than that. Aside from the solid retouching, lighting and overall execution, Vallinas took this anthropomorphic project a bit further and imagined what the fully-realized wardrobe of each animal might look like if it were wearing human clothes. Titled Segundas Pieles (Second Skins), the ongoing series includes some 50+ animals whose personalities seem to be perfectly amplified by their pitch-perfect attire, making the portaits just a bit more human than animal. I’m pretty sure the hipster bird in the cardigan works at a coffee shop by my house. The work is a sister project to another series called simply Pieles where the photographer portrays himself in a wide range of professions.

Photoshop gone wild! You won’t believe what this model looked like before Photoshop We all know the sad truth about the role Photoshop plays in shaping our unrealistic standards of beauty. What’s sadder is we turn a blind eye towards this awful reality. But after watching this shocking video of a Photoshop process in reverse, you’ll be saying to yourself, ‘Photoshop has gone too far’. The eye-opening video was created by College Humor. It starts off with a photo of a beautiful model, but as the reverse Photoshop process goes on, the truth reveals itself and gives us the surprise of our lives.

THIS Is Why We Should Unplug, Power Down...And LIVE. THIS Is Why We Should Unplug, Power Down...And... THIS Is Why We Should Unplug, Power Down...And LIVE. Life Inspirational christyn.andrade for PrinceEA A couple of months ago I was online and a Facebook notification popped up reminding me that it was my friend's birthday. Swarms, Flocks & Herds: Installations by Kristi Malakoff I’m really enjoying these large-scale installations of animals and insects by Canadian visual artist Kristi Malakoff. Also check out her work with currency and flowers. And if you liked this also see the work of Eiji Watanabe. BBDO With an extensive portfolio of creative advertising, BBDO focuses on the philosophy of "The Work The Work The Work", citing, "At BBDO, the Work encompasses every kind of creative content that can touch the consumer and reinforce the brand". Origins[edit] The Barton & Durstine agency (founded by Bruce Fairchild Barton and William H.

Top 20 Articles / All Time We’ve run the numbers and these are the top articles ever to appear on Colossal. These lists are not meant as a ranking of what we think is the “best,” but are rather a gauge of overall interest around the web based on traffic. Updated periodically. See also: Top Articles in 2013 | Top Articles in 2012 | Top Articles in 2011 1. Scarlet Johansson and her Scottish filming adventure 15 March 2014Last updated at 20:47 ET By Emma Jones Entertainment reporter, BBC News She's played a superhero in The Avengers and an audio-only computer program in Spike Jonze's Her, and now Scarlett Johansson is a human-scavenging alien in independent British drama Under the Skin. It's proving to be one of the most divisive films of recent times, with some critics calling it "astonishing" and others "laughable".

A 1:60-Scale Boeing 777 Built Entirely from Paper Manilla Folders by Luca Iaconi-Stewart Inspired by high school architecture class where he was assigned to create simple paper models using cut paper manilla folders, San Francisco-based designer Luca Iaconi-Stewart went home to begin construction on an extremely ambitious project: a 1:60 scale reproduction of a Boeing 777 using some of the techniques he learned in class. That was in 2008, when Iaconi-Stewart was just a junior in high school. Unbelievably, the project continues five years later as he works on and off to perfect every aspect of the plane. Relying on detailed schematics of an Air India 777-300ER he found online, he recreates the digital drawings in Adobe Illustrator and then prints them directly onto the paper manilla folders. But everything has to be perfect.

Anatomy of the Vulva The above illustration depicts what the adult female genitals may look like when the labia majora are at rest, that is, not spread open. The illustration depicts what the illustrator, a doctor, determined was an average vulva, based on his examination of European and North American women. The original is life size. The black outline depicts the placement of the pelvic bones that form the pelvic outlet, or birth canal. The visible structures are the mons veneris, labia majora, pudendal cleft, perineum, and anus. mgerard_jeastman_mar16_10 When you want to tune up a car, you listen to the engine. When you want to tune up a sales program, you listen to your customers. A recent IDC survey of IT buyers provides an earful - including some pings you'll want to fix.

Wire Trees by Kevin Iris In his early 20s, Wisconsin artist Kevin Iris became obsessed with growing small bonsai trees and over time he amassed a miniature forest of over 20 trees in his home. One aspect of shaping bonsai trees is learning how to properly “train” the branches to grow in a certain direction. This is often accomplished by using stiff wires wrapped around the branches to slowly guide them in the right direction. At one point Iris had a particularly stubborn tree nearly encased in wire when he suddenly he could make things a lot easier for himself by removing the tree completely. Years later he’s made dozens of wire trees that have appeared in galleries and juried shows, some of which are even available for sale online. (via lost at e minor)