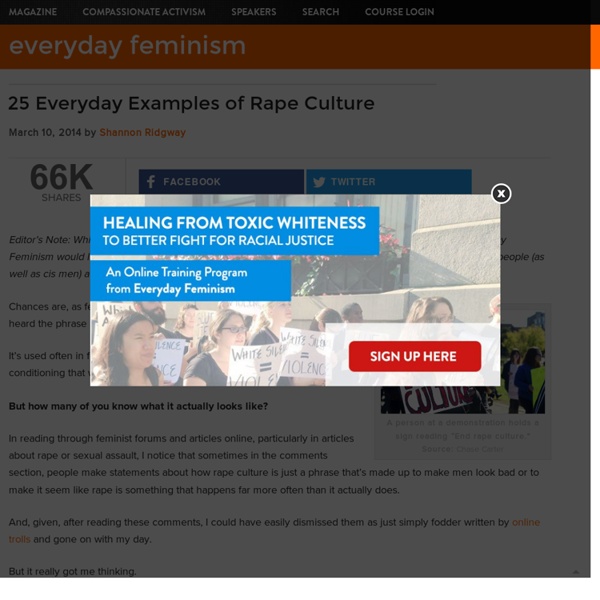 The Movement Against Sexist and Discriminatory School Dress Codes Maggie Sunseri was a middle-school student in Versailles, Kentucky, when she first noticed a major difference in the way her school’s dress code treated males and females. Girls were disciplined disproportionately, she says, a trend she’s seen continue over the years. At first Sunseri simply found this disparity unfair, but upon realizing administrators’ troubling rationale behind the dress code—that certain articles of girls’ attire should be prohibited because they “distract” boys—she decided to take action. “I’ve never seen a boy called out for his attire even though they also break the rules,” says Sunseri, who last summer produced Shame: A Documentary on School Dress Code, a film featuring interviews with dozens of her classmates and her school principal, that explores the negative impact biased rules can have on girls’ confidence and sense of self. Depending on administrators and school boards, some places are more relaxed, while others take a hard line.

Sexual Violence Is Not Politics; It's Humanity And On Us To Act | The Huffington Post I have been feeling very heavy these days. Not because I’m eating junk or because I’m not exercising (although those happen from time to time), but because of the media bombardment around the sexual assault and treatment of women. I admit I may be particularly sensitive to this discussion. Not because I, myself, am a survivor of violence (I’m not, so I can’t pretend to know how a survivor feels), but because I do a lot of work with people who know and counsel, and who are survivors of sexual assault as the chair of the board of the New York Asian Women’s Center. I will not get political in this post. Over the last year, we have witnessed outright misogyny and violence against women in our communities and beyond. For generations, women have laughed off jokes and advances that have made them uncomfortable. I know many women who have experienced violence and whose lives are forever changed. As I said, it is heavy. I make myself feel better by acting. Men and women alike, speak up.

Women in the U.S. Senate 2016 | CAWP Twenty women (14D, 6R) serve in the United States Senate in the 114th Congress. women have ever served in the Senate, including 29 Democrats and 17 Republicans. states (LA, ME, NE) have sent three women to the Senate. California was the first state to send two women (Boxer (D) and Feinstein (D)) to the Senate simultaneously. states (AL, AR, KS, MN, MO, NC, ND, NH, NY, SD, WA) have been represented twice by women in the Senate. Since that time, four other states have been represented by two women simultaneously (KS, ME, NH, WA). other states (AK, FL, GA, HI, IA, IL, MA, MD, MI, OR, TX, WI, WV) have sent one woman to the Senate each. Currently, three states (CA, NH, WA) are represented by two women in the Senate. The first woman ever to chair a major Senate committee was Kassebaum, who chaired the Senate's Labor and Human Resources Committee in the 104th Congress. How Women First Entered the Senate 27 Regular Elections 14 Appointments 5 Special Elections