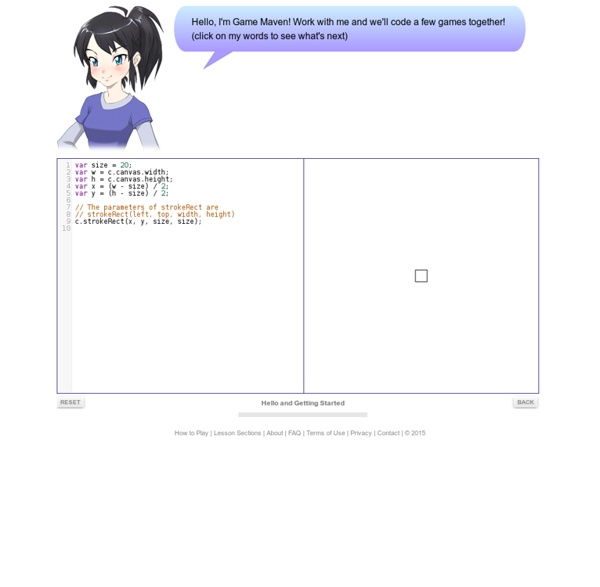 Coding for SSDs – Part 1: Introduction and Table of Contents Introduction I want to make solid-state drives (SSDs) the optimal storage solution for my key-value store project. For that reason, I had to make sure I fully understood how SSDs work, so that I can optimize my hash table implementation to suit their internal characteristics. There is a lot of incomplete and contradictory information out there, and finding trustworthy information about SSDs was not an easy task. I had to do some substantial reading to find the proper publications and benchmarks in order to convince myself that, if I had to be coding for SSDs, I would know what I was doing. Then I figured that since I had done all the research, it would be useful to share the conclusions I had reached.

Top 10 of 2014, No. 8: Coding eSchool News highlights some of the 10 most significant ed-tech developments of 2014, and coding is No. 8 Each year, the eSchool News editors compile 10 of the most influential ed-tech developments and examine how those topics dominated K-12 ed-tech conversations. No. 8 on our list for 2014 is coding. Hour of Code Suggestions by Grade Level Here are ideas of apps and websites that teachers in my PLN used successfully in the past during Hour of Code: Kindergarten Start kindergartners with problem solving. If they love Legos, they’ll love coding

Thomasville Times On Tuesday Thomasville High School students joined tens of millions of students from across the world to participate in an international campaign titled “Hour of Code.” During their first block of classes, students from every grade had the opportunity to try computer coding for one hour by simply logging on to the web-site Code.org, and following self-guided video tutorials. Designed to promote computer science education in the classroom, the week long, nationwide effort gives every student — regardless of grade, academic interest or access to technology an introduction to the basics of computer science through hands-on activities that demystify coding, proving that creating a phone app or computer game is not as difficult and challenging as it may seem. According to Higgins, females and minorities are severely under-represented in the field of computer science.