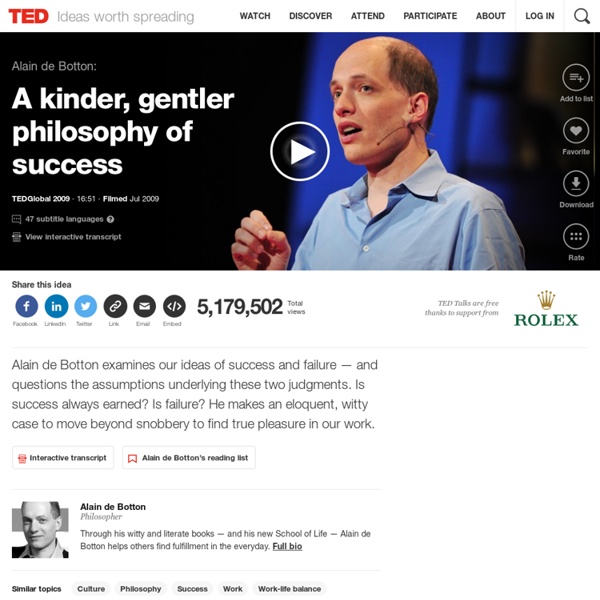 theconversation Australian government policy and happiness research are pointing in very different directions. A prime goal of government policy is economic growth. Many Australians go along with this, assuming that more money will make them happier. In the past couple of decades, research on happiness has boomed. On a scale of one to ten, how satisfied are you with your life overall? You can’t buy happiness Like any research field, there are disagreements and uncertainties, but many overall findings are quite robust. In several countries, like Britain, Japan and the US, surveys asking about life satisfaction have been run for several decades. Most people continue to believe that more money, bigger houses, newer phones, stylish clothes and other possessions will make them happier - despite evidence to the contrary. Many people, when surveyed, say they are happy. Researchers have shown that changing your thoughts and behaviours is far more likely to improve happiness levels. The knowledge gap

Ernesto Sirolli: Want to help someone? Shut up and listen! | Talk Transcript Everything I do, and everything I do professionally --my life -- has been shapedby seven years of work as a young man in Africa.From 1971 to 1977 --I look young, but I'm not — (Laughter) --I worked in Zambia, Kenya, Ivory Coast, Algeria, Somalia,in projects of technical cooperation with African countries. I worked for an Italian NGO,and every single project that we set up in Africafailed.And I was distraught.I thought, age 21, that we Italians were good peopleand we were doing good work in Africa.Instead, everything we touched we killed. And of course, everything in Africa grew beautifully.We had these magnificent tomatoes. In Italy, a tomatowould grow to this size. In Zambia, to this size.And we could not believe, and we were telling the Zambians,"Look how easy agriculture is."When the tomatoes were nice and ripe and red,overnight, some 200 hippos came out from the riverand they ate everything. And we said to the Zambians, "My God, the hippos!" "Why didn't you tell us?"" So what happens?

Does having choice make us happy? 6 studies that suggest it doesn’t always We have all been there: standing in aisle five of the supermarket trying to decide which jar of mustard to buy. Do we go organic, or for the brand with whole mustard seeds? Or do we simply pick the one in the brightest yellow bottle? In a fascinating talk at TEDxStanford, “Sometimes it’s good to give up the driver’s seat,” marketing professor Baba Shiv reveals that discomfort over making choices extends into medical decisions. Five years ago, Shiv’s wife was diagnosed with breast cancer. “The most harrowing and agonizing part of the whole experience was that we were making decision after decision,” Shiv shares in his talk. Shiv decided to test the theory on undergraduate students about to solve word puzzles. Shiv’s thoughts on choice are counterintuitive. In a jam TED speaker Sheena Iyengar, a professor at Columbia University, performed a classic experiment in the realm of choice studies in 1995.

You too can be happy. Really. A Q&A with Shawn Achor Photo courtesy TEDxBloomington. “We think we have to be successful, then we’ll be happier. But the real problem is our brains work in the opposite order,” said Shawn Achor in his charming, immensely popular TED Talk from TEDxBloomington, “The happy secret to better work.” Achor is the CEO of consulting firm Good Think, which conducts research on positive psychology and helps people apply it to be happier and more effective at work. His 2011 talk drew on the research from his bestselling book on positive psychology, The Happiness Advantage, and since then he’s had a new question on his mind: Why are some people able to make positive changes in their lives, while others remain stuck in their ways? What inspired you to write Before Happiness? Before somebody can make a change to their health and their happiness, their brain has already constructed a picture of reality in which change is possible or not. Shawn Achor: The happy secret to better work Yes.

Eleanor Roosevelt on Happiness, Conformity, and Integrity by Maria Popova “When you adopt the standards and the values of someone else … you surrender your own integrity. You become, to the extent of your surrender, less of a human being.” Eleanor Roosevelt endures as one of the most memorable thinkers and doers in modern history — a relentless champion of working women and underprivileged youth, the longest-serving American First Lady, and the author of some beautiful, if controversial, love letters. When she was 76, Roosevelt penned You Learn by Living: Eleven Keys for a More Fulfilling Life (public library) — an elegantly written, relentlessly insightful compendium of her philosophy on the meaningful life. Eleanor Roosevelt Public domain image courtesy San Diego Air and Space Museum Archive via Flickr Commons Roosevelt writes: Happiness is not a goal, it is a by-product. Eleanor Roosevelt votes in Hyde Park, New York, November 3, 1936 Public domain image courtesy Franklin D. It’s your life — but only if you make it so. Donating = Loving

A Short Guide to a Happy Life: Anna Quindlen on Work, Joy, and How to Live Rather Than Exist by Maria Popova “You cannot be really first-rate at your work if your work is all you are.” The commencement address is a special kind of modern communication art, and its greatest masterpieces tend to either become a book — take, for instance, David Foster Wallace on the meaning of life, Neil Gaiman on the resilience of the creative spirit, Ann Patchett on storytelling and belonging, and Joseph Brodsky on winning the game of life — or have originated from a book, such as Debbie Millman on courage and the creative life. One of the greatest commencement speeches of all time, however, has an unusual story that flies in the face of both traditional trajectories. In 2000, Villanova University invited Pulitzer-Prize-winning author, journalist, and New York Times op-ed columnist Anna Quindlen to deliver the annual commencement address. Anna Quindlen (artwork based on a photograph by Grant M. Quindlen begins: I’ve never earned a doctorate, or even a master’s degree. And know it she does:

The Ego and the Universe: Alan Watts on Becoming Who You Really Are by Maria Popova The cause of and cure for the illusion of separateness that keeps us from embracing the richness of life. During the 1950s and 1960s, British philosopher and writer Alan Watts began popularizing Eastern philosophy in the West, offering a wholly different perspective on inner wholeness in the age of anxiety and what it really means to live a life of purpose. Alan Watts, early 1970s (Image courtesy of Everett Collection) Though strictly nonreligious, the book explores many of the core inquiries which religions have historically tried to address — the problems of life and love, death and sorrow, the universe and our place in it, what it means to have an “I” at the center of our experience, and what the meaning of existence might be. The standard-brand religions, whether Jewish, Christian, Mohammedan, Hindu, or Buddhist, are — as now practiced — like exhausted mines: very hard to dig. Religions are divisive and quarrelsome. 'Möbius Structure of Relationships' by David Byrne.

Conformity and the Instinct of Rebellion: Norman Mailer Channels His Departed Friend, the Pioneering Psychologist Robert Lindner by Maria Popova “Because of the instinct of rebellion man has never been content with the limits of his mind: it has led him to inquire its secrets of the universe, to gather and learn and manipulate the fabulous inventory of the cosmos, to seek the very mysteries of creation.” On February 27, 1956, the prolific writer and pioneering psychologist Robert Lindner — best-known for his 1944 book Rebel Without A Cause: The Hypnoanalysis of a Criminal Psychopath, from which the famous 1955 starring James Dean borrowed its title — died of a chronic heart condition at the age of 41. Mailer, who later sponsored a memorial research foundation in Lindner’s name, writes: Bob Lindner was so good a friend that I simply have no heart to write about him now. Instead, he remembers and celebrates his dear friend through the work he had left behind, quoting from Lindner’s final book Must You Conform, published mere weeks before his death: Cover of 'Must You Conform' by Robert Lindner Donating = Loving