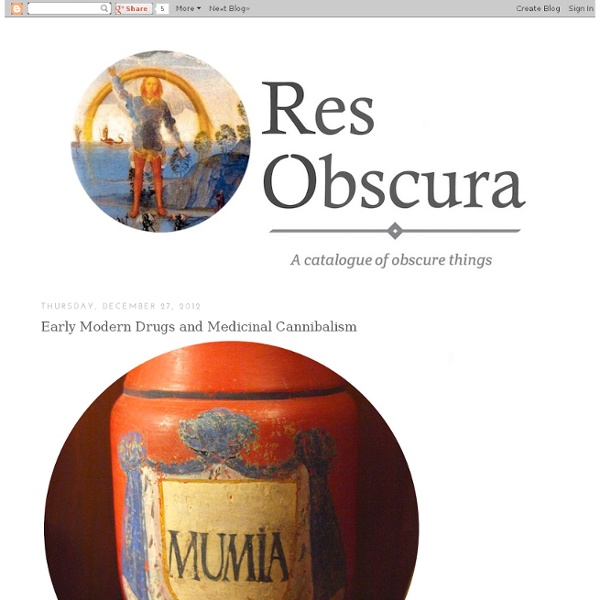 Special note: an earlier version of this post appeared on a new blog I helped develop in partnership with Not Even Past of the University of Texas at Austin and Origins (Ohio State University). Check it out here: historymilestones.tumblr.comOn September 8, 1404, the Castilian diplomat Ruy Gonzales de Clavijo reached the Silk Road city of Samarkand. He had travelled over five thousand miles by foot, sail, horse and camel; passed through steppe, deserts, seas and mountains. Now he had reached his destination: the capital of a vast new empire created by a military genius, mass murderer and patron of the arts named Timur (meaning “iron” in Persian). De Clavijo’s lord, King Henry III of Castile, had dispatched him to learn more about the man who Europeans called Tamurlane. If possible, he was to forge a peace treaty with the world-conqueror, whose sack of Baghdad alone caused the deaths of hundreds of thousands.

Debunking the Myth of the 10,000-Hours Rule: What It Actually Takes to Reach Genius-Level Excellence by Maria Popova How top-down attention, feedback loops, and daydreaming play into the science of success. The question of what it takes to excel — to reach genius-level acumen at a chosen endeavor — has occupied psychologists for decades and philosophers for centuries. Groundbreaking research has pointed to “grit” as a better predictor of success than IQ, while psychologists have admonished against the dangers of slipping into autopilot in the quest for skill improvement. In recent years, one of the most persistent pop-psychology claims has been the myth of the “10,000-hour rule” — the idea that this is the amount of time one must invest in practice in order to reach meaningful success in any field. But in Focus: The Hidden Driver of Excellence (public library), celebrated psychologist and journalist Daniel Goleman, best-known for his influential 1995 book Emotional Intelligence, debunks the 10,000-hour mythology to reveal the more complex truth beneath the popular rule of thumb:

Discussion Forums - Tamgas or not? Extraneous motifs on weavings Posted by James Blanchard on 03-30-2006 12:44 PM: Yomut mafrash - eagle symbol? Hi all, 50 Visually Appealing CSS Tutorials & Techniques If you are looking for in-depth articles on the inner workings of flexbox, or a comprehensive explanation for using CSS regions, then this is definitely not the post for you. Instead, we have squarely put our focus on those CSS tutorials that not only make the smaller details of the web visually appealing, but are also really useful. You know what we mean… fantastic text effects, innovative button styles, space-saving navigation systems, subtly animated form elements… that kind of thing. We have organised the tutorials and techniques into the following categories: Typography Techniques; Button Tutorials, Menu &amp, Navigation Techniques, Form Element Tutorials, SVG &amp, CSS Styling Techniques, Styling Anchor Links, Web Page Components Tutorials, CSS Layout Techniques, and finally a mixed bag of cool miscellaneous tutorials. Here you go… Typography Techniques & Styles

The Medieval Dance of Death There's an expression "to look like Death warmed over". The similar expression in Danish is "to look like Death from Lübeck". I have always wondered what this charming Christmas-city, with its great beer and overly sweet marzipan, had done to deserve such a disparaging sobriquet. "Death from Lübeck" was a 30 meter painting, showing Death in a long chain-dance with 24 humans - painted life-size - from all classes of society, from pope to infant. Death dances around in the procession, calling people to the dance, but most of the dancers-to-be try to decline. Pictures and text are combined so we have what may be one of the world's first and greatest comic strips.

Margaret Wertheim – The limits of physics Theoretical physics is beset by a paradox that remains as mysterious today as it was a century ago: at the subatomic level things are simultaneously particles and waves. Like the duck-rabbit illusion first described in 1899 by the Polish-born American psychologist Joseph Jastrow, subatomic reality appears to us as two different categories of being. But there is another paradox in play. 7 Ways to Better Listen to Your Intuition Elizabeth Renter, naturalsociety.com | Have you ever been in a situation where your “gut feeling” told you one thing, but your rational mind said another? If you went with your brain rather than your intuition, there’s a good chance you ended up regretting your decision. Your intuition is the subconscious leader that many people fail to give proper respect to. But learning to listen to this internal compass could help you make better decisions and live a more fulfilling life. “I define intuition as the subtle knowing without ever having any idea why you know it,” explains Sophy Burnham, bestselling author of The Art of Intuition, to The Huffington Post. “It’s different from thinking, it’s different from logic or analysis … It’s a knowing without knowing.”

The World of Dante Note: Many of these maps are viewable with a pan and zoom feature. Click the associated image to view the details. Inferno Chart Reproduced with permission of the Museo Casa di Dante. Collection History The David Rumsey Map Collection was started over 25 years ago and contains more than 150,000 maps. The collection focuses on rare 18th and 19th century maps of North and South America, although it also has maps of the World, Asia, Africa, Europe, and Oceania. The collection includes atlases, wall maps, globes, school geographies, pocket maps, books of exploration, maritime charts, and a variety of cartographic materials including pocket, wall, children's, and manuscript maps.