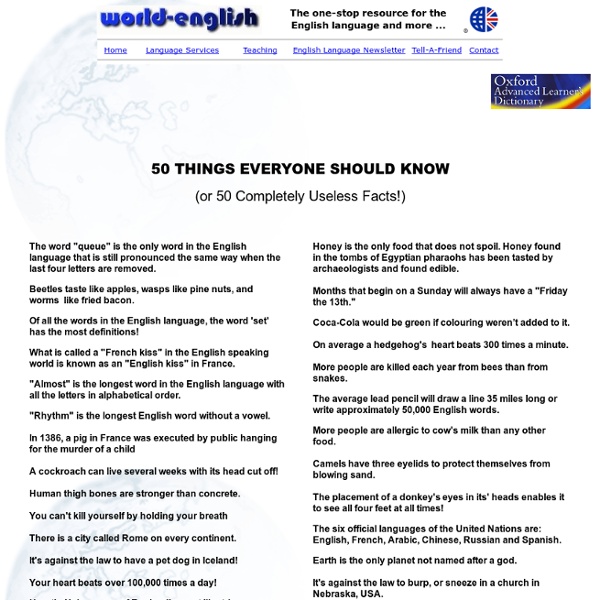 10 Search Engines to Explore the Invisible Web It’s not Spiderman’s latest web slinging tool but something that’s more real world. The Invisible Web (or The Deep Web) refers to the part of the Internet that’s not indexed by the search engines. Most of us think that that search powerhouses like Google and Bing are like the Great Oracle — they see everything. Unfortunately, they can’t because they aren’t divine at all; they are just web spiders who index pages by following one hyperlink after the other. Take library databases which need a password for access. Search engine technology has progressed by leaps and bounds. It’s not that you can’t access the invisible web at all. 1. This is considered to be the oldest catalog on the web and was started by started by Tim Berners-Lee, the creator of the web. For instance, there are 300 sub-libraries with their own categories within the main library. You can go vertically into the categories or use the search bar. 2. This is the official site of the U.S. 3. 4. 5. 6. Studying literature? 7. 8.

Totally Useless Facts -- Courtesy of The Freeman Institute... Honey is the only natural food that is made without destroying any kind of life. What about milk you say? A snail can sleep for three years. No word in the English language rhymes with "MONTH". Average life span of a major league baseball: 7 pitches. Michael Jordan makes more money from NIKE annually than all of the Nike factory workers in Malaysia combined. The volume of the earth's moon is the same as the volume of the Pacific Ocean. Cephalacaudal recapitulation is the reason our extremities develop faster than the rest of us. Spiral staircases in medieval castles are running clockwise. Ham radio operators got the term "ham" coined from the expression "ham fisted operators," a term used to describe early radio users who sent Morse code (i.e., pounded their fist). The slogan on New Hampshire license plates is "Live Free or Die." Chinese Crested dogs can get acne. Hydrogen gas is the least dense substance in the world, at 0.08988g/cc. The house fly hums in the middle octave key of F. Mr. 1.

Caves and Caving in the Cape by Anthony Hitchcock Oread Halls is the third largest cave system on Kalk Bay Mountain. It can be found by walking up Echo Valley and bearing left, before you reach the Amphitheatre, along the path leading onto Cave Peak. The main entrance is a narrow slot about 3,5m deep with plenty of footholds to aid decent. The passage beyond the Skylight chamber is low and wide with a sandy floor and rocky breakdown in places. This passage is low (1m) and undulating with a small streamlet that has cut a furrow in the sandy floor. Give yourself about one to two hours to explore this cave.

How to boost your WiFi signal with a beer can | TechFlesh- News, Gadgets,... Here you will find very original tips to boost wireless signal to your computer. Good luck and have a fun. Source Make Life Easier - lekko o modzie, gotowaniu i zakupach Caves and Caving in the Cape Peter Swart November 2001 Introduction The Cape Peninsula stretches from Table Bay in the north to Cape Point in the south, with the Fish Hoek Valley roughly halfway between. For the purposes of this article, the Southern Peninsula is considered as everything to the south of the Fish Hoek Valley. Although there is extensive karst development in the Table Mountain Sandstone of the Southern Peninsula, the area is not been well explored by cavers, and not many caves have been recorded. Most of the caves that have been described in this area are sea caves, and many are very difficult to get to, and are extremely dangerous, even when the sea is calm. Cave Names As most of the caves described in this report are not marked on any maps, many of the caves names have been made up for no other reason than to give the cave a name. Sea Caves Many of the caves in the Southern Part of the Cape Peninsula are active sea caves. Cave Descriptions Antonies Gat This is a high, narrow sea cave in Sandstone. Biota

It's a Pattern: London Rioters Are Leaving Bookstores Untouched -... While the rioters in England this week have looted shops selling shoes, clothes, computers, and plasma televisions, they've curiously bypassed one particular piece of merchandise: books. The Economist observes that while rioters have a centuries-old history of book burning, "books are losing out to high-end jeans and Apple-made gadgets" in London, with the Waterstone's bookstore chain emerging unscathed and the WH Smith chain reporting only one incident (some stores closed as a precaution). In explaining that the store would probably stay open during the unrest, one Waterstone's employee even felt comfortable enough to issue a dare to the rioters: "If they steal some books, they might actually learn something." The exception to the rule is the gay bookstore Gay's the Word, which had its front window smashed and its shopfront splattered with eggs (notably, no goods were stolen). But other reports complicate that picture of young men struggling with poverty and social deprivation.

W I N T Y D Ż This $25 computer (yes, computer!) also runs Quake 3 Remember that $25 computer about the size of a flash drive game developer David Braben unveiled in May? According to a video posted on Saturday, it can run games in high-definition, too. The Raspberry Pi computer is a single-board computer that’s capable of rendering video games like Quake 3 at a 1920-by-1080 pixel monitor resolution. The game cruises along at around 20 frames per second with the lighting and geometrical details cranked up to maximum quality. The computer has a 700-megahertz ARM processor and 128 megabytes of RAM. (It’s also tiny — you can see it just under the monitor in the picture above.) The Quake 3 version running is an open-sourced version of the game compiled for the Pi’s Linux build. You can check out a full video of the demo below. Don't let cyber attacks kill your game!