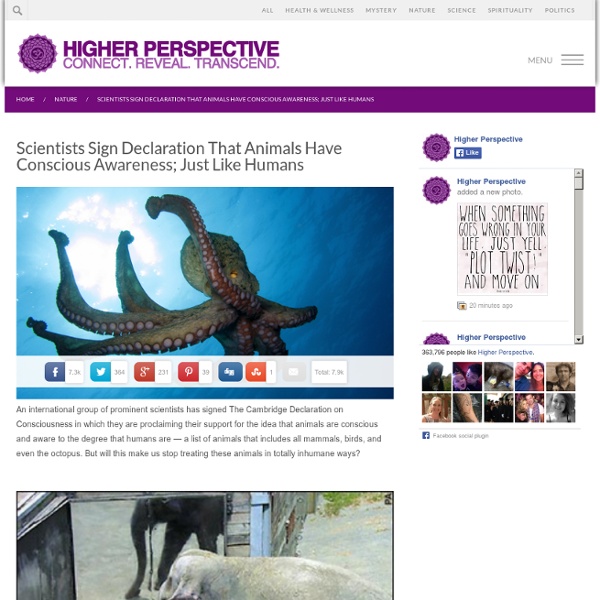 11 Productivity Hacks to Boost Your Mental Focus Making a dent in the universe requires focus. So we've collated 11 simple and easy to use tips on improving your mental concentration. Most of it is a basic stuff that I tried myself, so I selected what got me the best results. What works for me may not work for you but the best way to find out is to keep testing new ideas all the time ( and eventually adopt what works and move on from what doesn't )! #1. Develop a habit of getting enough sleep Lack of sleep decreases production of chemicals such as dopamine or adrenaline that regulate your attention. Our tip: Have a fixed time to wake up and go to bed when your body gets tired. - This way you let your body regulate how much sleep it needs. #2. Simple carbs digest very quickly and cause insulin spike which pulls excess glucose out of your bloodstream. Complex carbs take longer to digest delivering your brain a steady supply of energy. Our tip: Eat complex carbs while working. #3. After few days you should see a pattern emerge: #4. 1. 2. 3.

Griffin the Parrot Demonstrates the Ability to Share Parrots are highly intelligent animals. The most famously brainy parrot, an African gray named Alex, was described as having the intelligence of a 5 year old child and the emotional capacity of a 2 year old. After Alex’s death in 2007, Dr. Irene Pepperberg from Harvard sought to continue the work she had been focusing on Alex with another African gray from her lab named Griffin. Though 19-year-old Griffin has not yet reached the level of Alex’s intellect (Griffin is still twelve years younger than Alex was at the time of his death, after all), he is still a highly impressive bird. In the experiment, Griffin was partnered with a human. In a previous study, human partners played different roles by favoring a certain color cup, while one partner would copy whatever the bird chose. Under these circumstances, sharing does seem to be rooted with selfish motivations, though the same could probably be said for most instances of altruism.

PsyBlog’s 10 Most Popular Psychological Insights From 2012 How the mind works, the dark side of creativity and how to be a great leader: these and more… Here’s my review of the psychological insights covered here on PsyBlog in 2012 that have proved most popular with you, the readers. 1. How the mind works Never let it be said that the titles for my articles lack ambition! Insights included the fact that suppressing your thoughts is counter-productive, brainstorming doesn’t work and hallucinations are more common than you’d think. 2. Six factors seem to set apart the truly great leaders from the rest: decisiveness, competence, integrity, vision, persistence and, perhaps most surprisingly: modesty. We could really do with some more modest leaders, don’t you think? 3. Creativity is always a favourite topic here on PsyBlog but usually we’re talking about the positive aspects. In fact research suggests that creative individuals are also more likely to be arrogant, good liars, distrustful, dishonest and maybe just a little crazy—OK, let’s say eccentric.

Animal cognition Animal cognition is the study of the mental capacities of animals. It has developed out of comparative psychology, including the study of animal conditioning and learning, but has also been strongly influenced by research in ethology, behavioral ecology, and evolutionary psychology. The alternative name cognitive ethology is therefore sometimes used; much of what used to be considered under the title of animal intelligence is now thought of under this heading.[1] Research has examined animal cognition in mammals (especially primates, cetaceans, elephants, dogs, cats, horses,[2][3] raccoons and rodents), birds (including parrots, corvids and pigeons), reptiles (lizards and snakes), fish and invertebrates (including cephalopods, spiders and insects).[1] Historical background[edit] Animal cognition from anecdote to laboratory[edit] The behavioristic half-century[edit] The work of Thorndike, Pavlov and a little later of the outspoken behaviorist John B. The cognitive revolution[edit]

Experiments reveal that crabs and lobsters feel pain Lobsters and other crustaceans may feel pain. Matthew Roy; Wikipedia Every year thousands of them are boiled or torn apart while they are still alive, and now there is strong evidence to suggest that crustaceans experience pain. That was the stark message delivered by Robert Elwood, an animal behaviour researcher at Queen’s University Belfast, to the Behaviour 2013 meeting in Newcastle, UK, today. Crustaceans — crabs, prawns, lobsters and other creatures — are generally not protected by animal-welfare laws, despite huge numbers of them being caught or farmed for human consumption. This is a useful belief, as crustaceans are subjected to what Elwood calls “extreme procedures” — lobsters in factories having their legs removed while they are still alive, crabs being kept alive but tightly bound for days in fish markets, and live prawns being impaled on sticks for eating. In another experiment Elwood investigated whether hermit crabs could make motivational trade-offs as a result of pain.

The Dolphin Institute - Dolphin Research Echolocation is the process of detecting and identifying objects by emitting sounds, such as the broadband clicks used by dolphins, and listening to the echoes returning from objects reflecting those sounds. A recent discovery we made is that dolphins appear capable of directly perceiving the shapes of objects through echolocation. Prior to this finding, it had been generally assumed that dolphins learned to identify and recognize objects through echolocation by a process of associative learning-by comparing the echoes returning from targets with the visual appearance of those targets. Instead, our work has shown that echolocation can yield an immediate perception of the shapes of objects without any intervention by associative learning. We established this finding by asking the dolphin to inspect an object inside of a visually opaque box, using echolocation alone, and then to find a match for that object from among two or more objects inspected through vision alone. Pack, A.

Video shows tool use by a fish The first video of tool use by a fish has been published in the journal Coral Reefs by Giacomo Bernardi, professor of ecology and evolutionary biology at the University of California, Santa Cruz. In the video, an orange-dotted tuskfish digs a clam out of the sand, carries it over to a rock, and repeatedly throws the clam against the rock to crush it. Bernardi shot the video in Palau in 2009. "What the movie shows is very interesting. The actions recorded in the video are remarkably similar to previous reports of tool use by fish. "Wrasses are very inquisitive animals," Bernardi said. Wrasses are one of the largest and most diverse families of marine fishes. Tool use was once considered an exclusively human trait, and Jane Goodall's reports of tool use in chimpanzees in the 1960s came as a stunning revelation. Bernardi, who studies fish genetics, said there may be other examples of tool use in fish that have not yet been observed.

Cetacean intelligence Cetacean intelligence refers to the cognitive capabilities of the Cetacea order of mammals, which includes whales, porpoises, and dolphins. Brain size[edit] Brain size was previously considered a major indicator of the intelligence of an animal. Sperm whales (Physeter macrocephalus) have the largest brain mass of any extant animal, averaging 7.8 kg in mature males.[5]Bottlenose dolphins (Tursiops truncatus) have an absolute brain mass of 1500-1700 grams. The discovery of spindle cells (neurons without extensive branching, known also as "von Economo neurons", or VENs) in the brains of the humpback whale, fin whale, sperm whale, killer whale,[15][16] bottlenose dolphins, Risso's dolphins, and beluga whales[17] is another unique discovery. Brain structure[edit] Dolphin brain stem transmission time is faster than that normally found in humans, and is approximately equivalent to the speed found in rats. Problem-solving ability[edit] Behavior[edit] Pod characteristics[edit] Complex play[edit]

Music Training and Neuroplasticity With our multi sensory brain, music harnesses powers of nature, culture, and mind. How much is the brain changed by the effects of music training and neuroplasticity? Music is one of the most demanding cognitive and neural challenges, requiring very accurate timing of multiple actions, precise interval control of pitch not involved in language, and multiple different ways of producing sound. Auditory and motor actions influence each other in a constant interplay, which is largely unknown. Brain Lesion Effects on Music All brain imaging is done in a time scale of seconds, but the brain functions in the scale of milliseconds. A lesion in the auditory cortex causes “amusia” where a patient can speak and understand everyday sounds, but cannot notice wrong notes in tunes, or remember melodies.Another case, a 71-year-old cellist, had encephalitis and lost ordinary memory, but remembers music. But, recent research shows that when studying infants these differences do not necessarily exist.

Koko's not alone: Here are 5 other animals that are almost as smart as humans. You're probably familiar with Koko, the famous gorilla who knows sign language. Does Koko understand the detailed and complex scientific concepts behind climate change? Probably not. But who cares? And Koko isn't the only animal to show signs of self-awareness. Obviously we can't look into a living brain to decide if it has a higher consciousness. This is generally referred to as "Theory of Mind" — the ability to recognize the self and empathize with others. This magical button delivers Upworthy stories to you on Facebook: Again, just because an animal possesses Theory of Mind doesn't mean their thought processes are as highfalutin as us self-important human-types. Here are five more species that act surprisingly human. 1. Photo by Matt King/Stringer/Getty Images. Apes in general are closely related to humans on the evolutionary ladder, but gorillas like Koko aren't the only intelligent ones. 2. The octopuses are coming for your World Cup. 3. 4. 5. Take my advice: Don't mess with a murder.

30 Questions to Ask Yourself Before You Die {Via studioflowerpower on etsy} “Rather than money, than fame, than love…give me truth.” ~ Thoreau I woke up this morning and my life clock marked 30. My first sleep-deprived idea was to pack a small suitcase, get on the first train, move to another country, change my name, change my hair color (or get plastic surgery if needed), and start from scratch. By now, I’m good at both: fighting and disappearing. A true warrior doesn’t feel forced to do either, but moves through and with and for life, like water. So after I washed my face and considered the costs of running and those of fighting, I decided to do neither and have some juice instead. {Alkaline Espresso / Click for recipe.} We are a constant process, an event, we’re change. Our life is the house, the rest are just projections, shadows of the greater structure: even our deepest thoughts, beliefs, you, me and everything and everyone we’ve ever known, are subject to interpretation. Loving the questions means to love yourself. You. Comments

Dolphins 'call each other by name' 22 July 2013Last updated at 19:02 ET By Rebecca Morelle Science reporter, BBC World Service The research sheds new light on the intelligence of dolphins Scientists have found further evidence that dolphins call each other by "name". Research has revealed that the marine mammals use a unique whistle to identify each other. A team from the University of St Andrews in Scotland found that when the animals hear their own call played back to them, they respond. The study is published in the Proceedings of the National Academy of Sciences. Dr Vincent Janik, from the university's Sea Mammal Research Unit, said: "(Dolphins) live in this three-dimensional environment, offshore without any kind of landmarks and they need to stay together as a group. "These animals live in an environment where they need a very efficient system to stay in touch." Signature whistles It had been-long suspected that dolphins use distinctive whistles in much the same way that humans use names. Continue reading the main story