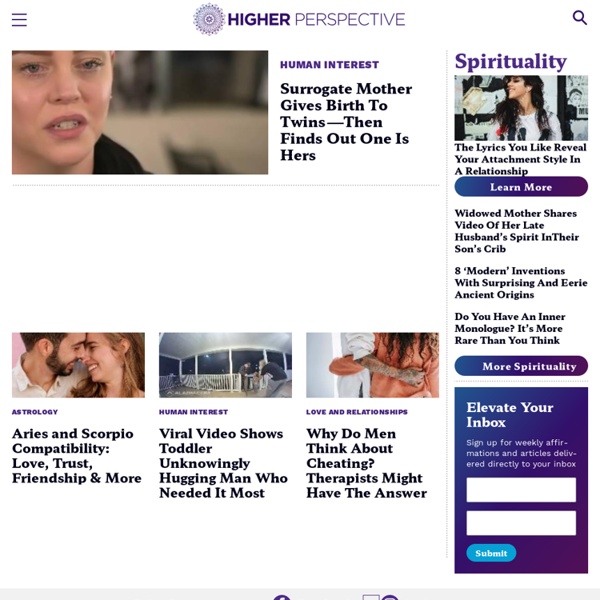 101 Ways to Be Healthy Do the healthy thing, even when it's challenging, inconvenient or considered weird. Take pride in that. Just because it's popular doesn't mean it's smart or good for you. Enlist fellow trend buckers and create a trend of your own. Use your healthy frustration about the unhealthy status quo to spark creativity and determination. Off-Grid How To Build A DIY PVC Self-Feeding Chicken Feeder – Image To Repin / ShareImage – prepforshtf.com Building this “self-feeding” chicken feeder is a simple DIY project that can be done in a few hours and doesn’t require a great deal of skill or any special tools. It is made entirely from PVC pipe and fittings, which are readily available and easy material to work with – new ideas are appearing all the time for practical projects like this one!

A Guide to Living in a Camper Van Living in a camper van or motorhome is a cheap and convenient way to see lots of locations. If you are looking to explore in comfort then it is a great option. I lived in my camper van for 9 months, and loved it. My vehicle was a converted small Mercedes Sprinter which I converted into a camper van. Budget bulk-up Mention a meat-free meal to a seasoned weight lifter and you’ll conjure up terrified notions of “kwashiorkor” (that’s protein malnutrition to the rest of us). If you think meat is the only protein source worth eating then you’re depriving your physique of valuable muscle builders. Meat isn’t as definitive as you think. “Your body lacks the required number of enzymes to digest even 20 per cent of the protein from a juicy steak,” says Dale Pinnock, head nutritionist at the Natural Solutions Clinic (naturalsolutionsclinic.co.uk).

Blog Archive » Measuring Innate Functional Brain Connectivity Functional magnetic resonance imaging (fMRI), a method for safely measuring brain activity, has been around for about 15 years. Within the last 10 of those years a revolutionary, if mysterious, method has been developing using the technology. This method, resting state functional connectivity (rs-fcMRI), has recently gained popularity for its putative ability to measure how brain regions interact innately (outside of any particular task context). Being able to measuring innate functional brain connectivity would allow us to know if a set of regions active during a particular task is, in fact, well connected enough generally to be considered a network. Mind Openerz The wealth of knowledge once reserved for the Ivy League Elite is now being released for free on the internet, power to the people! In the beginning information traveled slow, knowledge was confined to a few buildings around the globe that are guarded by high entry fees and standardized test scores. The number of individuals who could gain access to information was kept to a short acceptance list while many were given an Access Denied.

Why open data & the arts are natural partners #openarts - Edinburgh Festivals Innovation Lab In the run up to Culture Hackday, this is the latest post in our series on open data & the arts. Following on from Ben’s excellent introduction to what open data actually is (and isn’t), here we will start to articulate a vision for where this all might go. Clay Shirky, the renowned commentator on all things digital, has two phrases that I really like. The first is that technology doesn’t become socially useful until it becomes boring. This is patently true – while a particular technology is the latest shiny thing it will only remain the domain of early adopters and lack the ability to truly scale and create widespread impact and change.

Diet: A guide for sports, weightloss and weight gain Ok, a very common one on the forum is based around skinny guys trying to add muscle to their frame. It is usually accompanied by: “Oh my gawd I eatz so much food must have a super high metabolism” To Tug the Heartstrings, Music Must First Tickle the Brain “The song has that triplet going on underneath that pushes it along, and at a certain point I wanted it to stop because the story suddenly turns very serious,” Mr. Simon said in an interview. “The stopping of sounds and rhythms,” he added, “it’s really important, because, you know, how can I miss you unless you’re gone? If you just keep the thing going like a loop, eventually it loses its power.” An insight like this may seem purely subjective, far removed from anything a scientist could measure. But now some scientists are aiming to do just that, trying to understand and quantify what makes music expressive — what specific aspects make one version of, say, a sonata convey more emotion than another.

Artist That Rock: Bansky Street Art There are four basic human needs...food, sleep, sex, and revenge The undeniably profound art of Bansky has been gracing the streets of England for years. Making local law enforcement feel duped, his art often has anti-political messages nothing in the world is more common than unsuccessful people with talent leave the house before you find something worth staying in for Political activist, philanthropist, graffiti artist, and film director, he has worked hard for years to keep his true name and identity out of the media. Four Powers of Maya EACH of the four Yugas, as described by the ancient Hindu sages, has a correspondence with one of the four powers of Maya, the darkness of Illusion that hides from man his Divine nature. Each Yuga brings to mankind in general an opportunity to control and understand one of these universal powers. The four Illusions, Abidyas, of Maya, counting from the grossest to the most subtle, are: This four-fold aspect of Maya is mentioned in the bible in the following passage (Rev. 4:6): "And in the midst of the throne and round about the throne, were four beasts full of eyes before and behind."