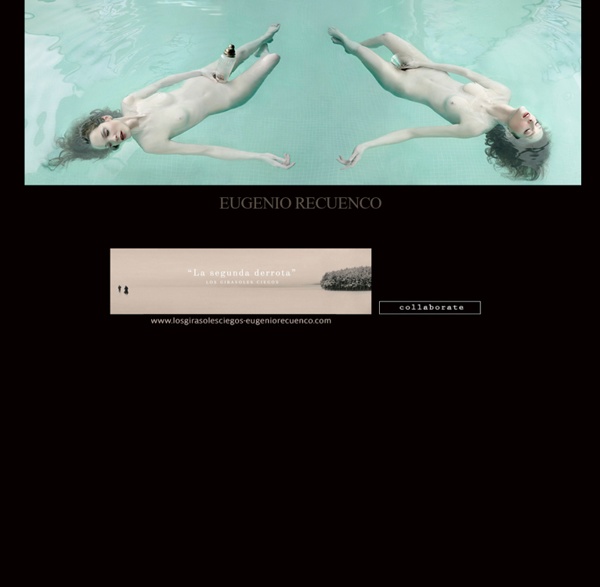 Michael Tittel: Behavior This week we are sharing work submitted to Lenscratch… It does not happen often, but every now and then I will catch someone sneaking a candid of me in public. It is the photographer in me that relates to the strides taken for the perfect image, and because of this I always pretend I cannot see them. I shake their presence off in hopes that I embodied what they needed, that in some way I managed to help them in their quest for a perfect image. Michael Tittel’s photographs satisfy my curiosity for all the photos of me I do not know, that I have not seen. His portrayal of people touches on the humor in coincidence, and brings an evocative narrative to the casual.

Overview — amandacharchian.com "Four as One" for Michael Van Der Ham from Amanda Charchian on Vimeo. Quand Vas Tu Rentrer? By Amanda Charchian from Amanda Charchian on Vimeo. Close Please wait... Untitled Document THE BIGGER PICTURE Nick Ut recalls the Events of June 8, 1972 by Horst Fass and Marianne Fulton By 1972 most U.S. helicopter units had left Vietnam. christophe jacrot RAIN - ASIA Huile 10: 70×105 cm ed 16 / 80×120 cm ed 14 Tokyo crossing: 75×125 cm ed 16 / 90×150 cm ed 12 Feux Super wet: 70×125 cm ed 16 / 90×160 ed 12 Karry Skarbakka’s Free falling Self Shot Photography Kerry Skarbakka tried to capture himself when he was in peril in his self shot photographs titled, “The Struggle to Right Oneself. He captured when he was falling from stairs, trees, train lines etc.He is inspired by Martin Heidegger as the later said that human beings go through perpetual falls. He used special gears at the time of photo-shoot but the shots look so real that it convinces even the best of people that it is real and happening.

8caliber Inspiration #Photography #Fashion #Portrait #Black and White #Studio #United States #Richard Avedon Light Appears to Drip from Trees in these Long-Exposure Photos by Vitor Schietti For his series of experimental photography titled Impermanent Sculptures, photographer Vitor Schietti worked with fireworks and long-exposure photography to illuminate the branches and stems of trees in his native Brazil. The photos are a mixture of in-camera light painting, and a bit of post-processing that can combine up to 12 shots into a final image. He shares with us about the project: LAURENT NIVALLE PHOTOGRAPHY 2012 WILD RUBIS concept car Ferrari magazine Le Mans Classic 2010 - Colors Laure de Sagazan 2013 Men's Cars Series _Alex

Dreamy Animated Light Paintings by Lucea Spinelli NYC-based photographer Lucea Spinelli has a special appreciation for light and motion in her series of moving images titled Phōtosgraphé. She utilizes chairs, swing sets, and park benches as backdrops and props for luminous forms that seem to bounce effortlessly through the frame. In some pieces the light mimics the pathway of ghostly human figures while in others it sparkles like fireflies or expands like a rainbow. You can see more from the series here. Amazing Fire Photography by Tom Lacoste (with Interview) Welcome to another cool and “dangerous” showcase! Our special guest today is Tom Lacoste, a very young French artist. He is not the kind of artist we are used to: first of all, he’s a juggler and then a photographer!

Chris Jordan Exploring around our country's shipping ports and industrial yards, where the accumulated detritus of our consumption is exposed to view like eroded layers in the Grand Canyon, I find evidence of a slow-motion apocalypse in progress. I am appalled by these scenes, and yet also drawn into them with awe and fascination. The immense scale of our consumption can appear desolate, macabre, oddly comical and ironic, and even darkly beautiful; for me its consistent feature is a staggering complexity. The pervasiveness of our consumerism holds a seductive kind of mob mentality. Collectively we are committing a vast and unsustainable act of taking, but we each are anonymous and no one is in charge or accountable for the consequences. I fear that in this process we are doing irreparable harm to our planet and to our individual spirits.