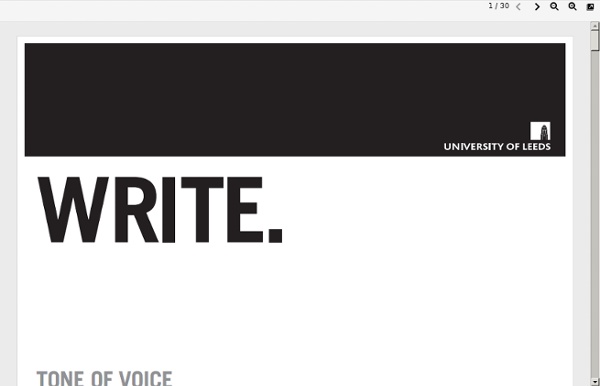 OWL Writing Exercises These OWL resources offer information and exercises on how to clarify sentences and specifically discuss sentence clauses, sentence fragments, sentence structure, and subject-verb agreement. Please use the navigation bar on the left or the links below to access the individual exercises. Sentence Clauses: Independent and Dependent Clauses This resource provides exercises on the differences between independent and dependent clauses that you may print. Once you print the exercise, identify and correct the misuse of these clauses. Sentence Fragments This resource includes three exercises on fragments of increasing difficulty that ask you to identify and correct sentence fragments. Sentence Structure This exercise in this resource asks you to apply your knowledge about common errors in sentence structure: run-ons, commas splices, and fused sentences. Subject-Verb Agreement This resource includes an exercise that asks you to identify the correct verb in a sentence that you may print.

Odd Things in Odd Places: Intro A couple months ago, May Tim got inspired. “You know what would be cool?” May Tim thought to himself, “To send June Tim, July Tim, and August Tim, alone, to a bunch of places where they don’t know anyone and can’t speak to anyone, and they can do a big awesome blog series about it!” May Tim could hardly contain himself. There were some obvious questions—what will June, July, and August Tim actually do in these places, what will the blog posts be about, how will those Tims feel about living out of a bag for the whole summer, how will they answer emails and keep up with normal things while frantically trying to keep May Tim’s promises to readers and live up to the hype May Tim created? Luckily, those questions weren’t May Tim’s problem. The only question that did need to be addressed was where exactly he was going to send those other Tims. May Tim bought tickets, arranged visas, got some shots, and moved on with his life, wiping his hands clean of the whole thing. So that’s the plan.

Why Your Job Cover Letter Sucks (and what you can do to fix it) For the next few months I will be posting the “best of the best” Professor is in blog posts on the job market, for the benefit of all those girding their loins for the 2013-2014 market. Today’s post was originally published in 2011. I’ve now read about two thousand more job letters than I mention here. All the advice still applies. In my 15 years as a faculty member I served on approximately 11 search committees. Estimating that each search brought in an average of 200 applications (a conservative estimate for a field like Anthropology, a generous estimate for a much smaller field like East Asian Languages and Literatures), that means I have read approximately 2200 job applications. That means I’ve read 2200 job cover letters. I’ve also read the cover letters of my own students, and a passel of Ph.D. students who came to me for advice, as well as a large number of clients since opening The Professor is In (as of July 2012 let’s say 600). What’s up with that? Here’s what’s up with that. 1.

Free English Grammar Lessons and Tests V sign For the V sign of dermatomyositis, see Shawl sign. Usage[edit] American actor Steve McQueen flashing the V sign for a mugshot, after being arrested for drunk driving. Singer Robbie Williams using a V sign with palm facing signer as an insult. The meaning of the V sign is partially dependent on the manner in which the hand is positioned: With the back of the hand facing the signer (palm of the hand facing the observer), it can mean: the number twoVictory – in a setting of wartime or competition. Victory sign[edit] The V sign for victory may have been used since antiquity. The V for Victory campaign[edit] On January 14, 1941, Victor de Laveleye, former Belgian Minister of Justice and director of the Belgian French-speaking broadcasts on the BBC (1940–44), suggested in a broadcast that Belgians use a V for victoire (French: “victory”) and vrijheid (Dutch: "freedom") as a rallying emblem during World War II. Winston Churchill giving a V sign in 1943 Vietnam War, victory and peace[edit] U.S. [edit]

An Illustrated Book of Bad Arguments A reader recently wrote in asking if I could share a bit about the process of putting the book together and talk about how the project started. Certainly. I go on two solitary walks every day. There is a small park off the Embarcadero that is tucked away in a quiet spot. It has a pleasant stream flowing through it and an unassuming bench beside that stream. I have made walking to that frail bench a ritual, and the half an hour or so spent daydreaming on it amid the cool San Francisco breeze, an article of faith. It was on a day in October of last year when, during one of those quiet moments on that bench, I recalled my college years and how outspoken I happened to be during them, an observation only made interesting by the fact that I have since turned into the quietest of beings. A realization that coincided with that nostalgic whiff was that a sizable amount of the discourse nowadays continues to be plagued with bad reasoning.

The Six Ways You’re Acting Like a Grad Student (And how that’s killing you on the job market) For the next few months I will be posting the “best of the best” Professor is in blog posts on the job market, for the benefit of all those girding their loins for the 2013-2014 market. Today we have another Special Request post, this one coming from Liz, who asks, “You’re always telling us ‘not to act like graduate students.’ But how do I know when I’m doing it??” Thanks for asking this, Liz. It is an excellent question, especially at the start of the conference and job season. O, you graduate students! How am I going to explain to you all of the ways that you sabotage and undermine yourselves, with the best of intentions, and with complete lack of self-awareness? I wish I could grab each and every one of you, get up in your grill, and say “stop it!” But alas, I have only the means of this blog. 1. Oh. Job market: one of the primary “instant reject” cover letter types is the one that spends more than one paragraph on the dissertation. Please recall that interviews are dialogues. 2. 3. 4.

mshesso:Grammar AA = Avoid Anthropomorphism Do not assign uniquely human qualities to inanimate objects. For instance, results do not think and the literature does not believe. Inanimate objects or concepts can perform actions, such as supporting theories, demonstrating effects, and so forth, but they cannot engage in strictly human activities such as thinking and believing. See Section 3.09 (Precision and Clarity - Attribution), p. 69 of the APA Publication Manual for further details. Return to the Table of Contents. AWO = Awkward Word Order Clear writing depends on a logical word order; placing words in an awkward order can obscure the meaning entirely or confuse the reader. , may have been used to suggest an alternative word order. The APA Publication Manual does not provide further details. BL = Biased Language It is very important to make sure that our language is unbiased and to avoid subtle forms of unintential bias. Describe at the appropriate level of specificity. Be sensitive to labels. See also S/H.

Damsel in distress The damsel in distress or persecuted maiden is a classic theme in world literature, art, film and video games. She is usually a beautiful young woman placed in a dire predicament by a villain or monster and who requires a hero to achieve her rescue. After rescuing her the hero can usually convince the woman to be their wife. The word "damsel" derives from the French demoiselle, meaning "young lady", and the term "damsel in distress" in turn is a translation of the French demoiselle en détresse. History[edit] Antiquity[edit] Another early example of a damsel in distress is Sita in the ancient Indian epic Ramayana. Middle Ages[edit] European fairy tales frequently feature damsels in distress. A number of tales in the One Thousand and One Nights (Arabian Nights) also feature damsels in distress. The damsel in distress was an archetypal character of medieval romances, where typically she was rescued from imprisonment in a tower of a castle by a knight-errant. 17th century[edit]

OWL: Subject/Verb Agreement Summary: Ever get "subject/verb agreement" as an error on a paper? This handout will help you understand this common grammar problem. Contributors:Joshua M. This handout gives you several guidelines to help your subjects and verbs agree. 1. She and her friends are at the fair. 2. The book or the pen is in the drawer. 3. The boy or his friends run every day. His friends or the boy runs every day. 4. He doesn't like it. They don't like it. 5. One of the boxes is open The people who listen to that music are few. The team captain, as well as his players, is anxious. The book, including all the chapters in the first section, is boring. The woman with all the dogs walks down my street. 6. Each of these hot dogs is juicy. Everybody knows Mr. Either is correct. 7. The news is on at six. Note: the word dollars is a special case. Five dollars is a lot of money. Dollars are often used instead of rubles in Russia. 8. These scissors are dull. Those trousers are made of wool. 9. There are many questions. 10. 11.

Rule of three (writing) The rule of three is a writing principle that suggests that things that come in threes are inherently funnier, more satisfying, or more effective than other numbers of things.[citation needed] The reader or audience of this form of text is also more likely to consume information if it is written in groups of threes. From slogans ("Go, fight, win!") A series of three often creates a progression in which the tension is created, built up, and finally released. The Latin phrase, "omne trium perfectum" (everything that comes in threes is perfect, or, every set of three is complete) conveys the same idea as the rule of three. In comedy, it is also called a comic triple. Snow White receives three visits from her wicked stepmother In many tales, three tasks must be performed to reach a certain goal. The use of a series of three elements is also a well-known feature of public oratory. Jump up ^ Propp, Vladimir.