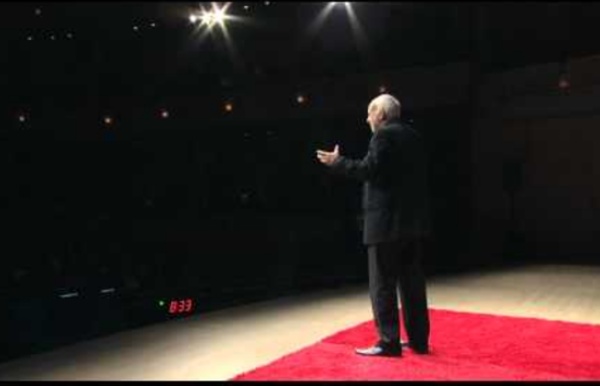 Shakespeare - Romeo and Juliet The story of Romeo and Juliet takes place in Verona in Italy. Two families, the Montagues and the Capulets, hate each other so much that they fight on the street whenever they meet. One of these families, the Capulets, organises a big party so that they can introduce their daughter Juliet to a rich nobleman, Count Paris, who has asked to marry her. Romeo is the son of the Montague family, and is also about 14. That night, at the party, Romeo meets Juliet, and they fall in love at first sight. Juliet’s cousin, Tybalt, gets angry very easily. Meanwhile, the Capulets decide that Juliet must marry Count Paris immediately. When the guests arrive for Juliet’s wedding the next day, Juliet’s lifeless body is discovered. When the Capulets and Montagues discover both their children dead, they are united in their sadness.

What Inspired Shakespeare? What Inspired Shakespeare? From great classical authors like Ovid and Seneca, to English historians like Holinshed, Shakespeare's greatest influences were the works of other great writers. With the exception of A Midsummer Night's Dream, Love's Labour's Lost and The Tempest, which are wholly original stories, Shakespeare borrowed his plots, down to fine detail. You can read about what Shakespeare read as he crafted each play in my sources section. Here is a brief biography of two of Shakespeare's favourite authors: Geoffery Chaucer (1340-1400) Even though Chaucer wrote his poetry in Middle English, he is still regarded as one of England's finest poets. Plutarch (46-120 AD) Plutarch was the son of Aristobulus, an important biographer and philosopher. For more on Shakespeare's debt to Plutarch please see the following articles: Plutarch's Influence on Shakespeare and Other Writers of the Sixteenth Century An Analysis of Shakespeare's Indebtedness to North's Plutarch More Resources

Shakespeare's influence on modern literature I have just finished reading a really good book called Juliet written by the American author Anne Fortier. I finished this book in under a week as the story was so compelling, each page had me gripped. The main character in the book is called Julie Jacobs or Guilietta Tolomei as we later discover. She lives in Virginia on the east coast of America. After receiving the news that her aunt has died she rushes home and is launched into a quest of family secrets, love and danger. There have been many rumours that Shakespeare was not responsible for all of his great works and this book is fiction, but it suggests that Romeo and Juliet is set in Siena rather than the famous Verona. One element that I really liked about this book is that it switches between the present day and 1640 AD. I loved reading this book as it gave a new perspective to Shakespeare's famous Romeo and Juliet.

Why is Shakespeare Important? Why Study Shakespeare? The Reasons Behind Shakespeare's Influence and Popularity Ben Jonson anticipated Shakespeare's dazzling future when he declared, "He was not of an age, but for all time!" in the preface to the First Folio. While most people know that Shakespeare is, in fact, the most popular dramatist and poet the Western world has ever produced, students new to his work often wonder why this is so. 1) Illumination of the Human Experience Shakespeare's ability to summarize the range of human emotions in simple yet profoundly eloquent verse is perhaps the greatest reason for his enduring popularity. Here are some examples of Shakespeare's most popular passages: • The seven ages of man • Shall I compare thee to a summer's day? 2) Great Stories Marchette Chute, in the Introduction to her famous retelling of Shakespeare's stories, summarizes one of the reasons for Shakespeare's immeasurable fame: William Shakespeare was the most remarkable storyteller that the world has ever known.

Who was William Shakespeare? William Shakespeare is known across the world as the writer of plays such as Romeo and Juliet and Hamlet, and as one of the most famous British people ever. Sometimes known simply as ‘the Bard’, he lived over four hundred years ago – not bad for the son of a man who made a living from making gloves. Part of the fascination is that despite being so well-known we don’t actually have much information about him; even his name is spelt differently each time it appears, ranging from ‘Shak-peare’ to ‘Shaksper’. Over the years people have argued long and hard about whether he wrote the plays, although these days he’s generally accepted as the author of about thirty-eight plays, some of which were written in partnership with others. He also wrote lots of famous poetry. Baptised on 26th April, 1564, his actual birthday isn’t known but conveniently England’s national day, St George’s Day, is the 23rd of April so over the years this is when his birth has been celebrated.

Did Shakespeare really write his own plays? - Ask History Most scholars accept that William Shakespeare was born in Stratford-upon-Avon, and spent time acting in London before returning to Stratford, where he lived until his death in 1616. But actual documentation of his life is pitifully scarce: little more than several signatures, records of his marriage to Anne Hathaway and the birth of their children, a three-page will and some business papers unrelated to writing. Above all, nothing has been found documenting the composition of the 37 plays and 154 sonnets attributed to him, collectively considered the greatest body of work in the history of the English language. Since the 19th century, a roster of famous people–Henry James, Sigmund Freud, Mark Twain, Helen Keller, Charlie Chaplin and many others—have voiced their doubts about the man from Stratford. But until hard evidence surfaces linking his plays to someone else, the man with the strongest claim to the plays of William Shakespeare appears to be…William Shakespeare.

Shakespeare William Shakespeare was a poet and a playwright and is widely regarded as the greatest writer in the English language. He was born in Stratford-upon-Avon, in central England, in 1564 and he died in 1616. His surviving work consists of 38 plays, 154 sonnets and some other poems. When William Shakespeare was 18 years old he married Anne Hathaway, and they had three children. Shakespeare’s work is still very popular today. Here is a selection of Shakespeare’s plays. The Merchant of Venice This play is about the idea that people usually get what they deserve in the end, good or bad. Hamlet This play is about revenge and also about how difficult it is to take action sometimes, even when it is important. As You Like It This play is a comedy about romantic love. Henry V This is a history play about a famous English king, and a famous battle, Agincourt. Which play would you like to see?

The life of Shakespeare | TeachingEnglish | British Council | BBC This lesson is about Shakespeare’s life. It provides students with an insight into the major events of his life, with a focus on pronunciation of past tense forms, asking questions and the lexis of life events. Topic: The life of Shakespeare Level: A2 Time: 80 minutes Aims To develop students’ ability to read for detail, read aloud, transcribe dictated text, ask and answer questionsTo develop students’ vocabulary of life eventsTo give practice with reading, writing, listening and speaking, focusing on pronunciationTo raise students’ awareness of Shakespeare, his life and work Materials: Student worksheet A & BShakespeare's life timeline - Cut into strips

Did Shakespeare Really Write His Plays? A Few Theories Examined Edward de Vere, 17th Earl of Oxford Edward de Vere, 17th Earl of Oxford (1550 -1604) was a relatively late entrant into the Shakespeare authorship wars, but for the past nine decades, Oxfordians, as they’ve come to be known, have presented the dominant challenge to Stratfordians, that is, to those who believe William Shakespeare wrote his own plays. The candidacy of the Earl of Oxford was first proposed in 1920 by the unfortunately named J.T. Looney (though it’s pronounced “loney”) in his book Shakespeare Identified. Since then, the case for de Vere’s authorship has been bolstered by famous supporters such as Sigmund Freud, as well as by the formation of Oxford societies on both sides of the Atlantic, including one formed by a descendent of de Vere himself. Now, with the movie Anonymous, the argument for the Earl of Oxford is getting the big screen treatment. Actually, it’s not the first time the theory has been mentioned on the big screen. NEXT: The case for Shakespeare himself

Women in Shakespeare's plays This lesson examines the role of women in Shakespeare’s day (16th/17th century), and compares this with the roles and characters of some of the women in his plays. Topic: The role of women in the times and works of Shakespeare Level: B2 Time: 90 minutes Aims: To develop students’ reading and speaking skillsTo develop students’ vocabulary (adjectives of personality)To increase students’ familiarity with female characters in Shakespeare’s plays Copyright - please read All the materials on these pages are free for you to download and copy for educational use only.

Shakespeare First Folio found in French library | Stage A rare and valuable William Shakespeare First Folio has been discovered in a provincial town in France. The book – one of only 230 believed to still exist - had lain undisturbed in the library at Saint-Omer in the north of France for 200 years. Medieval literature expert Rémy Cordonnier was searching for books to use in a planned exhibition of “Anglo-Saxon” authors when he stumbled across the 1623 tome in September. Cordonnier, a librarian, said that at first he had no idea that the battered book in his hands was a treasure. “It had been wrongly identified in our catalogue as a book of Shakespeare plays most likely dating from the 18th century,” he said on Tuesday. Cordonnier contacted one of the world’s most eminent authorities on Shakespeare, Prof Eric Rasmussen of the University of Nevada in Reno, who – as luck would have it – was in London working at the British Library. “He was very interested by the elements I had sent him by mail and said he would come over and take a look.