What's The Brightest Thing In the Universe? 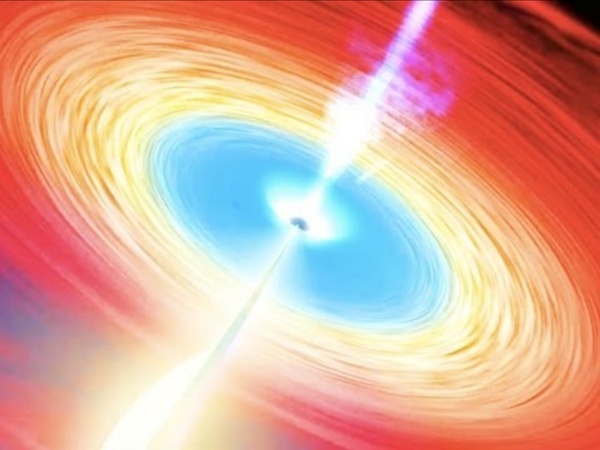 THIS Is Why We Should Unplug, Power Down...And LIVE. THIS Is Why We Should Unplug, Power Down...And... THIS Is Why We Should Unplug, Power Down...And LIVE. Life Inspirational christyn.andrade for PrinceEA Sputnik NASA Main Page Multimedia Interactive Feature on 50th Anniversary of the Space Age Sputnik and The Dawn of the Space Age History changed on October 4, 1957, when the Soviet Union successfully launched Sputnik I. Smarter Every Day Twitter SmarterEveryDay Loading... Working... The Backwards Brain Bicycle - Smarter Every Day 133 14,875,581 views 1 year ago Get your own here ⇒ Shirt: Support Link: ⇒ ⇐ ↓↓↓↓↓↓↓READ MORE: ↓↓↓↓↓↓↓Here's the link from the Amsterdam meetup! Big Think There are only two events in the universe that defy the laws of physics: black holes and the big bang, and while scientists try to explain them, crucial evidence may be eaten up in the meantime. Christophe Galfard's book is "The Universe in Your Hand A Journey Through Space, Time, and Beyond" ( Read more at BigThink.com: Follow Big Think here:YouTube: Transcript - The interesting thing about trying to unravel the laws of nature is that yes, we have found some laws. We understand gravity to some extent.

Moon landing Clickable imagemap of the locations of all successful soft landings on the Moon to date. Dates are landing dates in UTC. Still frame from a video transmission, taken moments before Neil Armstrong became the first human to step onto the surface of the Moon, at 02:56 UTC on 21 July 1969. An estimated 500 million people worldwide watched this event, the largest television audience for a live broadcast at that time.[1][2] Luna 2, the first object made on Earth to reach the surface of the Moon. A moon landing is the arrival of a spacecraft on the surface of the Moon.

TopDocumentaryFilms.com From the creator of the zeitgeist film series, Peter Joseph, comes the worst reality show of all time: the real one. This opening show addresses the coming 2012 US Presidential Election and the subject of what we perceive as "Democracy" in the world today. The well known advocate of the scientific thought Carl Sagan once invited the question: If we are visited by a superior species from another part of the galaxy and forced to explain to them our stewardship of our planet, not to mention the state of the human affairs today, would we be proud of what we describe? How do we frame our explanation that almost half of the world, over 3 billion people, are either barely surviving in abject poverty and sickness, or are simply dying off unnecessarily at a rate of about one person every couple of seconds, all occurring in the wake of an advanced technological realities. Watch the full documentary now

Apollo 11 Broadcast on live TV to a world-wide audience, Armstrong stepped onto the lunar surface and described the event as "one small step for [a] man, one giant leap for mankind." Apollo 11 effectively ended the Space Race and fulfilled a national goal proposed in 1961 by the late U.S. President John F. Innerstanding Are you interested in the most advanced spiritual knowledge available? Enroll in the Innerversity today and expand! Download this amazing Frequency Guide and learn the effects of thousands of frequencies. Its free! Looking for real Elements that have been proven to promote activation?