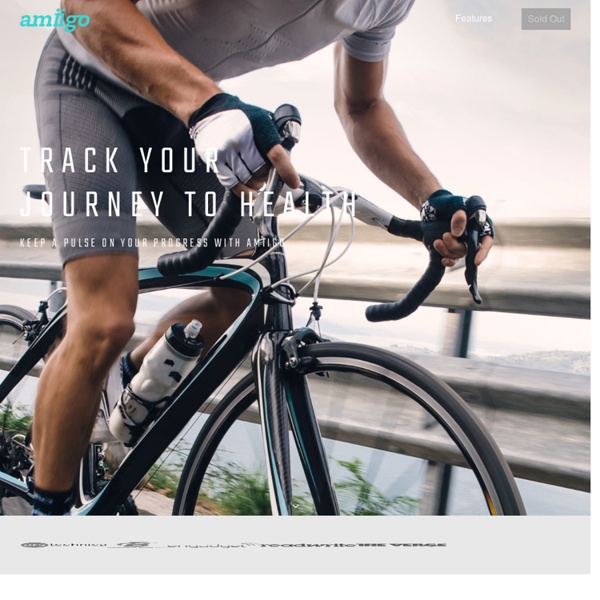 Fitbit Best fitness trackers 2015: Jawbone, Misfit, Fitbit, Garmin and more Picking out the best fitness tracker is a mind-bogglingly difficult prospect. It's not just about Fitbit and Jawbone anymore. Now everyone wants a piece of the action. The right activity tracker for you will be based on your individual needs; whether that's accurate step counting, reliable sleep tracking or 24/7 heart rate tracking. The new tech and sensors on the latest bands blur the lines even further. Essential reading: Best smartwatch round-up Now that we've had our chance to live with the latest new Fitbits, we've completely reworked our round up of the best fitness trackers and added a new at-a-glance feature list to try and make it easier to spot the right band for you. Got any questions about fitness trackers? Best overall fitness tracker Fitbit Blaze The Fitbit Blaze is the company's best looking fitness tracker by a country mile, and while it's not bringing anything groundbreaking to the party, it's proof that Fitbit has not lost touch with what makes a good fitness tracker.

Withings - Smart products and apps - Homepage Wearable Technology Pros and Cons - Humavox It seems that wearable technology is here to stay. Whether it be because of the buzz behind the Fitbit fitness tracker or the new Apple Watch, wearables are making a splash. So what are wearables? Inside this fairly diverse category named wearables are different innovative (worn) technologies such as smart glasses (VR & AR glasses), activity trackers, smartwatches, Head-Mounted Displays, smart clothing, wireless earbuds, wearable cameras, wearable ECG monitors, hearing aids and more. This broad category is set on influencing our lives so to properly prepare we lay before you the pros and cons of the current different wearable technologies. Pros: 1. Most consumer and enterprise wearables can receive messages, communicate with others and provide visual aids, all the while the user’s hands remain free for use. 2. Many wearables today have the ability to retrieve different physiological parameters about you as a user. 3. 4. Cons: 1. 2. 3.

Healthcare system in India- Important facts you should know about - Healthcare IT Solutions India is the only country in the whole world that is performing development with large number of facts and this is also accepted by the other people that India is more powerful and also has a great knowledge in all the fields more than others. Healthcare software services may be a new concept for India and its population but with the help of Vedas and old books, this is making efforts in the medical field from the hundreds of years. Most of the countries have make a great research related to the medical field but do you know that what they are observing now with the help of hi tech machines, our pundits and writers of those Vedas have already mentioned in their experiences. India is a powerful country but now this is also accepted by the other countries strongly. In India, approximately 70 percent population is still living in rural areas and have to face lots of health problems and other related problems due to some circumstances.

Massive Health We are proud to say that we have been acquired by a company that not only leads in consumer products, but is the leading company in consumer health. They do hardware. They breathe design. They are FastCompany's second most innovative consumer tech company (beaten only by Apple—and we're coming for you, Apple). They are: Massive Health was a company born from a passion to make products that make being healthy as easy as using an iPhone. We sit at a watershed moment in history as mobile, data, social, and medicine collide. Excited? join our team

How tech and smartphones are transforming the infrastructure-intensive healthcare industry “When we were building Wockhardt Hospitals, for over 19 years we had close to 3,000 beds and were the second largest. And the largest hospital boasts of 7,000 beds. Currently, there’s a spend of close to USD 1,85,000 per bed. One of the biggest problems in the country is infrastructure development,” said Vishal Bali of Medwell Ventures at the Decoding Healthcare event by Unitus Seed Fund in Bengaluru this week. For a population of over a billion people, the healthcare market in India is growing at CAGR 17 per cent. Growing sector but many hurdles The Ministry of Health, Government of India, stated that in the 2016 financial year, there will be development of 50 technologies for the treatment of diseases like cancer and tuberculosis. There seems to be a global shift towards focussing on the preventive cure and wellness segment. “But the bigger equation of accessibility and affordability is what constantly plays healthcare,” added Vishal. Four Ps of healthcare Prescribing apps

Virtual Reality In Healthcare: Where’s The Innovation? Virtual reality is no longer just about video gaming; it holds promise as nothing short of revolutionary for just about every other industry, as well. Since 2012, there has been an incredible explosion of interest and hype around mass market virtual reality (VR) thanks to head mounted display (HMD) products in development like the Oculus Rift, HTC Vive, Gear VR and Google Cardboard. The technology has advanced to the point where very high-quality VR experiences are possible at reasonable price points, and should be widely available to consumers within a year. There are a few industries that have been making use of VR technology for decades, and healthcare is one of them. The number of virtual reality-related research articles in the Pubmed database have increased over the last 10 years from 204 publications in 2004 to 720 publications in 2014. However, there are still a fairly modest number of technology companies translating this research into practical VR applications.

4 key tactics to improve your mobile app conversion funnel Whether your key conversion point is when a user registers, completes a profile, signs up for a subscription or reserves a seat, it’s increasingly critical for mobile marketers to look beyond the install and optimize their conversion funnel for cost-effective user acquisition and growth. And, once this funnel is optimized, that’s when marketers can step on the gas and truly focus on scaling customer acquisition. Yet, getting started with optimizing your user acquisition funnel can seem like an overly daunting task – where to start? Which conversion points are the most important to focus on first? What are the best ways to measure and test improvements? But, improving your conversion funnel is critical for driving bottom line revenue. “While you may have some intuition about it, it’s important to go into the optimization process without too many preconceptions and then let the data tell you,” says Jon Michaeli, EVP of Marketing & Business Development at Medisafe. TACTIC 4: Value Exchange

Scientifically validated Rs 5 anti-diabetes herbal drug launched by CSIR LUCKNOW: A scientifically validated anti-diabetes herbal drug, named 'BGR-34', was launched by a Council of Scientific and Industrial Research (CSIR) lab in Lucknow on Sunday. A combination of natural extracts from plants, the drug is based on Ayurveda and has no side effects. The drug is for management of type-II diabetes mellitus. The drug has been jointly developed by two CSIR laboratories, National Botanical Research Institute (NBRI) and Central Institute for Medicinal and Aromatic Plant (CIMAP). READ ALSO: Germany's Boehringer to roll out new diabetes drug "The drug has extracts from four plants mentioned in Ayurveda and that makes it safe," said Dr AKS Rawat, senior principal scientist, NBRI. The drug boosts immune system, works as antioxidant and checks free radicals. The drug will help maintain normal blood glucose levels, reduce chances of complications due to persistent high blood glucose levels and impart a good quality life to patients with high blood sugar levels.