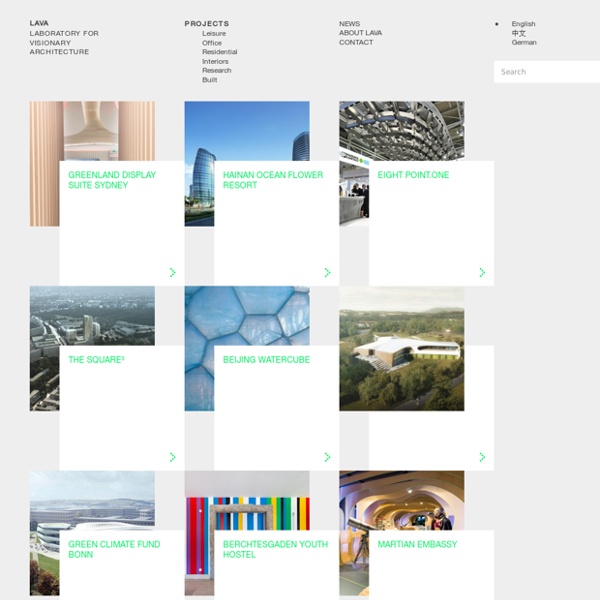 Sou Fujimoto Architects / 藤本壮介建築設計事務所 About Spatial Agency is a project that presents a new way of looking at how buildings and space can be produced. Moving away from architecture's traditional focus on the look and making of buildings, Spatial Agency proposes a much more expansive field of opportunities in which architects and non-architects can operate. It suggests other ways of doing architecture. In the spirit of Cedric Price the project started with the belief that a building is not necessarily the best solution to a spatial problem. The project attempts to uncover a second history of architecture, one that moves sharply away from the figure of the architect as individual hero, and replaces it with a much more collaborative approach in which agents act with, and on behalf of, others. Although Spatial Agency started out as a critique of the conservative tendencies of mainstream practice, it ended up as a celebration of the bravery, canniness and optimism of an inspiring group of historical and contemporary figures.

aff architekten _ home Block H by Kohn Pedersen Fox Skyscrapers in Seoul: here's yet another skyscraper proposal for the architectural zoo that is the Yongsan International Business District of Seoul - this time a 385-metre-high tower by architects Kohn Pedersen Fox with a vertiginous swimming pool sticking out two thirds of the way up. Block H will be located in the northeast corner of the fast-growing commercial district that was masterplanned by Daniel Libeskind, where fifteen other architects have also been commissioned by South Korean developer DreamHub to design landmark towers. The body of the tower will be split into three wings, with floors that gradually step inwards to create rooftop gardens for the apartments and five star hotel housed inside. The swimming pool is to be located on the roof of one of these wings and will cantilever precariously over the edge. See all of our stories about the district here and see images of each project in our special slideshow feature. See all our stories about skyscrapers »

66 Most Popular Architecture Websites The other day I was wondering if ArchDaily updated its YAMoPo -- Yet Another Most Popular Site Ranking -- of architecture websites. Well, apparently the last one was in 2009 (the same year as Eikongraphia's last MoPo ranking of architecture blogs), and since things have changed a good deal in these short two years I figured it was time somebody did a new ranking. Like ArchDaily, the rankings are based on Alexa, so I could use one resource for compiling the below list of 66 English-language websites*. The rankings are based on Alexa's Global Traffic Rank for July 11, 2011; their rank is a measure of a site's popularity over the past three months based on the combination of visitors and pageviews**. A website was considered for inclusion if architecture is either its main focus or one of its major subject areas; this is not meant to be an exclusive list, but one that acknowledges the presence of cross-disciplinary writing and browsing online.

JDS Architects Aesthetics On-Line Francis Kere Architecture House in Yamasaki with rooftop sheds by Tato Architects The top floor rooms of this house in Japan by Tato Architects are contained inside sheds that sit on the roof (+ slideshow). Located in a residential area in Hyogo Prefecture, the house was designed for a family with two children. "The residents requested that, as the area has short hours of sunlight in winter, they'd like to bring in as much light as possible," architect Yo Shimada of Tato Architects told Dezeen. To achieve this, the architect designed two of the rooftop sheds like greenhouses with translucent polycarbonate walls that let light through into the study room and bathroom contained inside, as well as down to the ground floor spaces below. A layer of translucent insulation prevents the bathroom walls becoming too transparent. "There is no problem because they are not clear enough to expose more than the silhouettes," explained Shimada. The third shed has opaque walls to create more privacy for a guest bedroom. Here's some more information from Yo Shimada: Overhead courtyard