Math Playground - Online Math Games that Give your Brain a Workout 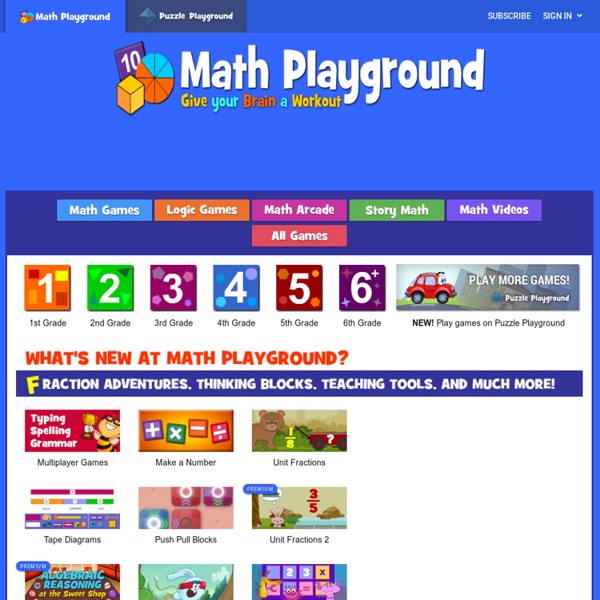 MISTM - Maine's Impact Study of Technology in Mathematics Maine's Impact Study of Technology in Mathematics (MISTM) was a federally funded collaboration among the Maine Learning Technology Initiative (MLTI) through the Maine Department of Education (DOE), Maine Education Policy Research Institute (MEPRI) and Education Development Center (EDC) in Newton, MA designed to examine the influence of a technology-infused professional development program for 7th and 8th grade mathematics teachers on the mathematics achievement of rural middle school students in technology-rich classrooms. The core goal of the professional development program was to enable grade 7 and 8 teachers and their students in low-performing rural schools to take full advantage of universal laptop availability to enhance mathematics teaching and learning and improve student achievement in mathematics. The primary standards and indicators that were targeted in the intervention were from Cluster 1 and 3 of the Maine Learning Results. These were:

Dr. Nicki's Guided Math Blog What is Guided Math? - Guided Math Guided Math is similar to Guided Reading in that the teacher puts the students into small groups and the students work on specific standards being taught in centers around the room. You should try your hardest to have all the centers hitting the same topic. Students are placed in ability level groups and taught the standards of the curriculum. Differentiation is achieved as students are in different groups and instruction is changed to hit the needs of the student. Download What is Guided Math Click on one of the sheets below for a guide to what guided math will look like in your class. Guided Math Planning Sheet Guided Math Planning Sheet 2 Download Guided Math Plan 3 The first thing I say is make it work for you. Day 1- Pretest, mini lesson on topic, go over centers, whole group activity to get them thinking about concept (acceleration). FOR PRETEST you could give a 5 question quiz to see what the kids know. Day 2- Centers ** Day 4- Centers (Aim for about 4-5 kids per group) **

Algebra The word "algebra" is a distortion of the Arabic title of a treatise by al-Khwārizmī about algebraic methods. In modern usage, algebra has several meanings. One use of the word "algebra" is the abstract study of number systems and operations within them, including such advanced topics as groups, rings, invariant theory, and cohomology. The word "algebra" can also refer to the "school algebra" generally taught in American middle and high schools. Finally, the word is used in a third way, not as a subject area but as a particular type of algebraic structure. over a field with a multiplication. and must satisfy An algebra is sometimes implicitly assumed to be associative or to possess a multiplicative identity. Examples of algebras include the algebra of real numbers, vectors and matrices, tensors, complex numbers, and quaternions.

Addition & Subtraction Games Students place markers on the numbers 2-12. Students toss two 6-sided dice, find the sum and remove a marker from that number, if there is still one. The first player to remove all markers wins the game. This game can be used as addition practice or as an introduction to the probability of the different outcomes of rolling two dice. Download the Face Off!

Illustrated Standards Count to 100 by ones and by tens. (see illustrations) Count forward beginning from a given number within the known sequence (instead of having to begin at 1). (see illustrations) Write numbers from 0 to 20. Understand the relationship between numbers and quantities; connect counting to cardinality. When counting objects, say the number names in the standard order, pairing each object with one and only one number name and each number name with one and only one object. Understand that the last number name said tells the number of objects counted. Understand that each successive number name refers to a quantity that is one larger. Count to answer “how many?” Identify whether the number of objects in one group is greater than, less than, or equal to the number of objects in another group, e.g., by using matching and counting strategies. Compare two numbers between 1 and 10 presented as written numerals. Fluently add and subtract within 5. Recognize area as additive.