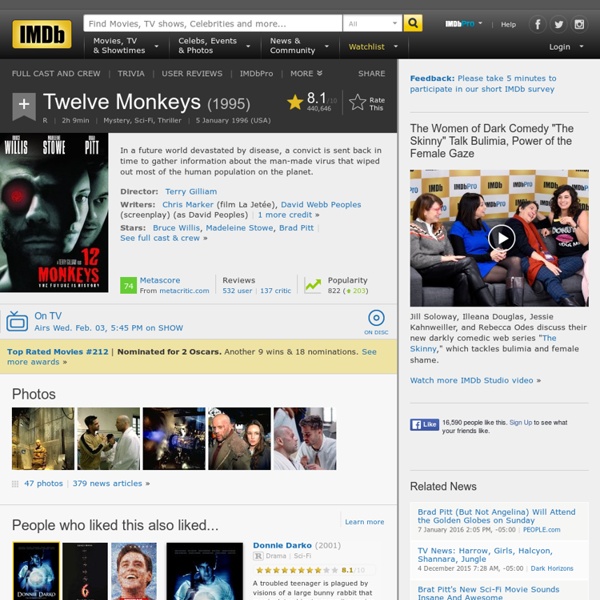 Screamers (1995) Drachenzähmen leicht gemacht (2010) The Bitterroot Footage My name is Chad. I'm a student at a university in New York. I just moved to a studio apartment and needed some furniture. I found a guy on Craigslist that wanted to desperately get rid of his things at super cheap prices so I went to check it out. He sold things in bulk to get rid of as much things as possible. I bought a small table and it came with a bunch of other random things. An old wooden box caught my attention. The film was pretty damaged so I just kept it on my bookshelf as decoration, but I couldn't get the images of the pictures out of my head. With help from Dario, we got an old 8mm projector in good working condition on Ebay. I asked my friend to help me make this website so I can share my findings. Wooden Box and photos Open Box with film can and photos One of the photos The projector we're using with plastic reels. Footage online The Photos are online as I promised. Main Page

eXistenZ (1999) Gandhi (1982) Top 10 Creepy Girls in Fiction Movies and TV A recent trend in media is the idea that children are scary or creepy. Girls seem to be particularly popular – from pale-faced, stringy-haired ghosts to demonically possessed victims, creepy girls are becoming a common feature in horror films and other genres. This list covers ten creepy girls who have appeared in films, TV and video games in the past thirty or so years, to frighten or fascinate audiences. Most can be terrifying but have a sense of sympathy to them, or some are just unstoppable creatures of evil wanting to rip the world apart. Eli and Abby Let the Right One In/Let Me In Swedish film Let the Right One In and its American remake Let Me In are a pair of delightful horror/romance films featuring a twelve-year old boy befriending and eventually loving a vampire girl, respectfully named Eli and Abby in the two films. Alessa Gillespie Silent Hill This poor psychic girl had a rough life living in Silent Hill. Wednesday Addams The Addams Family The Diclonius Elfen Lied

Contact (1997) Good Will Hunting - Der gute Will Hunting (1997) 14 Bizarre Movies Everyone Should See I love movies and I know I’m not alone in this. Every once and awhile I like to sit back and watch something that isn’t of the norm, something that is bizarre. Some of my favorite movies of all time are also some of the more bizarre movies I’ve seen. Here is small selection of movies that I think are excellent movie, but also very bizarre. Hope you enjoy, please comment! Eraserhead Eraserhead is a surrealist-horror film written and directed by David Lynch, and released in 1977. Brazil Brazil is a 1985 film directed by Terry Gilliam. Pink Floyd’s The Wall Pink Floyd The Wall is a 1982 musical film by British director Alan Parker based on the 1979 Pink Floyd album The Wall. Battle Royale Battle Royale is a 2000 Japanese film based on the novel of the same name and directed by Kinji Fukasaku. Clockwork Orange A Clockwork Orange is a 1971 satirical science fiction film adaptation of a 1962 novel of the same name, written by Anthony Burgess. 200 Motels A Scanner Darkly The Magic Christian Scanners