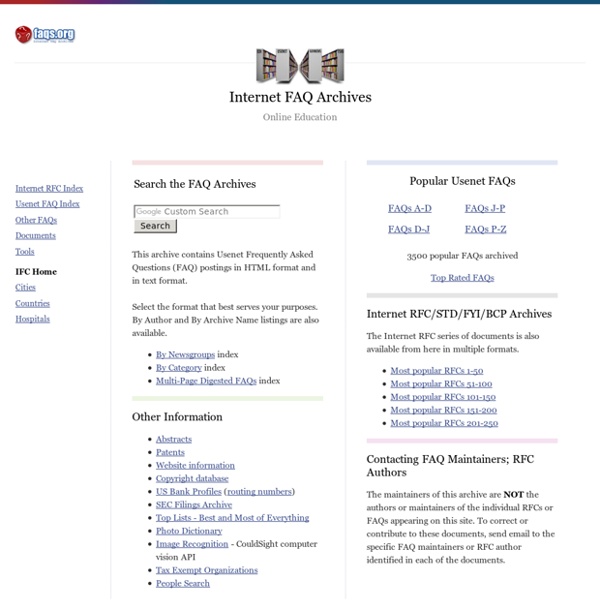 World Wide Web Research Tools World Wide Web Research ToolsRobert Harris + February 17, 2014 Yes, I know that Google is the search tool of choice preferred by many people as their go-to guy when they want to know something or find a photo. But you ought to use a variety of search tools when you need to do an in-depth look for something. Besides, just because you have a really good pair of needle nose pliers in your toolbox, you wouldn't say you don't need a pair of lineman's pliers, too, would you? Or to change metaphors, just because you already have a really good pair of shoes in your closet, you wouldn't say you don't need any more shoes, would you?

Defining Methods (The Java™ Tutorials > Learning the Java Language > Classes and Objects) Here is an example of a typical method declaration: public double calculateAnswer(double wingSpan, int numberOfEngines, double length, double grossTons) { //do the calculation here } The only required elements of a method declaration are the method's return type, name, a pair of parentheses, (), and a body between braces, {}. More generally, method declarations have six components, in order: Modifiers—such as public, private, and others you will learn about later.The return type—the data type of the value returned by the method, or void if the method does not return a value.The method name—the rules for field names apply to method names as well, but the convention is a little different.The parameter list in parenthesis—a comma-delimited list of input parameters, preceded by their data types, enclosed by parentheses, (). Modifiers, return types, and parameters will be discussed later in this lesson.

Inventors, Innovators, Innovations, Inventions Past Present and Future CBS asks for more money from a declining Time-Warner Cable, while customers can get it nearly free online or via an antenna. Before Google Glass' latest patch, a picture could have been worth a thousand hacks. It might be the technology of the future — but not of the present, judging by the simplistic and surprisingly expensive items offered so far. Bigger isn't always better. Two roboticists weigh in on just what it would take to make a giant robot—and why humanity should probably look elsewhere for defense against alien invaders. A new exhibit at the Design Museum in London features 3D-printing robots, carbon fiber looms, biodegradable sneakers and more.

20 Super Brain Foods « Zen We know that the foods we eat affect the body but they can have even more influence on how well our brain functions. What we eat can have a POWERFUL affect on our brain’s energy, how the mind handles tasks, and our general mood. Our focus here is on those particular nutrients found in foods that enhance neuron firing and cross-linking in the brain. The foods listed below can help you: concentrate, increase memory, tune sensorimotor skills, keep you motivated, speed up your reaction time, control stress, and even slow down the aging of brain cells! Jetpack Flight Log » High Quality Ruby on Rails Example Applications Sometimes to best way to get up to speed with a new technology is learning by example. I have compiled a list of fully featured, production ready example applications that I consider to be of very decent quality. Most are RESTful and all have good-great test coverage. I listed components like the authentication, templating, and testing frameworks they employ – perhaps useful if you are looking for examples of say cucumber stories, or maybe how to use haml markup.

Java loops Imagine you have to write a program which performs a repetitive task such as printing 1 to 100. Coding 100 lines to do this would be mundane. There has to be an easier way, right? This is where loops come into the picture. Loops are specifically designed to perform repetitive tasks with one set of code. Loops save a lot of time. Knowledge Hound - The Web's biggest how-to directory! Most of these articles come from my old website, Knowledge Hound. It was the web's first how-to directory; that is, a curated collection of third-party links. I founded the site in 1997 as How-To Heaven after becoming frustrated with how difficult it was to find tutorials. (This was long before Google came onto the scene.) Within a month of creation, the site garnered a national award from Earthlink, and visits quickly rose. In 1999, I joined forces with a silent partner and rebranded the site as Knowledge Hound.

Design pattern in simple examples Instead of defining what is design pattern lets define what we mean by design and what we mean by pattern. According to me design is blue print or sketch of something so it can be defined as creation of something in mind. Moving to pattern, we can define it as guideline, or something that repeats. Now the definition of design pattern becomes creating something in mind that repeats or in other words capturing design ideas as a "pattern" to the problems. Some problem patterns happen over and over again in a given context and Design Pattern provides a core of the solution in such a way that you can use the core solution every time but implementation should and may vary and the main reason behind that is we have the core solution and not the exact solution.