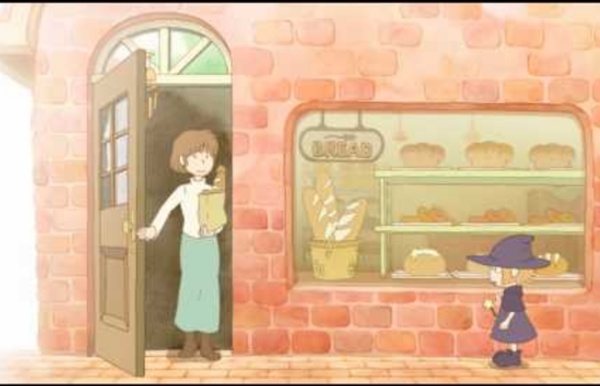 Help Me, Doctor - WireTap - CBC Player May 18, 2008 | 26:29WireTap Klosterman's Questions Audio WireTap Klosterman's Questions May 18, 2008 | 26:29This week we explore hypothetical questions. If there was a VCR that could record your dreams but you were only allowed to watch the tapes with a roomful of people—would you still choose to do this? May 4, 2008 | 26:28WireTap The Quick Fix Audio How To Use Usenet, A Beginners Guide Usenet is considered to be the most "private" way to share files. In other words, no MPAA or RIAA watching your back. It is fast, has a lot of content, and it's getting more popular, even though the technology is almost 30 years old.

OUYA: A New Kind of Video Game Console by OUYA & Kickstarter We just added game streaming through OnLive! Final Fantasy will be on OUYA...and we have an exclusive game! And VEVO has agreed to put their music videos on OUYA, XBMC adds a streaming media app, with TuneIn and iHeartRadio adding music! We're honored by all of you who are backing us -- THANK YOU. We are focused on delivering for you, first come first served. We can only promise OUYA by March to our Kickstarter backers. Grave of the Fireflies Grave of the Fireflies received critical acclaim from film critics. Roger Ebert of the Chicago Sun-Times considered it to be one of the best and most powerful war films and, in 2000, included it on his "Great Movies" list.[3] Two live-action remakes of Grave of the Fireflies were made, one in 2005 and one in 2008. Plot[edit]

Help Key: How to download off Usenet like a champ [photopress:usenethow.jpg,full,center] If and when the **AA have Usenet shut down after the piece appears, feel free to blame Biggs. He’s making me write it. I occasionally mention Usenet when talking about piracy here, but I’ve never really explained what it is or what it does. Danny Perez Directs The Music Video For Hot Chips &Look At Where We Are& We’ve been eagerly awaiting Hot Chip’s new album for the past two years (meanwhile listening to old songs “Over and Over” again), so when the British electro outlet released In Our Heads this June, we were psyched to hear their new take on dance music. The band teamed up with visual sorcerer and Creator Danny Perez who directed the music video for “Look At Where We Are,” produced by The Creators Project. Perez’s collaboration with Animal Collective produced the visual album ODDSAC back in 2010—an audiovisual assault on the senses where sound and imagery bombarded the viewer into another world. And Perez brought his unique aesthetic to bear on the video for “Look At Where We Are,” using a combination of abstract visuals and the age old story of a man and a woman. However, this isn’t your average love story, but one that involves the woman becoming a Frankenstein’s monster, laid out while her partner operates on her. Find Hot Chip’s upcoming tour dates here.

Wood For Wood > Vintage Wings of Canada French author Pierre-Antoine Courable and his Belgian cohort Jean Dewaerheid have brought the force of serious research to the seven decade-old legend of Allied bomber crews hitting fake German airfields with fake British bombs. Now, they are looking for former Commonwealth airmen who might have been party to the shenanigans which have become urban legend. In what could easily be the finest and boldest example of death-defying and cheeky nose-thumbing during the Second World War or any conflict for that matter, bomber and intruder crews of the Royal Air Force and USAAF are reputed to have bombed the Luftwaffe's decoy airfields and dummy aircraft, not with high explosives or incendiaries, but with nothing more than dummy bombs made of wood, and painted with the smug remark “Wood for Wood”... all just to make a point. Imagine if you will. Just as you finish pushing a massive wooden Ju-87 Stuka tail first into the surrounding forest, you hear the sound of approaching aircraft. "I see.

Shouts & Murmurs: How I Met My Wife SHOUTS AND MURMURS about man who describes meeting his wife at a party. In his description, he drops many prefixes. It had been a rough day, so when I walked into the party I was very chalant, despite my efforts to appear gruntled and consolate. I was furling my wieldy umbrella for the coat check when I saw her standing alone in a corner. She was a descript person, a woman in a state of total array.

The Interactive UK Energy Consumption Guide An interactive data visualisation case study looking into the UK's energy consumption from 1970 to 2010. By Evo Energy Show More Interview with Guy Laramée, Artist: Part 1 “The erosion of cultures – and of “culture” as a whole – is the theme that runs through the last 25 years of my artistic practice,” says Québécois artist Guy Laramée. His four-page CV details only a portion of his artistic career, which has included exhibits, collections, essays, interdisciplinary performances, and sculpture, stands as a testament to his dedication to art as a style of living. I first learned of Laramee’s work through his photogenic Great Wall project. For this project, Laramee carved sculptures and landscapes into the books (photos of which are interspersed in this piece) comprising a hundred-volume historiographic series about the so-called “Great Wall of America.” I contacted Laramee to ask if he would be open to a conversation about his work, and the work of art in general. Q: In your artist statement, you talk about the difference between progress and primitivism.

Related:  Ligeia • Everything Else
Related: