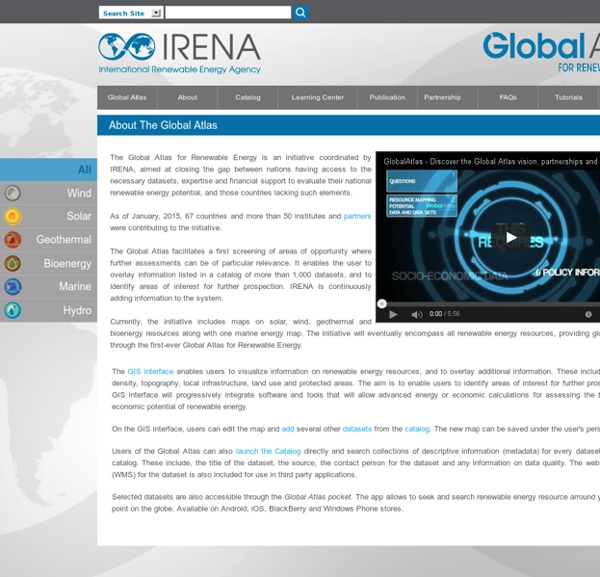 Changing Forest Cover Since the Soviet Era acquired 1985 - 2012download large image (7 MB, JPEG, 5101x3188) acquired 1985 - 2012download large Eastern Europe image (21 MB, JPEG, 11802x11401) When the Soviet Union collapsed in 1991, the political and economic effects were profound for the 290 million people under its rule. But the effects were not limited to the people. After compiling a new satellite-based data set, a team of scientists has published maps showing how Eastern Europe’s forests have changed over 27 years. “Forests generally recovered quickly,” noted Potapov. Across the study area, forest cover grew by 4.7 percent, increasing from 216 million hectares (533 million acres) in 1985 to 226 million hectares (558 million acres) in 2012. acquired 1985 - 2012 Timber harvesting was the primary cause of forest change, accounting for more than 90 percent. The breakup of the Soviet Union rippled through the timber industries of the various countries. acquired 1985 - 2012download large image (5 MB, JPEG, 6120x3826) Instrument(s):

Earth Surface Processes - Philip A. Allen The Undamming of America — NOVA Next Gordon Grant didn’t really get excited about the dam he blew up until the night a few weeks later when the rain came. It was October of 2007, and the concrete carnage of the former Marmot Dam had been cleared. A haphazard mound of earth was the only thing holding back the rising waters of the Sandy River. But not for long. Grant, a hydrologist with the U.S. Over 3 million miles of rivers and streams have been etched into the geology of the United States, and many of those rivers flow into and over somewhere between 80,000 and two million dams. Explore this interactive map of dams in the United States or search to find a dam close to you. Some of the names are charming: Lake O’ the Woods Dam, Boys & Girls Camp # 3 Dam, Little Nirvana Dam, Fawn Lake Dam. The names arose over the course of a long and tumultuous relationship. The Dams We Love When a group of settlers arrived in the New World, the first major structure they built was usually a church. The Dams We Love to Hate Dam New World

The Fate of Trees: How Climate Change May Alter Forests Worldwide | Rolling Stone In May 2011, a postdoctoral student at Los Alamos National Laboratory named Park Williams set out to predict the future of the dominant iconic conifers of the American Southwest — the Douglas fir, the piñon pine and the ponderosa pine. As the planet warms, the Southwest is projected to dry out and heat up unusually fast — few places will be more punishing to trees. Williams couldn't rely on climate models, whose representations of terrestrial vegetation remain crudely unspecific. He needed a formula that could accurately weigh the variables of heat, aridity and precipitation, and translate atmospheric projections into a unified measure of forest health. For decades, all over the planet, heat-aggravated droughts had been killing trees: mountain acacia in Zimbabwe, Mediterranean pine in Greece, Atlas cedar in Morocco, eucalyptus and corymbia in Australia, fir in Turkey and South Korea. A year earlier, a group of ecologists had published the first global overview of forest health.

Everything I thought I knew about water in California is wrong This piece started out as a confident prescription for California’s drought ills. But when I began writing, I kept coming across things that seemed confusing or contradictory. And each time I went to the experts to clarify, they’d explode all my basic assumptions. So instead of writing that piece, here’s a list of all the (misguided) conventional wisdom I had absorbed set right — or, at least, clarified. California hasn’t forced agriculture to cut water use: A myth Californians just don’t want to be suckers. So why didn’t California also demand that ag cut back? It actually did, said Doug Parker, director of the University of California Institute of Water Resources. When farmers get these cuts, they cope by pumping groundwater (which is causing problems in some places — more on this later), or buying water from people with senior water rights. Agriculture uses 80 percent of California’s water: Not the whole picture This isn’t exactly wrong, but it’s useful to understand the nuance. Aha!

This Is How Much Water It Takes To Make Your Favorite Foods Extensive drought has Californians thinking twice about running the tap while brushing their teeth or taking that 20-minute shower. But what some people don't realize is that a huge portion of our water footprint is "hidden," meaning it's used for the things we eat or wear, and for the energy we use. Globally, agricultural production accounts for 92 percent of our water footprint. In the United States, meat consumption alone accounts for a whopping 30 percent of our water footprint. So exactly how much water do the foods you eat require? Which food would win in a water use showdown? All data come from Water Footprint Network's website and reports on the global average water footprint of different foods. Tea vs. Winner: Tea is the winner at 108 gallons of water per gallon of brewed tea. Wine vs. Winner: Beer at 296 gallons of water per gallon of beer. Beef vs. Winner: Chicken at 518 gallons of water per pound. Tofu vs. Winner: Tofu at 302 gal. Rice vs. Winner: Pasta at 222 gal. Oats vs.

Thanks to These Dutch Engineers, We May Soon Be Getting Our Food From Skyscrapers By 2050, the world might find itself in a critical food shortage. It's a scary thought, but one group is developing a clever way to combat that with a plan they claim can grow enough fresh produce to feed the world in a space one-third the size of Hawaii. To make this happen, PlantLab, a Dutch agriculture firm, wants to construct "plant production units," spaces made for growing plants and vegetables. Each unit is customizable, able to adjust and control anything from to the amount and kind of light received, a major value for photosynthesis, to how large the space needs to be — anything from a garden the size of a microwave to a skyscraper. By either constructing buildings, or, potentially more sustainably, retrofitting existing, unused buildings, PlantLab believes they can construct spaces where plants will grow faster and more efficiently. The firm estimates it takes one square meter of farming to produce enough fruits and vegetables for a single person. This isn't a new phenomenon.

So this climate walks into a bar … It’s going to be a big year for the climate, with a major global summit in Paris this fall and the U.S. presidential campaign heating up. Stakes are high, expectations are middling, and anyone who works in this field is walking around with a mixture of Dread, Fatigue, Commitment, and Curiosity (look for that telltale DFCC expression on our faces). While it’s easy — and necessary — to focus on these urgent short-term happenings, I’ve been thinking a lot lately about the longer term. I actually see a ton of promising trends in the world; I delivered a talk recently in Florida (watch it above) that identified four leapin’-lizards developments we’re keeping an eye on at Grist: People are taking energy into their own hands. With the costs of renewable energy plummeting and people increasingly expecting to have more choices in the marketplace, we’ll be seeing a new landscape of affordable, app-controlled power supplies on the rise.Our food system is changing.

Get the science right to value nature | ANU An international group of scientists, industry representatives and policymakers wants to set guidelines for the science behind valuing nature. The group has published new guidelines in the latest edition of Science on how to value the benefits and services that nature provides, known as ecosystem services. The guidelines will help governments, policy-makers and business leaders make more informed decisions about major projects that impact ecosystems. “Recognising the value of ecosystem services and providing appropriate incentives to manage them has the power to transform our societies,” said one of the authors, Professor Robert Costanza from Crawford School of Public Policy. “There is a complicated interconnection between human well-being and the functioning of ecosystems,” said Professor Costanza. The guidelines are a set of six basic criteria for the underlying science behind projects that provide incentives (monetary or other) to protect, restore, or create ecosystem services.

The Wreck of the Kulluk Photo In 2005, Royal Dutch Shell, then the fourth-largest company on Earth, bought a drill rig that was both tall, rising almost 250 feet above the waterline, and unusually round. The hull of the Kulluk, as the rig was called, was made of 1.5-inch-thick steel and rounded to better prevent its being crushed. The purchase was important not because Shell needed oil in 2005. Despite their unreality, proved reserves define the total worldview of an oil company. For all its short-term growth, Shell still had to show investors that its long-term future was as bright as it once looked on paper. In Inuvialuktun, the language spoken in the settlement of Inuvik in the Northwest Territories in Canada, the name Kulluk means “thunder.” In 2005, along with its purchase of the Kulluk, Shell bid $44 million for 84 blocks of seabed in the Beaufort Sea. Even with permission, getting to the oil would not be easy. By 2012, Shell had become the largest company in the world. The troubles soon began.

The Real Reason U.S. Gas Is So Cheap Is Americans Don't Pay the True Cost of Driving Amid all the celebration over America's plunging gas prices—down some 40 percent since June—it's easy to forget a very basic fact: in a global sense, U.S. fuel has been cheap for years. In late 2012, for instance, the United States ranked toward the bottom of a world list of gas prices, wedged between the likes of Tunisia and Chad on one side and Russia and Kazakhstan on the other. Most first-world countries paid at least double what America did then, just as they do today. The situation is hardly a happy coincidence for U.S. motorists. This national refusal to increase gas taxes—which have gone unchanged at the federal level since 1993—has two enormous impacts on everyday life. That's not a horrible injustice, since most Americans still travel by car. When Delucchi tallied up these costs, at least as they existed for 1991 driving patterns, he estimated them at upwards of $3.3 trillion a year (below, our highlight). And Tscharaktschiew only expects the number to climb over time.

Ocean Acidification, The Other Carbon Dioxide Problem Over the past decade, ocean acidification has started to receive recognition outside science, though primarily as another weapon in the 'carbon dioxide' culture war on the modern world, similar to methane being discussed this year. Politics aside, it is a vital area for study and a new article outlines three major challenges to understanding the real issues and effects: It needs to expand from single to multiple drivers, from single species to communities and ecosystems, and from evaluating acclimation to understanding adaptation. For the scientific community, it is obvious that ocean acidification does not occur in isolation. "The effects can be additive, synergistic or antagonistic and it is generally not possible to extrapolate from single- to multiple-driver responses," explains Ulf Riebesell, professor for Biological Oceanography at GEOMAR Helmholtz Centre for Ocean Research Kiel. As shown in laboratory experiments, evolutionary adaptation to ocean acidification is possible.