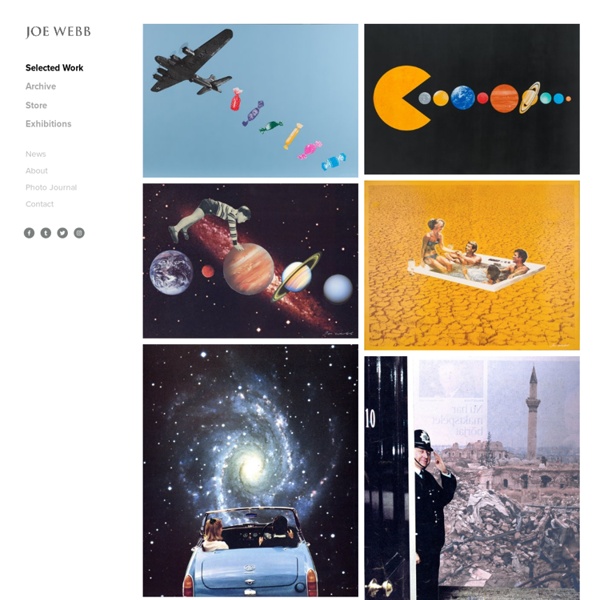 Brainstormin Logo May 03 2011 Everyone knows how important a logo is to your identity and brand. Every business, online and offline, requires a logo. A logo represents your company and products to potential customers. 10 Female Dadaists You Should Know Today would have been the 125th birthday of feminist Dada artist Hannah Höch — dubbed “art’s original punk” by The Guardian earlier this year. As the article points out, Höch was an unlikely addition to the early 20th-century group — which favored the irrational, nihilistic, collaborative, and spontaneous — namely, because Höch was a woman. One of the group’s pioneering photomontage artists, Höch critiqued the role of women, beauty standards, marriage, the politics of her home country, Germany, and the oft-misogynist Dada group itself. Take Höch’s 1919 work Cut With the Kitchen Knife Dada Through the Last Weimar Beer-Belly Cultural Epoch of Germany, for instance. The title says it all.

Des GIFs animés pour comprendre la création d’une photo publicitaire Photo- Mercredi 21 janvier 2015 · Tags: photoshop· Laisser un commentaire Calendar MARTEN. Photo was taken in the parking lot. Background and the atmosphere should be gently mimic the disco style. Advertising Shops airsoft equipment (Kaliningrad 2013). All the characters are photographed separately on studio background and combined with the ready background. EfímerasImágenes Looking through all my scans, and trying to order them in serials,found this… i think from 2008 The night dance "Lanscape II" "Landscape"

Andy Goldsworthy - subtly beautiful environmental art Here in New York City, the weather is shifting from hot humid summer, to the cool crisp days of fall (my favorite time of year) and the seasonal cycle of nature prompted me to look at artists who work with natural elements. Born in 1956, Andy Goldsworthy is a British sculptor, photographer, and environmentalist living in Scotland who has created sublime and beautiful works of art made up of only natural materials. Most images below come from the Andy Goldsworthy Digital Catalogue at the University of Glasgow, Crichton Campus, Dumfries, which documents works created from 1976-1986. Andy gently shapes leaves, snow, ice, twigs, feathers, rocks, and other elements, and blurs the line between natural and man-made beauty. In a 2001 documentary directed by Thomas Riedelsheimer called Rivers and Tides, Goldsworthy discusses how working with nature roots him, and how time away from his work makes him feel rootless. Andy Goldsworthy Green Leaves