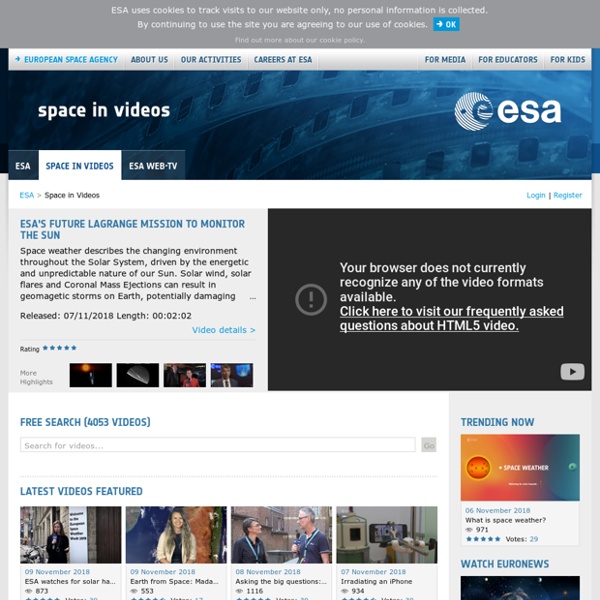 ESA and the Science Museum in London are working with five leading fashion schools around Europe to design clothes for the space age with their ‘Couture in Orbit’ project. Between 2014 and 2016, five ESA astronauts from the UK, France, Italy, Denmark and Germany are visiting the International Space Station. To mark the missions, European fashion schools from the astronauts’ home countries are designing and developing clothes that are both desirable and practical, while incorporating high-tech innovations. The participating schools are Fashion Design Akademiet in Denmark, Ravensbourne in the UK, the Politecnico di Milano in Italy and ESMOD in France and Germany. Each is assigned a theme for its clothing, ranging from technology, environment and innovation to health and nutrition, and has to consider the applications of their designs in daily life. ESA provides space-certified textiles for the students to use in the project, which is supported by the companies Bionic Yarn and Sympatex.

Galileo liftoff And yet it moves: 14 Galileo satellites now in orbit 24 May 2016 Named for the astronomer who pinpointed Earth’s true position in the Solar System, the Galileo satellite navigation system that will help Europe find its way in the 21st century now has 14 satellites in orbit after today’s double launch. Galileos 13 and 14 lifted off together at 08:48 GMT (10:48 CEST, 05:48 local time) atop a Soyuz rocket from French Guiana. 80s Videos on Vodpod - Videos about madonna, david bowie, phil collins Or join with email Or Join with Email By joining, you agree to our Terms of Use and Privacy Policy. Or Sign in with email Forgot your password? Forgot your password Astronaut postures – fashion gestures 24 May 2016 The Politecnico di Milano is one of five European design schools participating in Couture in Orbit, ESA’s project to look at the future of fashion using space materials and technology. Professor Annalisa Dominoni of their Design department gives an overview of the school’s role in the event. Working with Couture in Orbit was a great challenge for us because we explored fashion in the age of technology to understand better how we can be more conscious of the transformation that technology brings. Space innovations will have a strong influence on how people behave and perform in the future.

Wikichess, open chess repertoire project Wikichess Wikichess (open chess repertoire project) now contains 94661 articles. e4 ! Space Solutions conference: bringing space to Earth The Netherlands by night 18 May 2016 A major European space conference is taking place in the Netherlands at the end of this month, highlighting the vital role that space technology plays in all our lives, and helping European industry to explore its business potential. Jennifer Linton at The Lilith Gallery. Paintings, drawings and photography by Charles Alexander Moffat, Jennifer Linton, Lilith Adler and Victoria Van Dyke. Jennifer Linton is a guest artist at the Lilith Gallery. Her work is similar to Cindy Sherman's in that she uses herself as the model on a regular basis. Her works have a quirky/funny side to them. Her works are for sale at www.jenniferlinton.ca. The primary focus of Linton’s artistic practice is to address gender-related issues and represent the experiences of women.

Alexander Gerst to be Space Station commander 18 May 2016 ESA astronaut Alexander Gerst has been assigned a new mission to the International Space Station, where he will fulfil the role of commander during the second part of his six-month mission in 2018. Mentor: Lesson 7 Available languages: Schach - Deutsch Шахматы - Русский Шахи - Українська Chess - English Ajedrez - Español Échecs - Français Scacchi - Italiano Sakk - Magyar Schaken - Nederlands Szachy - Polski Help us finish translating: My language is not listed We are working hard to make Chess.com available in over 70 languages. Models of Proba-3 designs The design evolution of ESA’s Proba-3 double satellite is shown by this trio of 3D-printed models, each pair – from left to right – produced after successive development milestones. “These paired models, 3D printed in plastic, were not made for show,” explains Agnes Mestreau-Garreau, ESA’s project manager.

Under the Influence Follow me on facebook.com/TSOphotography for more photos, videos & updates. This was filmed between 29th April and 10th May 2011 in the Arctic, on the archipelago Lofoten in Norway. My favorite natural phenomenon is one I do not even know the name of, even after talking to meteorologists and astrophysicists I am none the wiser.What I am talking about I have decided to call The Arctic Light and it is a natural phenomenon occurring 2-4 weeks before you can see the Midnight Sun. The Sunset and Sunrise are connected in one magnificent show of color and light lasting from 8 to 12 hours. The sun is barely going below the horizon before coming up again.

The fourth SpaceX cargo mission to the International Space Station (ISS) under NASA's Commercial Resupply Services contract is scheduled to launch Saturday, Sept. 20, from Space Launch Complex 40 at Cape Canaveral Air Force Station in Florida. The one-day adjustment in the launch date was made to accommodate preparations of the SpaceX Falcon 9 rocket and was coordinated with the station’s partners and managers. The company's Falcon 9 rocket, carrying its Dragon cargo spacecraft loaded with more than 5,000 pounds of scientific experiments and supplies, will lift off at 2:16 a.m. EDT. NASA Television coverage of the launch begins at 1:15 a.m.