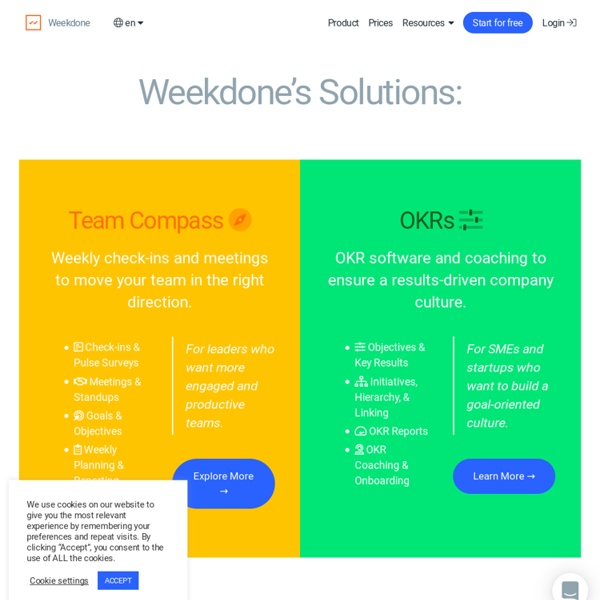 How to Get Feedback When You're the Boss - Amy Gallo - Best Practices The higher up in the organization you get, the less likely you’ll receive constructive feedback on your ideas, performance, or strategy. No one wants to offend the boss, right? But without input, your development will suffer, you may become isolated, and you’re likely to miss out on hearing some great ideas. So, what can you do to get people to tell you what you may not want to hear? What the Experts Say Most people have good reasons for keeping their opinions from higher ups. Acknowledge the fear As the boss, you have to set the stage so people feel comfortable, says Hill. At the same time, you should recognize how hard it might be to hear this tough feedback. Ask for it, constantly Ask for feedback on a regular basis, not just at review time. Request examples In the same way that you want to give concrete examples when giving feedback, you should also request them when you are receiving it. Read between the lines Of course, you may not get honest feedback all the time. Do: Don’t:

about Hey there. My name is Maria Popova and I’m a reader, writer, interestingness hunter-gatherer, and curious mind at large. I’ve previously written for Wired UK, The Atlantic, The New York Times, and Harvard’s Nieman Journalism Lab, among others, and am an MIT Futures of Entertainment Fellow. Maria Popova. Brain Pickings is my one-woman labor of love — a subjective lens on what matters in the world and why. Founded in 2006 as a weekly email that went out to seven friends and eventually brought online, the site was included in the Library of Congress permanent web archive in 2012. Here’s a little bit about my seven most important learnings from the journey so far. I think of it as LEGOs — if the bricks we have are of only one shape, size, and color, we can build things, but there’s a limit to how imaginative and interesting they will be. Please enjoy. For more on the ethos behind this labor of love, here is my On Being conversation with the wonderful and generous Krista Tippett:

5 Tips to Manage a Team Across Multiple Time Zones How do you keep engagement, organization, and unity across a team spread out over multiple time zones? If you're having a hard time managing a global team, take some tips from an expert. In Harvard Business Review, Donna Flynn, an executive at office furniture company Steelcase, offers her global company's best practices. "At Steelcase, we all understand that the rhythm of a global team is not a perfect 9-5 melody. But understanding something can be very different from living it. My team has grown increasingly distributed across multiple time zones and regions of the world over the last couple of years, and we have learned, through experience and experimentation, a few ways to leverage the value of a global team while also minimizing the pain and disruption it can create for us as individuals," she writes. Below, check out Flynn's five tips to manage your global team. 1. 2. 3. It's also important to be on the lookout for new collaboration tools. 4. 5.

untitled Tackle Any Issue With a List of 100 The List of 100 is a powerful technique you can use to generate ideas, clarify your thoughts, uncover hidden problems or get solutions to any specific questions you’re interested in. The technique is very simple in principle: state your issue or question in the top of a blank sheet of paper and come up with a list of one hundred answers or solutions about it. “100 Ways to Generate Income”, “100 Ways to be More Creative” or “100 Ways to Improve my Relationships” are some examples. “One hundred entries? Isn’t that way too many?” Bear with me: it’s exactly this exaggeration that makes the technique powerful. When starting your list you may believe that there’s no way to get it done. Unlike the related Idea Quota tool — whose primary goal is to acquire the habit of coming up with ideas — the goal of a List of 100 is to take your mind by surprise. Ground Rules There are only two simple principles to keep in mind when making Lists of 100: 1. 2. The Dynamics of Making Lists of 100 1. 2. 3.

untitled 18 Things Highly Creative People Do Differently This list has been expanded into the new book, “Wired to Create: Unravelling the Mysteries of the Creative Mind,” by Carolyn Gregoire and Scott Barry Kaufman. Creativity works in mysterious and often paradoxical ways. Creative thinking is a stable, defining characteristic in some personalities, but it may also change based on situation and context. Inspiration and ideas often arise seemingly out of nowhere and then fail to show up when we most need them, and creative thinking requires complex cognition yet is completely distinct from the thinking process. Neuroscience paints a complicated picture of creativity. As scientists now understand it, creativity is far more complex than the right-left brain distinction would have us think (the theory being that left brain = rational and analytical, right brain = creative and emotional). While there’s no “typical” creative type, there are some tell-tale characteristics and behaviors of highly creative people. They daydream. They “fail up.”