B E A U T Y - dir. Rino Stefano Tagliafierro on Vimeo 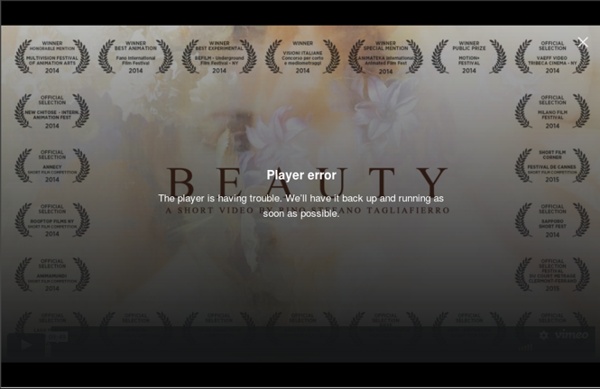 Photos and Vectors The highest building 8.353 24 5 months ago A sky full of stars 6.811 17 4 months ago Desert and the road 7.975 28 5 months ago Girl watching winter landscape 728 0 2 weeks ago NSA files decoded: Edward Snowden's surveillance revelations explained Two factors opened the way for the rapid expansion of surveillance over the past decade: the fear of terrorism created by the 9/11 attacks and the digital revolution that led to an explosion in cell phone and internet use. But along with these technologies came an extension in the NSA’s reach few in the early 1990s could have imagined. Details that in the past might have remained private were suddenly there for the taking. Loaded: 0% Progress: 0% Chris Soghoian

Intricately Patterned Animal Illustrations It would be hard to tell from these strikingly detailed animals but artist Iain Macarthur got his start drawing cartoon characters. Now he carries his sketchbook on the bus, to the cafe and everywhere else as he includes more realism and in this case pattern in his illustrations. See more of his animals (and even some cartoons) at iainmacarthur.carbonmade.com. See Also INCREDIBLE 3D ILLUSTRATIONS JUMP OUT OF THE SKETCHBOOK 10 Programming Languages You Should Learn in 2014 The tech sector is booming. If you've used a smartphone or logged on to a computer at least once in the last few years, you've probably noticed this. As a result, coding skills are in high demand, with programming jobs paying significantly more than the average position. Even beyond the tech world, an understanding of at least one programming language makes an impressive addition to any resumé. The in-vogue languages vary by employment sector. Financial and enterprise systems need to perform complicated functions and remain highly organized, requiring languages like Java and C#.

Rainbow Mountains In China's Danxia Landform Geological Park Are Very, Very Real (PHOTOS) Yes, we had a hard time believing that this insane mountain formation was actually real, because we haven't fallen down the rabbit hole. But, believe it or not, this technicolor range actually exists. Story continues below The mountains are part of the Zhangye Danxia Landform Geological Park in China. Layers of different colored sandstone and minerals were pressed together over 24 million years and then buckled up by tectonic plates, according to the Telegraph. Here's a photo showing some detail of the rich "layer cake" action going on.

SketchUcation Community Forums Pilou wrote:"à la main" I think that'à la main' = by hand - you deliver a document by hand [i.e. it is in your hand] OR 'fait à la main' = hand-made [in English this phrase is normally reserved for things like food, clothes, furniture etc, but not in the general sense of 'manually' (manuellement) which is often used as the opposite of 'automatically'] - 'à la main' is a general usage and can be used in many case without misinterpretation, as it literally means 'at [the] hand' - so it is often used regarding anything relating to 'hands', BUT then'par la main' = by [the use of the] hand - you make a SKP mesh by hand - in the sense that you 'made it with your hand[s]' ['manually'] rather than making it ''automatically, perhaps using EEbyRails or Fredo's new gizmo [ you are unlikely to leave it at home

The 12 Best Free Photoshop Plugins for Designers While Adobe Photoshop is a powerful, creative platform, using plugins can help to extend its capabilities and use it to its full potential. Using an add-on can help you perform tedious or difficult tasks in a more efficient manner, enabling you to spend more time on design. There are thousands of plugins to choose from, but many are outdated and no longer work with updated versions of Photoshop. We've collected the best free plugins you can download, install and start using right away. We focus on a variety of free plugins best suited to web and graphic design, to help you work faster and more productively.

The Art of Jeremy Fish When I opened few weeks back a National Geographic, I found an amazing shot of this animal. Because of its appearance and what I read about it next, I decided to make my own “water bear”Water Bear - aka “Tardigrade” - is an amazing micro-animal. One of the real superhero on earth.According to Wikipedia, “Tardigrades can withstand temperatures from just above absolute zero to well above the boiling point of water, pressures about six times greater than those found in the deepest ocean trenches, ionizing radiation at doses hundreds of times higher than the lethal dose for a human, and the vacuum of outer space. They can go without food or water for more than 10 years, drying out to the point where they are 3% or less water, only to rehydrate, forage, and reproduce”.Softs : Cinema 4D, Vray, Zbrush, Photoshop

CSS Masking Two commonly used operations in computer graphics are clipping and masking. Both operations hide visual portions of an element. If you have worked with SVG or HTML Canvas before, these operations are probably not new for you. What Action Figures Do in Their Spare Time Vse Ok's fully articulated action figures engage in extra-curricular shenanigans on his Tumblr page. To see how Bruce Lee beats his breakfast into submission, click on through the series. Vse Ok Bruce Lee Series 2/8 Bruce Lee Series 3/8 Architecture Top 10 Hide-Outs → Read more Although we enjoy living in a city like Berlin, we occasionally feel the desire for some peace and quiet and the need to seclude ourselves from the rush and the noise of the town to enjoy some fresh air in the great outdoors. When turning the pages of Gestalten's latest publication entitled Hide and Seek – Architecture of Cabins and Hide-Outs we were immediately smitten with the amazing dwellings located in the forest, on the water, or in the mountains; whether light and minimalistic or dark and cozy, the compelling houses exemplify how to create remote shelters that bring calm and balance to our hectic lives. With the right concept, furniture, décor, and atmosphere, even small or basic designs become stunning sanctuaries. Can't get enough of it. In co-operation with Gestalten, we chose our Top 10 Hide-Outs from the amazing dwellings that you'll find inside the book. Get it here for €39.90.

You Won’t Believe What This Girl Has Done To Her Leg. This Latest Craze Is Catching On Fast. WOW. This is an example of a recent body-modification trend. This is not a fake leg, as it may seem at first glance. This was actually done to her own leg.