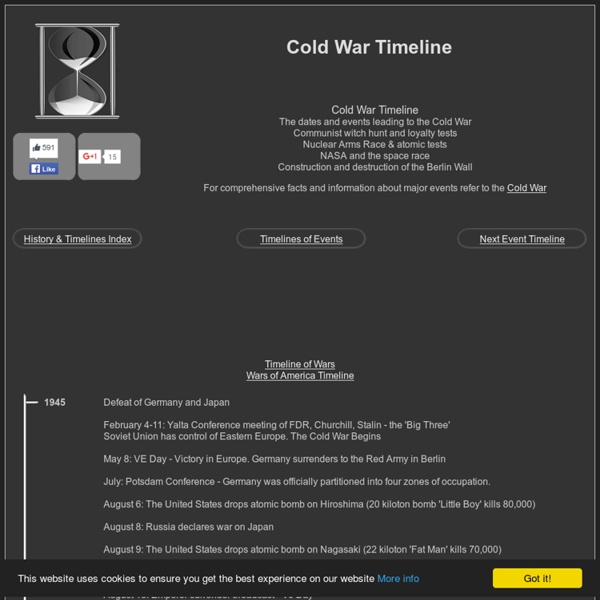 Origins of the Cold War 1945-49 FOUR causes of the Cold War [BARE]. NINE events which caused the Cold War. FOUR decisions made at the Yalta Conference. TWO decisions and three disagreements at the Potsdam conference. The ‘salami tactics’ that brought Communists to power in Eastern Europe FIVE causes [CABAN] and FOUR results [CENA] of the Berlin crisis, 1948–9. FIVE ‘Berlin Airlift Facts’. Yalta (Crimea) Conference The Yalta Conference February, 1945 Washington, March 24 - The text of the agreements reached at the Crimea (Yalta) Conference between , Prime Minister and Generalissimo , as released by the State Department today, follows: The Crimea Conference of the heads of the Governments of the United States of America, the United Kingdom, and the Union of Soviet Socialist Republics, which took place from Feb. 4 to 11, came to the following conclusions: It was decided: 1. 2. (a) the United Nations as they existed on 8 Feb., 1945; and (b) Such of the Associated Nations as have declared war on the common enemy by 1 March, 1945. 3. 4. "The above-named Governments suggest that the conference consider as affording a basis for such a Charter the proposals for the establishment of a general international organization which were made public last October as a result of the Dumbarton Oaks conference and which have now been supplemented by the following provisions for Section C of Chapter VI: C. "1. "2. "3. 1. 2.

The Cold War As of July 1, 2013 ThinkQuest has been discontinued. We would like to thank everyone for being a part of the ThinkQuest global community: Students - For your limitless creativity and innovation, which inspires us all. Teachers - For your passion in guiding students on their quest. Partners - For your unwavering support and evangelism. Parents - For supporting the use of technology not only as an instrument of learning, but as a means of creating knowledge. We encourage everyone to continue to “Think, Create and Collaborate,” unleashing the power of technology to teach, share, and inspire. Best wishes, The Oracle Education Foundation

1941-1949 - Potsdam Conference A Decade of American Foreign Policy 1941-1949Potsdam Conference The Berlin (Potsdam) Conference, July 17-August 2, 1945 (a) Protocol of the Proceedings, August l, 1945 The Berlin Conference of the Three Heads of Government of the U. S. A. " (1) There shall be established a Council composed of the Foreign Ministers of the United Kingdom, the Union of Soviet Socialist Republics, China, France, and the United States. "(2) (i) The Council shall normally meet in London which shall be the permanent seat of the joint Secretariat which the Council will form. " (ii) The first meeting of the Council shall be held in London not later than September 1st 1945. " (3) (i) As its immediate important task, the Council shall be authorized to draw up, with a view to their submission to the United Nations, treaties of peace with Italy, Rumania, Bulgaria, Hungary and Finland, and to propose settlements of territorial questions outstanding on the termination of the war in Europe. B. C. D. 1. 2. 3. 4. 5. 6. 7.

A Secret Landscape: The Cold War Infrastructure of the Nation's Capital Region American Experience . MacArthur . Korean Maps The Korean War Stage 1: North Korea attacks The Korean War began in the predawn darkness of June 25, 1950 as Kim Il Sung's heavily armed and well-trained North Korean army crossed the 38th parallel -- the border between the two Koreas at the end of World War II. By the night of June 28, Seoul had fallen and the South Korean forces were in disarray. On July 30, President Truman announced that he had "authorized the United States Air Force to conduct missions on specific military targets in northern Korea [and] a naval blockade of the entire Korean coast," adding almost as an afterthought, "General MacArthur has been authorized to use certain supporting ground units." Stage 2: Americans pushed to the Pusan Perimeter July 5 saw the first battle between American and North Korean troops, and the Americans did not fare as well as they expected. Stage 3: Inchon Stage 4: Approaching the Yalu On October 25, however, things turned ominous. Stage 5: An entirely new war Stage 6: Stalemate

10 Ridiculous Cold War Government Projects Politics The Cold War was a period of time when all of the countries of the world waited with baited breath to see what the outcome of the decades-long hard staring contest between the United States and the Soviet Union would be. As the nuclear arms race ramped up, some of these countries (either voluntarily or otherwise) picked sides; some began developing nuclear programs of their own, and most just kept their heads down and quietly hoped for another day without complete annihilation. Most are aware of some of the truly shady things done by intelligence agencies and military organizations during this period, but the sheer scope of programs designed to figure out the capabilities of and/or screw with the other guy—and the ridiculous amounts of money and effort involved—is staggering. Here are some Cold War-era programs that should never have been—from the laughably ineffective to the jaw-droppingly criminal. Its performance fell somewhat short of expectations. Col. How to acquire these?

The Unknown Cold War The modernizing of China and the dissolution of the Soviet Union over the last two decades have led to the release of hundreds of millions of pages of formerly top-secret archival documents. These documents—transnational cables, transcripts, diplomatic reports, and internal memoranda—are giving the West a new view of Sino-Soviet and inter-Soviet relations. They also hint at the dangers that might have been. Historians are collecting and translating provocative accounts of the Cuban Missile Crisis and other flash points in the Cold War. “It’s an exciting time because much of Cold War history is still in the making—we’re still just getting access to primary documents,” says Christian Ostermann, director of the Cold War International History Project at the Woodrow Wilson Center. “Archives are a repository of a nation’s truths,” says Nancy Meyers, project associate at the Cold War International History Project. Many other tremors—perhaps the beginning of the end—followed Stalin’s funeral.