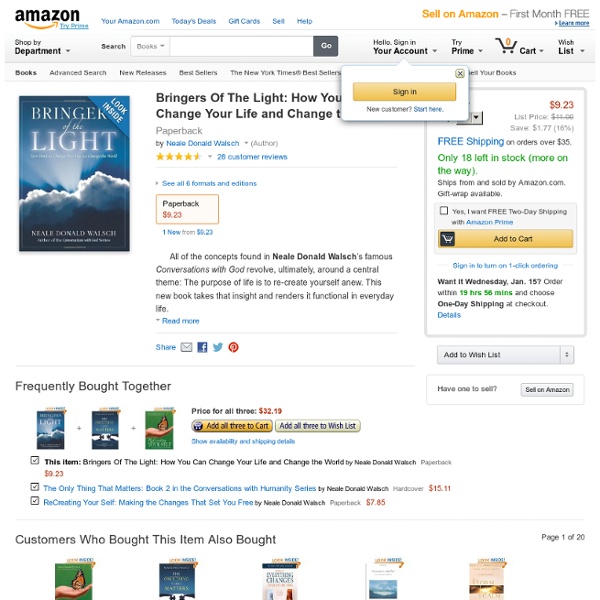 18 Great Reads That Changed My Life It’s fairly easy to find a well written book or online article. But it’s not always easy to find one with genuine value that you connect with. That’s because, these days, books and online articles are a dime a dozen. There are literally thousands of them written on the same topic every year. But if you look hard enough, in the right places, you’ll find a few gems containing life-altering advice that can be immediately implemented and used as an instrument for self-improvement. For this reason, I’ve compiled the following list of books and online articles containing value so profound that each of them literally changed my life. I therefore extend my gratitude to the authors and pass them along to you with the simple hope that they will provide value to you as well. Happy reading… The Power of Now by Eckhart Tolle – Tolle’s message is clear: living in the now is the truest path to happiness and enlightenment. Can you think of a book or online article that changed your life? Photo by: Éole

The 4-Hour Workweek: Escape 9-5,Live Anywhere,and Join the New Rich (Expanded and Updated): Timothy Ferriss: 9780307465351: Amazon.com Just How Small is an Atom? Just How Small is an Atom? submitted by Peter Just how small are atoms? And what’s inside them? The answers turn out to be astounding, even for those who think they know. This fast-paced animation uses spectacular metaphors (imagine a blueberry the size of a football stadium!) Share on Facebook Stumble It Post a comment Thoughts? You must be logged in to post a comment. More Videos Get Inspired – Best Inspirational Quotes J Krishnamurti on Choiceless Awareness and Thought Rob Beats Word Up [3/19/2014] Ji Ben Qi Gong 基本氣功 (Fundamental Exercises) Biology of Belief – by Bruce Lipton (full documentary) Excision, Downlink, Space Laces – Destroid 1. Wizards only, fools. How To Raise Your Vibrations-Powerful Meditation Music to Energise Chakras!

The 4-Hour Body: An Uncommon Guide to Rapid Fat-Loss, Incredible Sex, and Becoming Superhuman (9780307463630): Timothy Ferriss Jóvenes Arquímedes y otros cuentos (9781412813167): Aldous Huxley: Libros Five Books That Changed My Life | Remy Carreiro I was incredibly lucky that my Mom owned a beautiful second-hand book store throughout my adolescence, because I constantly got to reap the reward of having amazing literature at my finger tips. Whatever I wanted to read, I was lucky enough to get to read. And as a result of the store taking second-hand books, can you even grasp how many amazing books must I got to read, that I never would have known about otherwise? The Prophet by Kahlil Gibran The Prophet is a book you do not keep. The book is too powerful to cherish it secretly. The leather-bound, hardcover edition is quite breathtaking in itself, even before you open it. I shalln’t tell you anything about this book, lest I ruin it. Survivor by Chuck Palahniuk When people ask me, this tends to be the book I most recommend most. Everyone cites Fight Club as Palahniuk’s seminal work, but that is not fair, nor is it accurate. It was this book that reignited my love of writing. This edition of the book was very hard to find after 9/11.

Nike Red Bull High Tops Shoes | Nike Sb Dunk Skate Shoes Inspired from the popular beverage Red Bull with a nicely down piece of the two bulls with the sun in the background. All you can find the Red Bull logo printed on these shoes. Redbull the best tasting "energy drink" I know of. Will this shoes give your feet more energy? Nike Red Bull Red Bull Dunks puma red bull speed cat Nike 6.0 Air Zoom Encore Red Bull God is in The Neurons God is in The Neurons submitted by Matt / download it in 720p, 1080p and iPhone formats at Twitter: Facebook: Reese on Twitter: Full soundtrack at (who did the amazing original soundtrack) Related links that can help in understanding God is in The Neurons: (Neuroscience related:) YouTube – Part 4 – Phantoms In The Brain (Episode 1) YouTube – Part 5 – Phantoms In The Brain (Episode 1) Where is consciousness? Share on Facebook Stumble It Post a comment Thoughts? You must be logged in to post a comment. More Videos Get Inspired – Best Inspirational Quotes J Krishnamurti on Choiceless Awareness and Thought Rob Beats Word Up [3/19/2014] Ji Ben Qi Gong 基本氣功 (Fundamental Exercises) Wizards only, fools.

The 48 Laws of Power (9780140280197): Robert Greene 7 libros que cambiará violentamente Tu Perspectivas | alta Existencia Once in a while a book comes along that rocks your world so hard that you’re never quite the same after. Here are 7 of those books, ordered by how hard they’re going to rock your skull! On Happiness…. Zen and the Art of Happiness by Chris Prentiss Of all the books & articles I have read on happiness, this one is by far the best. Prentiss takes an extremely pragmatic approach to cultivating a mindset of happiness so that nothing can bring you down. The next book on the list is offers a perfect balance to this one. On Mortality and Meaning… Man’s Search for Meaning by Viktor Frankl Viktor Frankl experienced the limits of human suffering during his extended stay in Nazi concentration camps. Now that you have your mind in order, it’s time to move on to your body… Read Man’s Search for Meaning in 15 minutes for free with Blinkist. On Health & Nutrition… Yoga of Eating by Charles Eisenstein – Health & Nutrition There is much more to eating than you think. Our envioronment has a huge impact on us.

20 Common Grammar Mistakes That (Almost) Everyone Makes I’ve edited a monthly magazine for more than six years, and it’s a job that’s come with more frustration than reward. If there’s one thing I am grateful for — and it sure isn’t the pay — it’s that my work has allowed endless time to hone my craft to Louis Skolnick levels of grammar geekery. As someone who slings red ink for a living, let me tell you: grammar is an ultra-micro component in the larger picture; it lies somewhere in the final steps of the editing trail; and as such it’s an overrated quasi-irrelevancy in the creative process, perpetuated into importance primarily by bitter nerds who accumulate tweed jackets and crippling inferiority complexes. But experience has also taught me that readers, for better or worse, will approach your work with a jaundiced eye and an itch to judge. While your grammar shouldn’t be a reflection of your creative powers or writing abilities, let’s face it — it usually is. Who and Whom This one opens a big can of worms. Which and That Lay and Lie Moot Nor