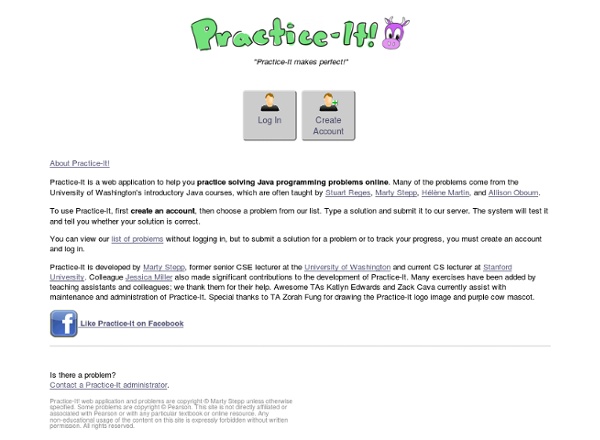 Top 10 Things That Annoy Programmers | Kevin William Pang 10. Comments explaining “what”, but not “why” Introductory-level programming courses teach students to comment early and often. Do you have any idea what the code above does? Me neither. The problem is that while there are plenty of comments describing what the code is doing, there are none describing why it’s doing it. Much better! Write comments to help readers understand the code, not the syntax. 9. In general, programmers tend to be more akin to locomotives than ferraris; it may take us awhile to get started, but once we hit our stride we can get an impressive amount of work done. 8. Wikipedia defines scope creep as “uncontrolled changes in a project’s scope”. Version 1: Show a map of the locationVersion 2: Show a 3D map of the locationVersion 3: Show a 3D map of the location that the user can fly through 7. Management is not an easy job. 6. It’s not hard to see that this is something programmers dread doing. 5. I never said that we weren’t hypocrites. 4. 3. “The website is broken”.

SQLZOO Learn SQL using: SQL Server, Oracle, MySQL, DB2, and PostgreSQL. Reference: how to... How to read the data from a database. 2 CREATE and DROP How to create tables, indexes, views and other things. How to get rid of them. 3 INSERT and DELETE How to put records into a table, change them and how to take them out again. 4 DATE and TIME How to work with dates; adding, subtracting and formatting. 5 Functions How to use string functions, logical functions and mathematical functions. 6 Users How to create users, GRANT and DENY access, get at other peoples tables. 7 Meta Data How to find out what tables and columns exist. 8 SQL Hacks Some SQL Hacks, taken from "SQL Hacks" published by O'Reilly 9 Using SQL with PHP on Amazon EC2 servers Video tutorials showing how to run MySQL, PHP and Apache on Amazon's EC2 cloud servers. 10 An introduction to transactions Video tutorials showing how sessions can interfere with each other and how to stop it. 11 Using SQL with C# in Visual Studio

What do High School students want from mobile tech? [Infographic] Based on statistics provided by PEW research, Nielsen, the National School Board Association and others, ASCD's infographic explores the connections between today's students, mobile learning and learning methods. The majority of Western schools attempt to ban the use of mobile devices; whereas a smaller number permit students to carry but not use the items. For many, suppressing such items becomes a losing battle -- as students continue to bring them, as well as parents preferring the option of being able to contact their children. According to the research, 63 percent of students attending schools carry their mobile devices despite the rules. Schools, in general, consider mobile devices a distraction and a way that more children experience bullying. Young people are becoming 'wired' and proficient with Internet use at an earlier age. For more information, view the infographic below: Related:

10 Programming Proverbs Every Developer Should Know | Kevin William Pang Proverbs are used to express universal truths or life lessons in a short and memorable fashion. I find that they are a great way to keep things in perspective, both in life and in work. Because of this, I have assembled 10 programming proverbs that every developer needs in their arsenal. 1. Relax. Poorly designed code tends to manifest itself through some common tell-tale signs. Giant classes and/or functionsLarge blocks of commented out codeDuplicated logicDeeply nested if/else blocks Developers often refer to these as code smells, but personally, I think the term "code smoke" or "code fumes" is more appropriate as it implies a higher sense of urgency. 2. Ok, I'm convinced Toyota's assembly line of the 1980s was famously efficient due to its revolutionary approach towards defect prevention. Developers often make the faulty assumption that productivity = cranking out code quickly. 3. In other words, what happens if you suddenly lost a key member of your team? 4. 5. Sound familiar? 6. 7.