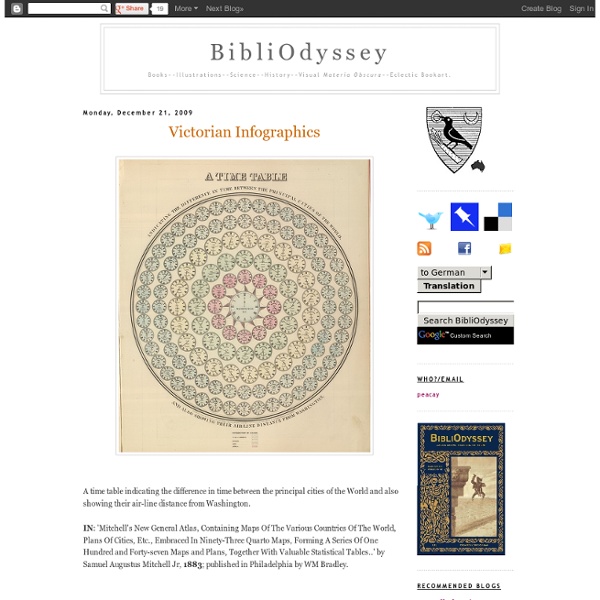 Inspiration Impuls: Complexity Graphics on Datavisualization.ch Tatiana Plakhova is a Moscow based designer and the art director at Moscollective design studio. Her art is deeply inspired by complex patterns found in fractals or biological organisms. Instead of using algorithms to generate the images, she creates everything manually. This also indicates that, although a lot of her works look like visualizations, none of them are based on real data. Sublimotion found the right words to describe the viewer’s experience: One instinctively feels that the complexity of her lines and dots does not lead to a dead end, but to an inner universe aligning with our consciousness. Editor’s note: With the Inspiration Impuls articles we exhibit mouth-watering visuals from disciplines like art, science or architecture to get your creative juices flowing. Find more of Tatiana's art on her website ComplexityGraphics.com, her portfolio on Behance or her Flickr photostream. Wanna have your work featured here?

peoplemovin - A visualization of migration flows Using Cows to Define Politics Ever needed to know the difference between communism and socialism? What about the difference between American corporations and French corporations? Try taking an explanation from Howard Lindzon about what each political perspective would do with two cows, and then visualize it with a hilarious infographic created by Kyla Tom Design on Visually. Help spread visual literacy. 15 Stunning Examples of Data Visualization Data Visualization is a method of presenting information in a graphical form. Good data visualization should appear as if it is a work of art. This intrigues the viewer and draws them in so that they can further investigate the data and info that the graphic represents. In this post there are 15 stunning examples of Data Visualization that are true works of art. Click on the title or image for a larger view of each visualization. The Strengths of Nations Here’s an image that discusses the variations in how different nations pursue science. Madrid.Citymurmur CityMurmur tries to understand and visualize how media attention reshapes the urban space and city. Genome Jules & Jim This visual represents the relationship between characters in the movie Jules & Jim. One Week of the Guardian This is one day in a series that takes the news from one week of the Guardian newspaper, and visually represents it as a series of static visualisations. One Week of the Guardian Leisure & Poverty Stock Data Related Posts

MediaLab UMCS | Kultura popularna w sieci i poza siecią The Historical Evolution of Europe's Borders The movie "Epic time-lapse map of Europe" fast forwards a map from the year 1000 AD until 2003 to reveal the dynamic nature of Europe's borders, alliances, unions, territories, and occupied lands. An alternative movie takes a bit longer, but contains useful textual annotations such as the actual year that is shown and the events that occurred. The movie was made with "Centennia Historical Atlas" by Centennia Software. Watch the movies below. Via @tillnm. The First Org Chart Ever Made Is a Masterpiece of Data Design | Wired Design Look at most of organizational charts today and you’ll see the standard top-down pyramid flowing linearly from the big dog down to lower-level managers and minions. But the first modern-day organizational chart wasn’t made to remind lower-level employees who they really work for. No, one of the first company-wide organizational charts was actually a 19th century invention of necessity. Back in the mid-1800s, the Erie Railroad was a thriving but disorganized company responsible for transporting goods throughout the Northeast. The railroad company had more than 500 miles of track, making it one of the largest of its time. Today we deal with inconceivably large amounts of data that is made comprehensible only by modern technology. The entire chart in all its complex glory. This flowery chart was a way to efficiently deliver critical information to the right person. [hat tip: Co.Design]

OECD – Your Better Life Index Average personal index for Germany, men, 15–24 How’s life? There is more to life than the cold numbers of GDP and economic statistics – This Index allows you to compare well-being across countries, based on 11 topics the OECD has identified as essential, in the areas of material living conditions and quality of life. Download executive summary Download the index data Learn more about the index Better Life BlogArchive Happiness pays For World Happiness Day our guest author suggests that money can't buy you happiness but happiness may get you more money. more ... Gender equality in the workplace Over the past twenty years, women have made huge gains in the workplace but full job equality is still far from reality. more ... Education for well-being: Online discussion We know education is an essential component of well-being, so what makes an education that promotes well-being? more ... Visit our blog Blog RSS feed Find Out MoreArchive Mar 19, 2014 Society at a Glance 2014: OECD Social Indicators

Moodwall / Studio Klink and Urban Alliance Media architecture collective Urban Alliance has recently finished the Moodwall: a 24 meter long interactive light installation in Amsterdam. The Moodwall is situated in a pedestrian tunnel and interacts with people passing by, improving the atmosphere in the tunnel and making people happy and feel less unsafe. The interactive urban wallpaper is built out of about 2500 leds behind a ribbed semi-transparent wall. The curves in the wall make it less suitable for grafitti and improve the visibility of the content for the side. The resolution is horizontally stretched so the images of the screen are better for the side so people are stimulated to watch the screen from outside the tunnel. The Moodwall is a pilot project for a 70 meter long media wall proposal by Urban Alliance (in collaboration with Daan Hartoog) which won a competition for ideas to improve the public space of the social unsafe area of the Amsterdam Bijlmer. Urban Alliance is a collaboration of: