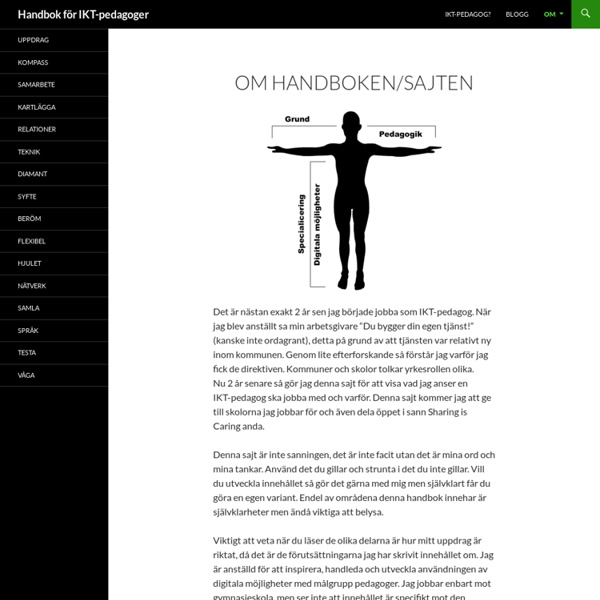 What is digital literacy? CC licensed photo shared via Flickr by s@lly Digital literacy is the topic that made the ETMOOC learning space so irresistible to me… I think as educators we spout off about wanting our students to be digitally literate, but not many of us (myself included) have a firm grasp about what that actually means, and quite a number of us are still attempting to become digitally literate ourselves. Whatever that means. It turns out, defining digital literacy isn’t such an easy task. The etmooc community was fortunate enough to hear Doug Belshaw speak on this topic in a recent webinar. I’ve followed Doug on Twitter for quite some time, and it turns out his dissertation investigates just what is digital literacy… and his TED talk can be viewed here.

Spiral You start by creating an online class group for your students. Your students can then use any internet-connected device, such as a tablet or mobile phone, to create their own profile on Spiral and join your online class group. You’re now good to go! Create Surveys and Graded Quizzes with Google Drive » Teach Amazing! Written by Teach Amazing! Using Google apps such as Google Forms and Google Sheets (spreadsheet similar to Microsoft Excel) is free and easy. These tools combine to provide and excellent way to receive feedback and even distribute self-graded quizzes. As of the date of this post, Google has updated the look of Google Drive and moved things around. So, even if you have done this before make sure you read this post to find out where everything is.

Global Social Media Users Pass 2 Billion The latest figures from Facebook suggest that the number of people actively using social media each month has now passed the 2 billion mark. More than half of these use Facebook each month, while Tencent’s QZone platform is home to almost one-third of all global users. These aren’t the only platforms posting good numbers though – Twitter in particular has shown impressive active user growth in the past few months: There will inevitably be overlap between users of these platforms though, so we’ve been careful to only include the numbers for the largest network in each country in our total global figure. Given that, it’s worth noting that another big contributor to the global active user number is VKontakte, which accounts for 75 million of the total global figure. That’s not enough to place it in the Global Top 10 rankings above, but VK is still a dominant force in Russia and a number of its neighbours.

Introduction to Screencasting Introduction A screencast is a movie (with or without narration) demonstrating how to perform an activity on a digital device (computer, phone, tablet). Screencasts are especially helpful in education regardless of grade level or subject area. They are not intended to take the place of a teacher. They can be helpful in preparing students for upcoming lessons, guiding students through deeper exploration of concepts during enrichment activities, and supporting parents as they reinforce your lessons from home.

5 tips om tekniksäkerhet This was written by Lynette Owens, director of Trend Micro’s Internet Safety for Kids and Families division. By Lynette Owens The Internet has always been around as far as our children can tell. Today, as many as half of all kids up to age 8 use Internet-connected devices, 7.5 million kids under 13 use Facebook, and 30% of apps on parents’ phones are downloaded by their kids. ThingLink in the Classroom - One image. Tons of possibilities. Want to get your message across, but do not want to cloud it with heavy text? Move away from the drib drab of everyday lessons and get more interactive using a free web-based tool called ThingLink. ThingLink can transform the way you teach, and not only that, but the way your students learn.

Overview - Welcome to Flubaroo The grades created by Flubaroo will be located in an adjacent worksheet called "Grades", as shown: For each submission, Flubaroo will show which questions were answered correctly ("1" point"), which incorrectly ("0" points), and which were not graded. If less than 60% of students got a question correct, the question will be highlighted in orange to alert you. Additionally, students who scored less than 70% on the assignment will be highlighted in red. The Flubaroo menu will now offer you the ability to email each student their grades, view a summary report, or regrade the assignment. You might want to regrade the assignment if more students submitted answers, or if you want to throw out a question that most students got wrong.

Here's How Twitter Can Track You on All of Your Devices Facebook gets all the bad press, but the bigger threat to your online privacy these days might be your Twitter account. Twitter knows you much better than you may realize. And as it prepares for an IPO, it's taking steps that may allow it to profit from your data in ways that would provoke howls of protest were Mark Zuckerberg to try the same. Until now, by design, Twitter has mostly dodged privacy concerns. It's a given that anyone can see your tweets (unlike those beer pong photos you stupidly shared on Facebook). Twitter already analyzes your tweets, retweets, location, and the people you follow to figure out which "Promoted Tweets" (a.k.a. ads) to inject into your timeline.

Benjamin's English Classes (engVid) Join me as I go to a top language school in London and see what it's like to study English there. I'll show you classes, and talk to students from around the world about their experience. Whether you want to study for the IELTS, prepare for university in an English-speaking country, or just improve your English for personal reasons, studying at a language school is a big decision. School Leaders: Guiding Teachers into the Digital Age Image credit: iStockphoto We all know that leadership is important in education. Without strong leadership, education initiatives tend to crash and burn. Can iPads help students learn science? Yes, study shows The scale of the universe can be difficult to comprehend. Pretend you are going to make a scale model with a basketball representing Earth and a tennis ball as the Moon. How far would you hold the tennis ball "Moon" from the basketball "Earth?" Most people would hold them at arm's length from each other, but the answer may surprise you: at that scale the balls would need to be held almost 30 feet apart.

Opening up a world of educational content with YouTube for Schools When I was in school during the 90s, watching videos in the classroom was a highlight of any week. The teacher would roll in a television on a cart, pop in a VHS tape, and then we’d enjoy whatever scratchy science video my teacher had checked out from the school video library that week. Sight, sound and motion have always had the power to engage students and complement classroom instruction by bringing educational topics to life. We’ve been hearing from teachers that they want to use the vast array of educational videos on YouTube in their classrooms, but are concerned that students will be distracted by the latest music video or a video of a cute cat, or a video that might not be appropriate for students. While schools that completely restrict access to YouTube may solve this distraction concern, they also limit access to hundreds of thousands of educational videos on YouTube that can help bring photosynthesis to life, or show what life was like in ancient Greece.