How To Write Unmaintainable Code 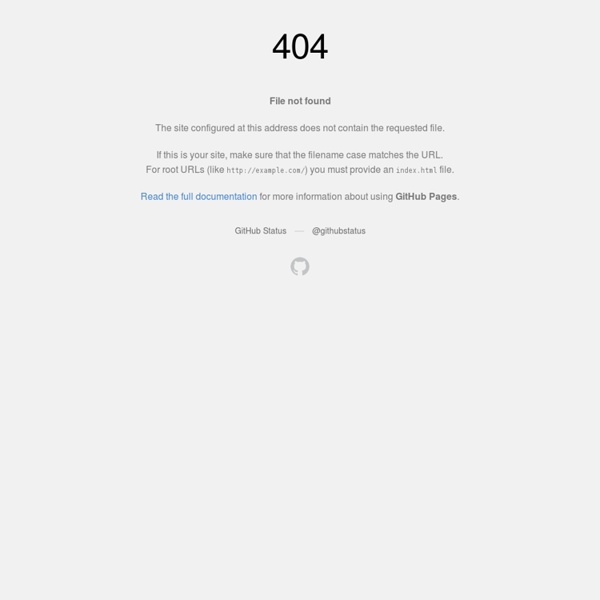 WTFs/m The International Obfuscated C Code Contest exception - Python - checking variable existing the simple image sharer New Programming Jargon Stack Overflow – like most online communities I've studied – naturally trends toward increased strictness over time. It's primarily a defense mechanism, an immune system of the sort a child develops after first entering school or daycare and being exposed to the wide, wide world of everyday sneezes and coughs with the occasional meningitis outbreak. It isn't always a pleasant process, but it is, unfortunately, a necessary one if you want to survive. Consider this question from two years ago: New programming jargon you coined? Is this even a question, really? Three hundred and eighty six! A question that invites 386 different "answers" isn't a question at all. I won't bore you with the entire history, our so-called "war on fun", and the trouble with popularity. In terms of programmer culture, though, there is precedent in the form of The Jargon File. 1. Using if(constant == variable) instead of if(variable == constant), like if(4 == foo). 2. For when you just Gotta Catch 'Em All. 3. 4. 5.

Coding Horror - Should everyone learn to code? DNA-Sharp The title of this article is incorrect because of technical limitations. The correct title is DNA#. DNA# is an esoteric programming language which is based on the schematic structure of the DNA molecule and was invented 2009 by User: Benni++. Logo of DNA# Commands[edit] There are 16 commands: * A line of ATAT or ATGC commands, selecting "newpointer", can follow these commands (see Special Commands) ** Adding three CGCG commands in a row will print out the program's source (line form) *** newpointer is only active after Special Commands Interpreter(s)[edit] For now, there is only a single interpreter, written in Javascript. Language Basics[edit] Appearance[edit] There are three forms of DNA#: Helix form (see below) Line form (example: "ATGCATATGCATTACG", helix form without "-" and whitespace) Symbol form (example: "++>=<X [edit] Comments can be put into the code similar to C/C++: AT T--A A----T T-----A A-----T T----A /* Comment */ A--T TA AT A--T A----T T-----A T-----A G----C A--T GC Commented: