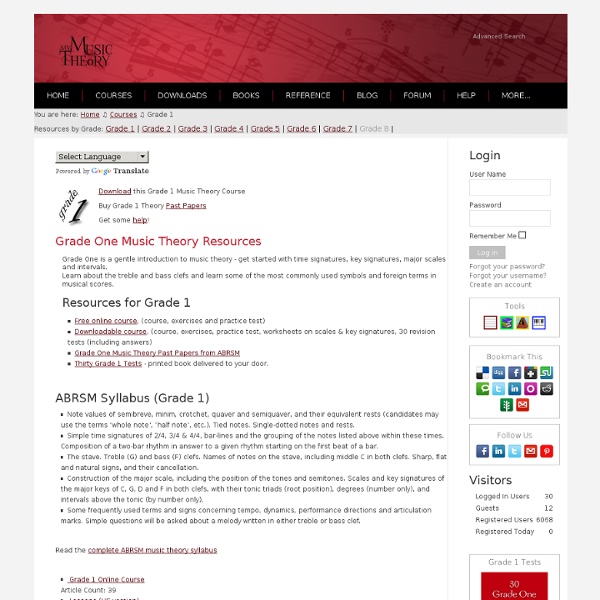 The Vinyl Years - A history of the music industry : 1950's | Vinyl Years | 1940's | 1950's | 1960's | 1970's | 1980's | 1990's | A history of the music industry : 1950's As our journey continues into the 1950's several important standards were set in the production and distribution of vinyl recordings. In 1950 RCA introduced the first 12 inch LP, followed in 1951 by the introduction of the 7" single. Both standards that still exist for vinyl recordings to this day. So with the birth of Rock 'n' Roll, the new standard of the 7 inch single would become the iconographic image around which the new Rock 'n' Roll music took it's physical form. In 1953 Elvis made his first studio recordings, cutting a personal disc in the now infamous Sun Studios in Memphis. With The BBC beginning broadcasting in FM for the first time in 1955 and stereo vinyl becoming the dominent media of all recorded music, the new era of Rock 'n' Roll saw in a new era of quality in music delivery. << Back to the 1940's | On to the 1960's >>

British rock and roll British rock and roll, or sometimes British rock 'n' roll, is a style of popular music based on American rock and roll, which emerged in the late 1950s and was popular until the arrival of beat music in 1962. It has generally been considered inferior to the American version of the genre, and made little international or lasting impact. However, it was important in establishing British youth and popular music culture and was a key factor in subsequent developments that led to the British Invasion of the mid-1960s. Since the 1960s some stars of the genre, most notably Cliff Richard, have managed to sustain successful careers and there have been periodic revivals of this form of music. Origins[edit] History[edit] Tommy Steele, one of the first British rock and rollers, performing in Stockholm in 1957 The initial response of the British music industry was to attempt to produce exact copies of American records. Decline and revivals[edit] Influence[edit] References[edit]

1960's Music Decade Overview 1960's Music played in the 60's Bands groups singers memories from The People History Site The 1960's were a time of upheaval in society, fashion, attitudes and especially music. Before 1963, the music of the sixties still reflected the sound, style and beliefs of the previous decade and many of the hit records were by artists who had found mainstream success in the 1950s, like Elvis Presley, Ray Charles, Dion, and The Everly Brothers. In 1963 and the years to follow, a number of social influences changed what popular music was and gave birth to the diversity that we experience with music today. The assassination of President Kennedy, the escalation of the war in Vietnam and the forward-progress of the Civil Rights Movement all greatly impacted the mood of American culture and the music began to reflect that change. The "British Invasion" also began around 1963 with the arrival of The Beatles on the music scene and the type of rabid fandom that followed them would change the way people would view and interact with music and musicians forever. British Invasion Motown and R&B

A Brief History of Punk The Foundations of Punk Rock The beginnings of punk rock are often furiously debated. This is partially because everyone has different definition of punk rock, and partially because its foundation stones are found in several places. "Punk Rock" was originally used to describe the garage musicians of the '60's. Bands like the Sonics were starting up and playing out with no musical or vocal instruction, and often limited skill. Because they didn't know the rules of music, they were able to break the rules. The mid to late '60s saw the appearance of the Stooges and the MC5 in Detroit. The Velvet Underground is the next piece in the puzzle. The final primary influence is found in the foundations of Glam Rock. New York: The First Punk Rock Scene The first concrete punk rock scene appeared in the mid '70s in New York. The bands were unified by their location, camaraderie, and shared musical influences. Meanwhile, Across the Pond England's punk scene had political and economic roots.

The Scooterist: Youth Culture - Mods & Rockers 1960s - 1970s Youth Culture - Mods - Late 1950s to Mid 1960s Mod (from modernist) is a subculture that originated in London, England in the late 1950s and peaked in the early-to-mid 1960s. Significant elements of the mod subculture include: fashion (often tailor-made suits); pop music, including African American soul, Jamaican ska, and British beat music and R&B; and Italian motor scooters. Coffee bars were attractive to youths, because in contrast to typical British pubs, which closed at about 11 pm, they were open until the early hours of the morning. He argues that the hard mods were also attracted to ska because it was a secret, underground, non-commercialised music that was disseminated through informal channels such as house parties and clubs. The Royal Air Force roundel, was a mod symbol. Mods & RockersThe Mods and Rockers were two conflicting British youth subcultures of the early-mid 1960s. Were you a Mod or a Rocker? Source:

Anti-war protest songs of the 60s and 70s The Vietnam war was a dominant musical theme in the '60s and '70s. Anti-war songs were much in evidence at the Woodstock festival in 1969, and were an integral part of virtually ever anti-war protest march and rally. Many of these songs were banned from mainstream radio stations, but found the perfect audience on the the so-called "underground" or "alternative" FM stations that played the albums that became what we know today as classic rock. I think these are some of the best examples of the many anti-war protest songs of the era. You're invited to add yours to the list. "2 + 2 = ?" Capitol Records All I know is that I'm young and your rules they are old If I've got to kill to live Then there's something left untold I'm no statesman I'm no general I'm no kid I'll never be It's the rules not the soldier That I find the real enemy Allmusic calls it "a ferocious antiwar song." Listen to "2+2=?" "21st Century Schizoid Man" - King Crimson Discipline Us Listen to "21st Century Schizoid Man"

Microphone Basics - The Music Espionage - The Music Espionage Here are just a few basic things to remember about microphones, this tutorial will cover Microphone Basics and what you should really start thinking about before you begin again recording. Microphone Selection All microphones have different characteristics and you should experiment with them to see which ones you prefer. A microphone is an example of a transducer, a device that changes information from one form to another. The purpose of the microphone is to convert the sound-wave into an electrical audio-signal. Condenser Microphone Wide, extended and generally more linear frequency responseDetailed, clear sound with good high frequency responseSensitive with good transient responsePhantom powered (+ 48 V)Fragile so handle with care! Dynamic Microphone More colouration in the frequency responseGood for high SPL’s (high volume)Slow transient responseRobust and reliableQuite low output needing high gain at mixerLow level of performer handling noise Quick Tip for Drums The Basic Bits Cardioid

The 70's Music Experience Relive the 70's Music Experience The 70's music scene was about some important transitions. Some of the major names in popular music were gone. A softer rock genre emerged. But so did heavy metal, cross over country, punk, reggae and disco. Relive the music of the 1970's here on this page and experience the sounds of that time period. Pictures are all available on Art.com Intro photo provided by Bigyahu from Ye Wilde Conjectures. The 70's music scene saw big changes early on in the decade. New genre's of music were becoming popular. Although heavy metal came alive, Punk was introduced and Disco kept a hectic beat in the 70's some of popular music was a bit less extreme. Artists like Linda Rondstadt and Olivia Newton-John made the charts with hits such as "You're No Good" (LR) and "Have You Never Been Mellow" (ONJ). Barry Manilow had a string of hits including "Mandy" and "I Write the Songs" among others. Other popular singers were also very successful song writers. How Did You Do?

1990s in music For music from a year in the 1990s, go to 90 | 91 | 92 | 93 | 94 | 95 | 96 | 97 | 98 | 99 Popular music in the 1990s saw the continuation of teen pop and dance-pop trends which had emerged in the 1970s and 1980s. Furthermore, hip hop grew and continued to be highly successful in the decade, with the continuation of the genre's golden age. Aside from rap, reggae, contemporary R&B and urban music in general remained extremely popular throughout the decade; urban music in the late-1980s and 1990s often blended with styles such as soul, funk and jazz, resulting in fusion genres such as new jack swing, neo-soul, hip hop soul and g-funk which were popular. It's difficult to gauge the lasting impact of 1990s music in popular culture. The U.S. and Canada[edit] Rock[edit] Alternative rock[edit] U2, a band that broke into the mainstream in the 1980s, returned to a more stripped-down sound with their 1991 album Achtung Baby, which became a critical and commercial success. [edit] Grunge[edit]

8 Classic Tech Sounds that Defined Our Digital World [VIDEOS] Audio is a big part of our computing and mobile lives, but how often do we stop and think about the individual sounds, their origin and who might be behind them? Some examples of tech audio are in fact so well-known that they cross over into mainstream culture, as some of our examples below will show. We've picked eight classic sounds that will send you down memory lane, with some interesting snippets of info to go along with them, giving you the background behind the sound. Check out our selection and let us know any memories you have of the sounds we've picked out — and do share any of your favorite geek audio files we've missed in the comments below. 1. Described as one of the most famous sounds of the 1990s, AOL's "you've got mail" pronouncement is familiar to anyone who used the company's online services, with the well-known phrase later becoming the title of a sugary-sweet Meg Ryan and Tom Hanks movie. The man behind the voice is voice actor Elwood Edwards. 2. 3. 4. 5. 6. 8.