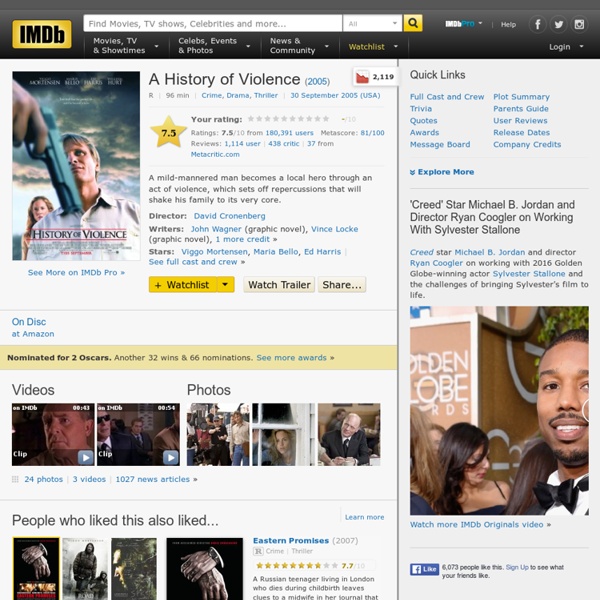 i only watched it because I'm a fan of Viggo Mortenson. The violence was so "over the top" it was almost comiical! Glad I saw it via NetFlix... I would've felt cheated if I had to pay for a ticket to see it in a theater! by zenhofman May 20