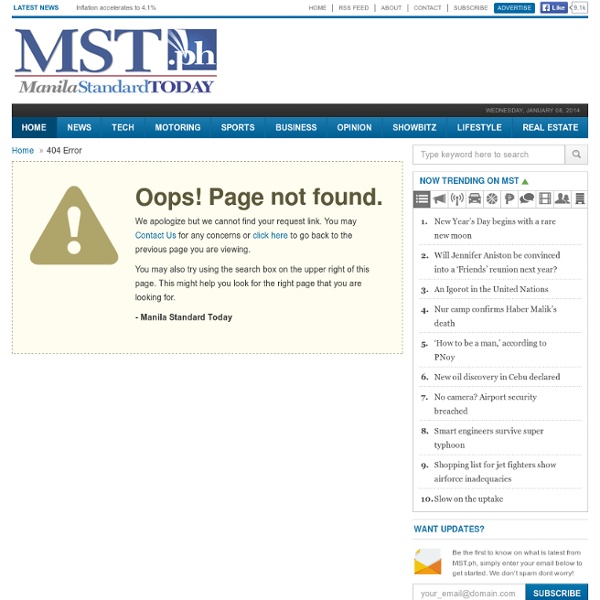 Things To Tweak After Installing Ubuntu 11.10 Oneiric Ocelot Update: for Ubuntu 12.04, see: Things To Tweak After Installing Ubuntu 12.04 Precise Pangolin Back when Ubuntu 11.04 was released, we wrote a post about stuff you may need to tweak or fix. Some of those tweaks still work but since this is a new version, there are new things that need tweaking so I've decided to make a new post with some popular old tweaks as well as some new ones. Read on! General tweaks (for both GNOME Shell and Unity) Change themes, fonts and more with GNOME Tweak Tool

End of contract: The BPO industry in crisis (This article was first published in print in issue 25 of the Philippine Collegian on 08 February 2012.) by John Toledo Artwork by Nico Villarete Getting to Grips With SSH – Part 5: Vim Control Panel, Getting Started, vCluster Get up and running quickly by following this guide for creating a new vCluster account within the Control Panel. Control Panel, MySQL, vCluster Planned Increase in Mimimum Wage and SSS Premium: Your Opinion Planned Increase in Mimimum Wage and SSS Premium: Your Opinion Price increases. Without no doubt Pinoy Entrepreneurs must be wracking their entrepreneurial brains how to control production or service costs given the rising prices of almost everything. Price of gas is increasing and, with that, follows the price of other factors of production. The Social Security System ( SSS ) recently announced its plan to increase the monthly premiums. As reported , “SSS president Emilio de Quiros Jr. on Tuesday announced a plan to increase private employees’ required contributions to 11 percent of their monthly salary from 10.4 percent.”

How To: Remove Programs Compiled from Source Code in Linux You have successfully compiled and installed a piece of software from source code. Now you no longer have a need for the program. This is how you remove the program from your system. Quick key: Aquino government’s job generation failure traced to lack of industrialization plan The increase in underemployment rate from 18.8 percent in 2010 to 19.3 percent in 2011 – which translates to more than 186,000 – shows that it is low-quality jobs which account for the slight increase in employment under Aquino. By MARYA SALAMATBulatlat.com MANILA – “There is a basic problem when a country’s government is hurting its own workers,” commented a member of the International Solidarity Mission on Mining held last week of April. The mission has reported depressed wages and rampant workers’ rights violations in mining areas particularly in the Cordillera and the Caraga regions where its members conducted simultaneous fact-finding missions. Mining is one of the key areas for investments being supported by the Aquino administration.

Fixing ‘Updating player…’ issue in Amazon Instant Video on Linux « God, Your Book Is Great !! I have been a happy Amazon Prime customer for the last couple of years. One of the biggest perks of using it the availability of large number of videos available for instantly watching. Infact, I watched almost all episodes of Star Trek (TOS to Voyager) using this method. Sometime in the second or third week of January, this method broke down. Whenever, I tried to play the episodes of Voyager, I got an error in Flash player.