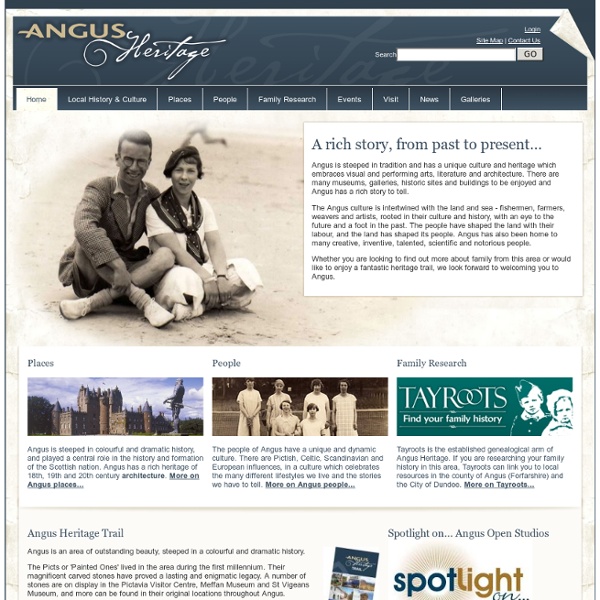 Mary Slessor : Scotland Magazine Issue 46 The life of a Scots woman and 19th century missionary to Nigeria. In her own opinion, Mary Slessor was “wee and thin and not very strong,” but throughout her life she showed herself to be a remarkably strong and tenacious woman. Combining this with her limitless enthusiasm, kindness and generosity, Mary Slessor earned her reputation as one of the most effective and well loved Christian missionaries in Africa during the 19th and early 20th centuries. Born on 2nd December 1848, Mary was the second child of a shoemaker in Aberdeen; a poor family made poorer by her father’s alcoholism. No longer able to continue in his work, Robert Slessor moved the family to Dundee in 1859, and became a mill labourer. There was little option for Mary. It was a harsh beginning in life, and instilled in Mary a strong work ethic and respect for education. Mary was deeply religious, having followed her mother in this regard and developed a keen interest in missionary work.

Mary Slessor -The white Ma of Africa The white Ma of Africa by Rit Nosotro First Published:: 2003 ( Last updated: 02/25/2011 03:38:43) When Mary Slessor was born on December 2nd, 1848, her parents didn’t know they were raising what would become Africa’s miracle. As a child, Mary lived in Gilcomston (close to Aberdeen), Scotland for the first eleven-years of her life. Once she became eleven, in 1859, her family moved to Dundee, Scotland. At the age of 27 years old, in 1873, Mary came to the realization that there had to be more to life than working in a cotton mill. After spending 3 years at a missionary compound in Calabar, Mary longed to go into the interior of Africa, “Where no other white person has settled”. Mary’s health affected her work in Africa once again and again she had to be sent home. The 39 years Mary spent with the people of different regions of Calabar were filled with excitement, disappointment, horror, and joy. Sources: Harrison, Eugene Myers. Disclaimer: The above essay was donated to hyperhistory.net.

Mary Slessor | Dundee Women's Trail Mary Slessor 20th Century Originally from Aberdeen and born into a poor family, this young girl arrived in Dundee aged eleven. As a mill-worker in Baxter’s, Mary attended the Wishart Church, along with her mother and siblings. Mary’s plaque is below the old Wishart Church, which was known locally as “Heaven and Hell” – the church was on the first floor and there was a pub on the ground floor. Mary took a great interest in the activities of the United Presbytery Mission in Calabar, Nigeria. She made friends with chieftains – notably King Edem and his widowed sister, Ma Eme. By a strange quirk of fate, Ma Eme’s great-granddaughter is married to a doctor from Dundee! Image of Mary Slessor with mothers and children.

Mary Slessor | Streams of Living Water Read: 2 Corinthians 4:1-18 There is only one missionary, to my knowledge, who has so turned the world upside down that she has earned a place on the back of a Scottish £10 note. Whoever it is, everyone acknowledges that Mary Mitchell Slessor, was a missionary of missionaries, and a Christian of Christians. Mary Slessor was born in 1848 in Aberdeen, and died in 1915 in what is now known as Nigeria. Converted during these years, she became a member of the United Presbyterian Church (the denomination which built the St. It is difficult to underestimate the savagery of the people she went to minister to. She was never a well woman, and was constantly afflicted with fevers – malaria I suppose. There are three lessons I want to draw for you from the life of this greatest of missionaries: first, her absolute devotion to prayer; secondly, the immediacy of her prayer life and thirdly, the familiarity of her prayer life. [A] Her Absolute Devotion to Prayer We do live in changed days! 1. 2. 3.

About Mary | The Mary Slessor Foundation Mary Slessor was a hard working Scottish mill girl and an unorthodox Sunday School teacher in Dundee in the mid 19th century. Inspired by David Livingstone, she became a missionary in Calabar, Nigeria, an area where no European had set foot before. Despite illness and constant danger, she lived with the tribes, learned their language, and respected their traditions, putting an end to some barbaric practises, such as the killing of twins. She adopted many Nigerian children (particularly twins) who had been left to die. Mary died in 1915, aged 67, with great mourning amongst the tribes to whom she had dedicated her whole life. Mary features on a Clydesdale Bank £10 note, the only non royal female to feature on a currency note! Find out more about Mary Slessor

Mary Slessor Tried to Transform Nigeria - 1901-2000 Church History Timeline In 1914, Mary Slessor, a world-famous missionary to Nigeria, fell so ill that she had to be taken by canoe to hospital. A few weeks later she collapsed again. As she lay semi-conscious she whispered "O God, release me." She died on this day, January 13, 1915, mourned by thousands of Nigerians. A harsh childhood prepared Mary for Africa. After she became a Christian, Mary held Bible classes for children whose lives were as bleak as her own. One gang rejected Mary's message, jeering and literally slinging mud at her. On August 5, 1876 she sailed for Africa. Another evil she fought was the treatment of wives after a husband's death. The Nigerians enslaved and branded each other. By her bold actions, Mary made a major contribution in bringing an end to the worst abuses. Resources: Excerpted and arranged from Christian History Institute's Glimpses #128.

Nigeria History While in the early days of intrusion of foreign interests into West Africa it was true to say that the flag followed trade, it is also valid to claim that that order of precedence applied equally to the Cross as to trade. The advent of the missionaries to the area drained by the River Niger and surrounding areas had a political and economic effect just as the coming of the slavers and then the palm oil traders had. Political, economic and religious forces interacted to challenge or use the traditional authority structure of the people of the south of the country. The life of Mary Mitchell Slessor, a legend in her time, is a useful proxy for the influence of the missionaries in the period up to the First World War. Mary Slessor worked in a jute mill in Dundee before being accepted to do missionary work in Calabar. Her work took her, a solitary white woman, into the lands of the Okoyong reputed to be the most westerly outpost of the Bantu tribes.

Mary Slessor, Scottish missionary to Calabar (Nigeria) Africa - Missionary biography God uses the most insignificant lives for His glory. He often selects some person from an unknown home and with His redeeming love builds a character that all the ages remember. Humble folk, who can listen to the heavenly Voice calling them to His service, become the great [servants] of God. David Livingstone, who [brought] the Gospel to Africa, was such a person. David went from a Scottish weaver's home to Africa, that he might blaze a Gospel trail across the Dark Continent. Sitting in church, tired from her long hours at the weaving mills, Mary had a sudden vision of Africa. She answered the divine challenge, and became the heroine of [Calabar, Africa]. Mary was born in the city of Aberdeen, Scotland, though her life made Dundee famous, for she spent most of her early days there. The home was humble and needy but the frail, refined, soft-spoken, praying mother knew the power of prayer. "But you're only a girl," taunted her older brother Robert. On August 5, 1876, she sailed.

MARY SLESSOR - MISSIONARY TO CALABAR The chattering stopped. Wives, their black bodies fattened according to custom, and widows, emaciated according to custom, moved closer together as a little white woman strode into the centre of the palaver where the chiefs of the tribe were seated in judgement on two young wives. The people of the village watched in wonder as the chiefs, who scorned women as mere chattels of men, rose in respect for Mary Slessor, already widely known up the creeks of Calabar as 'Ma'. She wore a shapeless, sleeveless garment, not the formal long-sleeved dress which was normal for white women in the tropics in 1882; and her head was uncovered except for her shock of close cropped red hair, for she refused to wear the sun helmet which the doctors insisted was vital for Europeans. Today she was grave. She urged him not to have the girls flogged. First she turned to the girls and addressed them in fluent Efik. She scolded the girls for abusing their master's trust. She sat down. Mary was then thirty-four.