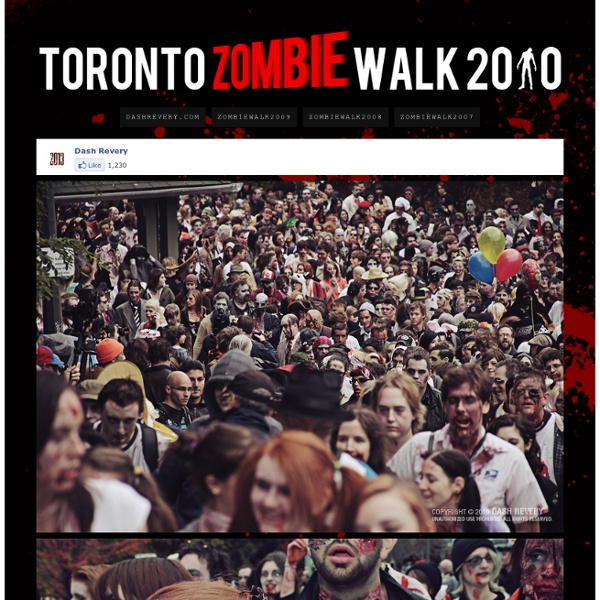 Dear Photograph - StumbleUpon Psychadellivision by ~Volcanic-Penguin on deviantART THEY'RE HERE! 2010 DARWIN AWARDS - You've been waiting for them with bated breath, so without further ado, here are the 2010 Darwin Awards. Eighth Place In Detroit, a 41-year-old man got stuck and drowned in two feet of water after squeezing head first through an 18-inch-wide sewer grate to retrieve his car keys. Seventh Place A 49-year-old San Francisco stockbroker, who "totally zoned when he ran", accidentally jogged off a 100-foot high cliff on his daily run. Sixth Place While at the beach, Daniel Jones, 21, dug an 8 foot hole for protection from the wind and had been sitting in a beach chair at the bottom, when it collapsed, burying him beneath 5 feet of sand. Fifth Place Santiago Alvarado, 24, was killed as he fell through the ceiling of a bicycle shop he was burglarizing. Fourth Place Sylvester Briddell, Jr., 26, was killed as he won a bet with friends who said he would not put a revolver loaded with four bullets into his mouth and pull the trigger. Third Place After stepping around a marked police patrol car parked at the front door, a man walked into H&J Leather & Firearms intent on robbing the store.

Crazy Illustrations By Chow Hon Lam - StumbleUpon Chow Hon Lam is a t-shirt designer and a humorous illustrator from Malaysia. He has been completed this crazy project called Flying Mouse 365, which is create 1 design per day. I hope his illustrations can bring some smile and entertainment to the world. About the author Davidope’s mesmerizing animations Davidope is creative director and founder of Volll studio, based in Budapest. Besides that he has a tumblr where he show off some cool stuff he find online and AWESOME animated gifs he make. Black and white ipnotizing machines, optical illusions with 3D depth. You’ll get stunned. Stuff no one told you: Simple truths of life At some point in 2010, Alex Noriega, illustrator from Barcelana, was going through a crisis due to some isues at work. He decided to start a blog as a way of trying to find what he was doing wrong. He wanted to put on paper all that he had learned in life as simple as possible and try to see if what was happening around him made any sense. And it didn’t Still, his work is great and we are happy to present it to you!

Created Equal... Photographer Mark Laita | InspireFirst - StumbleUpon In America, the chasm between rich and poor is growing, the clash between conservatives and liberals is strengthening, and even good and evil seem more polarized than ever before. At the heart of this collection of portraits is my desire to remind us that we were all equal, until our environment, circumstances or fate molded and weathered us into whom we have become. Los Angeles- and New York-based photographer Mark Laita completed Created Equal over the course of eight years; his poignant words reflect the striking polarizations found in his photographs. Bodybuilder / Amish Farmer, 2006 / 2004 Young Boxer / Retired Boxer, 2002 / 2002 Beauty Salon Customer / Man with Curlers, 2005 / 2004 Lingerie Model / Woman in Girdle, 2006 / 2007 Catholic Nuns / Prostitutes, 2002 / 2002 Vegetarian / Butcher, 1999 / 2004 Fur Trapper / Woman with Dog, 2003 / 2004 Amish Adolescents / Teens punks, 2004 / 2004 Mariachis / Elvis Impersonators, 2000 / 2002 French Chef / Short Order Cook, 2006 / 1999 More photos!