How to make origami flower 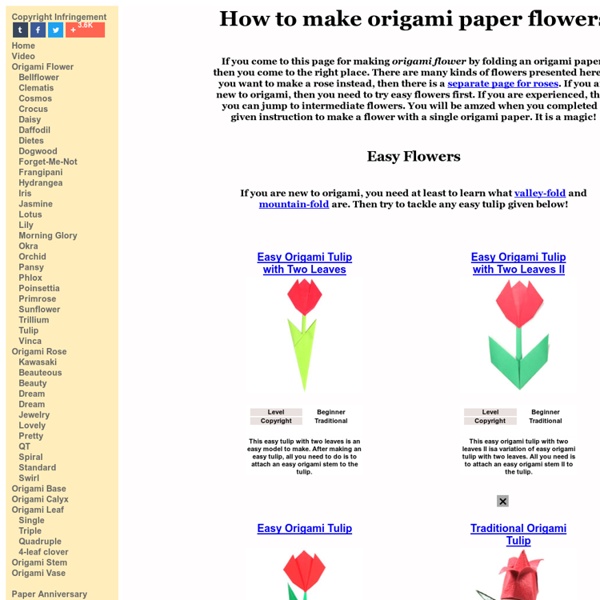 40 Must Learn Text Effect Tutorials in Illustrator - You The Designer | You The Designer Tutorials January 31, 2011 The love of creating text effects has become a common ground for many designers and enthusiasts. Indeed, it has even become an art form in itself. It would be best to learn from other artists every now and then. Check out these 40 Must Learn Text Effect Tutorials in Illustrator and be inspired to create your own masterpieces; you could even share your work with the rest of the world right in the comments below! Create a Green Viscous Text Effect In this tutorial you will use illustrator’s 3D tools to add dimension on the text, and then add a green viscous text effect.. Learn to Create a Variety of Script Lettering This tutorial will showcase three different approaches, which result in three different script lettering styles. starting with a nice simple basic script, touch on a more athletic inspired lettering style and work along the way to a classic, fancy script. How to create a glassy text effect in Illustrator How to Create an Entangled Lettering Illustration