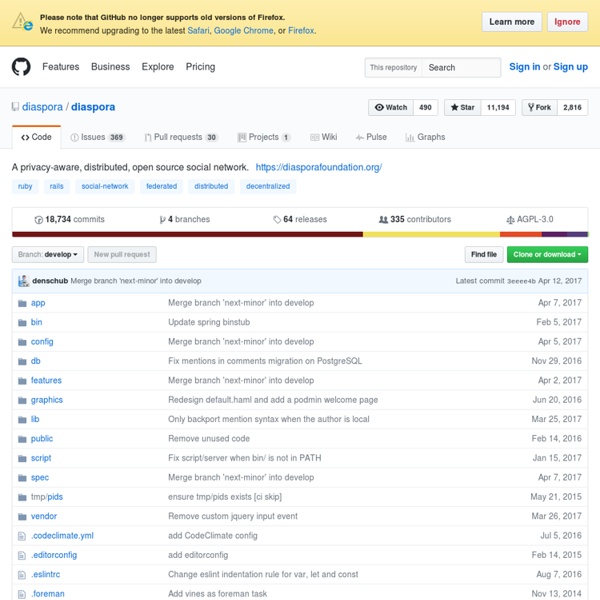 7 open source projects to cut your teeth on (and the ones to avoid) The reasons for contributing to open source projects are as diverse as the projects themselves: To garner new skills, add experience, network with peers, or just for fun. Choosing a project that best suits your needs, and one that is friendly to newcomers, however, can be a daunting task. We polled well-known open source contributors for their recommendations, and the best way to start. They also offer advice on which projects to avoid. These 7 projects welcome, and encourage new contributors: Drupal: The Drupal open source content management platform offers a vast, international community with a reputation for being friendly and inviting to new contributors. [ RELATED: Building your career in open source ] If you haven't tried Drupal, don't let that deter you. Then you can tweak your site settings while you learn how Drupal sites work. Not for newbies: Unless you are a seasoned, well-known open source developer with thick skin, avoid the Linux kernel. How to pick a project Teaser:

Decentralize the web with Diaspora by Daniel G. Maxwell S. Raphael S. Ilya Z. We're fully funded! Check out some of the other great projects on Kickstarter Diaspora - the privacy aware, personally controlled, do-it-all distributed open source social network We are four talented young programmers from NYU’s Courant Institute trying to raise money so we can spend the summer building Diaspora; an open source personal web server that will put individuals in control of their data. What is it? Enter your Diaspora “seed,” a personal web server that stores all of your information and shares it with your friends. For a little more detailed explanation, checkout this blog post. What is the project about? We believe that privacy and connectedness do not have to be mutually exclusive. Why are we building it? This February, Eben Moglen, Columbia law professor and author of the latest GPL, gave a talk on Internet privacy. But why is centralization so much more convenient, even in an age where relatively powerful computers are ubiquitous? Why do we need money? Our Promise.

GNU social social is FooCorp's new social network, designed for privacy, ease of use and simplicity. When complete, social will: Let you easily share photos and videos with your friends and family.Protect your privacy by strictly controlling who can see you and your information.Give you control over your relationships, by letting you export your friends and messages.Create a decentralized social network that can communicate with other existing social software, such as StatusNet, Appleseed, Diaspora and more.Be a target platform for new kinds of applications, both on the FooPlug, Debian Freedombox project and other kinds of new form factor computers. The second stage of development will involve rebuilding our music sharing site, Libre.fm into a social site of its own, enabling the social sharing of millions of listened songs, and the ability to connect with artists and fans on your own terms. Roadmap social requires git, PHP5, a MySQL database and the PHP5 libraries for curl and gd.

LibreOffice Easy Hacks Welcome This page is all about our Easy Hacks project. These hacks have been determined to be great starting points for new developers on the project - when you visit the bug on our bug tracker you will find useful code pointers as well as at least one expert who will be available to help you if you have questions. A few random EasyHacks Please feel free to tackle one of these! 5 Open; 0 Resolved; 5 Total (0% complete) don't see something fun ? Getting Started The basic flow is to: Do I have to build LibreOffice? Building from source is necessary for most but not all of the Easy Hacks. Hacking Tips If you create new files, please use our License Header.Please avoid larger reformatting of the code for the time being (except for the tasks listed below) - we're pondering auto/magic ways to do that mid- to long-term.If you need to search constructs in the code, there is a code search engine at Workflow If the Easy Hack is really quick and easy, 'just do it'.

Reddit hits 1 billion page views per month 2 February '11, 09:58pm Follow Reddit has just reported that their site’s analytics have a sweet new punctuation mark next to them, meaning that its site has served one billion users in just one month. In its blog post Mike [raldi] writes that “There are only about 100 sites on the entire Internet that get a billion pageviews in a single month, and now reddit can put on its smoking jacket and join that exclusive club.” Reddit has grown tremendously this year, from 250 million page views in January 2010 to 829 million in December, and more than doubling its number of servers from 50 to 119 in the same timeframe. In September 2010, reddit pageviews surpassed Digg’s, when Digg founder Kevin Rose revealed that his site only garnered 200 million page views in the month of July. Mike [raldi] sends a big thank you to all of the reddit community:

Hacker Guide VLC media player is a very popular, but quite large and complex piece of software. It uses a large number of 3rd party libraries. VLC development is open source, and then a large community of developers worldwide contribute to it. However, entering a project such as VLC media player can be long and complex for new developers. This guide seeks to help understanding the VLC code base and VLC internals to quickly get up to speed.NB: this guide is not about compiling VLC. A very good introduction to VLC can also be found on enjoythearchitecture. VLC's Core / libVLCcore The most important (and probably most complex) part of VLC is the core, located in src/ in the repository. Introduction to the core This is a MUST-READ for developers. Plugins / Modules How to write a VLC module. Input Access An access module provides a byte stream from a location string MRL, like support for files, HTTP streams, webcams... Audio Video Interfaces Interfaces Modules types not documented (yet) Misc Streaming output

Contributors Tech Guide This document is meant for Apache contributors. A contributor is anyone who wants contribute (code, documentation, tests, ideas, anything!) to any Apache project hosted here at the Apache Software Foundation (ASF). Existing Apache Committers should see the New Committer Guide and FAQ. Several books and many papers have been written about the way open source works and how you can become a valuable member of the open source/free software community. Subversion (SVN), is the version control system used by most projects at Apache. Bleeding-edge / Nightly code Getting the source directly from the source repository usually gives you the bleeding edge version of that particular project. The trunk directory contains the current source code, and thus it's usually used in the source code access urls given by the projects. The tags directory contains specific versions of the project that were tagged with some name. Windows: Use cygwin If you use cygwin, please follow the Unix/Linux instructions below.

mozilla/pdf.js Ocular - a free, open source WYSIWYG editor for HTML - Home Contribute to the project What are the financial needs of VideoLAN? Buy hardware for developing and testing purposes (DVDs, satellite cards and antenna, MPEG encoding cards,...) Maintain the servers and hardware to run VideoLAN services. Promote the project by organizing or participating in events (FOSDEM, Linux Expo Paris, ...) What is the legal structure of VideoLAN? VideoLAN is a non-profit organization, under French law. Donate to VideoLAN via PayPal You can donate money to the project through VideoLAN's PayPal account. If you click on one of the buttons below, you will be taken to the secure PayPal Web site. If you encounter problems or if you have questions, you can contact us. Donate to VideoLAN via Bank account Donate to VideoLAN using Bitcoins Use the following address: 13SUvejFvShyjA7FURHvqrnHr8HHUmr4HZ Or the QR-Code: