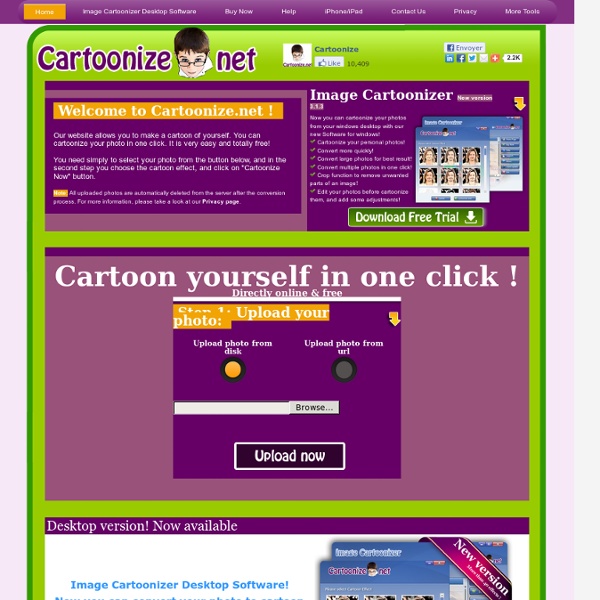 PhotoMontager.com: Make great photo montages for free! Photo to Cartoon PDClipart.org - Public Domain Clip Art Photo Effects and Photo Editing with One Click - BeFunky.com WebTreats ETC Black and white photography by Nobuyuki Taguchi :: koikoikoi.com - Visual Arts Magazine, graphic design, illustration, photography, interviews, inspiration, tutorials Born in 1968 in Yokohama, Japan, Nobuyuki Taguchi first began his photography back in 1991, when he was studying Fine Art in Sculpture at University in London. After finishing his MA course in 1995, Nobuyuki soon developed a deep interest in Information Technology and he became an IT professional. In 1999 he started “Digital” photography and has been spending more time on his photography since. In 2007 he started publishing his Black and White Photography on the internet. I selected 28 subjects that i most like, to see more you can surf nobuyukitaguchi.com

Clipper Ship Cards Bruce Roberts Clipper ship trade cards are cards that were issued by dispatch lines to advertise specific voyages of clipper ships from one port (usually New York or Boston) to another (usually San Francisco). They were distributed primarily during the late 1850s and early 1860s. During the pre-Gold Rush era, clipper ship sailings were advertised primarily by brief, unadorned announcements in newspapers. Once gold fever struck, posters and broadsides were the printed media most often used. Ironically, this heyday for clipper cards did not correspond with the peak times of the industry they promoted. Most clipper cards were printed in full color, on coated stock, and represent some of the finest early American color advertising artwork. While most clipper ship cards show "action" scenes, some offer pleasant, Pastoral images. The art of the clipper ship card was limited only by the artist's imagination and ability, and these qualities were rarely lacking.