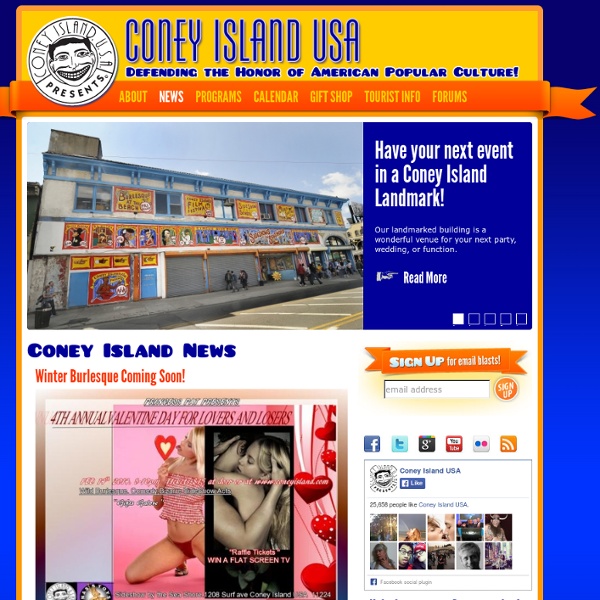 Fort Tilden Positioned on Rockaway Peninsula, Fort Tilden—part of Gateway National Recreation Area—offers a mixture of decommissioned military structures and reclaimed natural areas, including some of the most beautiful beaches (un-lifeguarded) in New York that are perfect for walking or fishing. Tours and other ranger-led programs highlight many great spots to see wildlife in the maritime forest, along the Atlantic shore, and near the fort's freshwater pond. The observatory deck on top of Battery Harris East, a historic gun site, offers dramatic 360-degree panoramic views of Jamaica Bay and New York Harbor, and is a great vantage point from which to spot migrating birds. Listen to stories about hawking in Fort Tilden and other national park sites around Jamaica Bay from national park ranger and naturalist Dave Taft. Problems using the player? The former fort is now home to two local non-profit organizations which have transformed abandoned military buildings into a haven for the arts.

The favourite neighbourhood haunts of five clued-up New York locals | Travel | The Observer Billy Noble 25, lives on the Upper East Side and teaches 12- to 14-year-olds in the Bronx I guess you could safely say I am not your typical New Yorker. But that doesn't mean I don't go out. There's a great Indian vegetarian restaurant called Chennai (1st Ave, between East 86th and 87th), and some good spots to grab a cheap pint near where I live. When I do "go out" properly, I usually head to Alphabet City in the East Village. Annabelle's verdict: The small Neue Galerie was new to me; it has a great collection of works by Klee, Klimt, Schiele and Kandinsky, and you hear New York voices rather than Japanese and British. It's an easy stroll down to the park by the East River; take a large coffee and a larger pair of sunglasses to hide behind, so you can stare at the coiffed and buffed society ladies walking their pekes and poodles. Irish pubs are ten a penny in New York, but the Kinsale Tavern is, I suspect, better than most, with its choice of beers. Francisca Ovalle Ahmed Ibrahim Danny Meyer

Manhattan Map, New York City Map - NYC Map by NYCTourist.com, your Official source for New York City and Manhattan information *Terms & Conditions: Offers, promotions and rates subject to change and may vary based upon date, length of stay and other factors. Some offers do not include taxes and fees. All offers based on availability and are subject to change without notice. Uptown Manhattan Neighborhoods Guide Harlem: Originally a Dutch village, Harlem was established in 1658 and annexed to New York City in 1873. Morningside Heights: Bounded by Morningside Park to the east, Harlem to the north, and Riverside Park to the west, Morningside Heights is a thriving "college town" in New York City. East Harlem: Located in the north-eastern part of Manhattan, bounded by the Harlem River, the East River, East 96th Street, and Fifth Avenue, East Harlem, also known as Spanish Harlem and El Barrio, is one of the largest predominantly Latino communities in New York City. Midtown Manhattan Neighborhoods Guide Midtown West: Midtown West is a popular commerical neighborhood on the west side of Manhattan.

12 Sexiest Places in Brooklyn What makes a place sexy? It's all about attitude —Brooklyn attitude, for instance. In honor of Valentine's Day, here are a dozen of Brooklyn's sexiest places, some offbeat, some mainstream. 1. Hotel Delmano is not a hotel at all. Hotel Delmano, 82 Berry Street at North 9th Street in Williamsburg, Brooklyn. (718)387-1945. 2. New York Magazine calls it "a candy store of hotter-than-hot shoes." Chuckie’s Designer Shoes LTD, 1304 Kings Hwy, Midwood, Brooklyn. (718) 376- 1003. 3. The vintage Playboy pinups and old romance magazine covers plastered all over the bathroom walls of Toby’s Public House in Greenwood Heights read like a history of mid-century American ideas of sexiness. Toby’s Public House, 686 6th Avenue, Brooklyn. (718) 788-1186. 4. DUMBO's twilight spaces, unexpected corners, and hulking old buildings are mysterious yet charming. It's picture book romantic, in a New York-y kind of way, too. More about DUMBO. 5. 6. 7. 8.

Dave's New York: Workwear, Outerwear, Footwear and Military clothing A sneak preview of Manhattan's new High Line Park | Travel | The A derelict mass of rusty iron and reinforced concrete; a vestige of a bygone era that tore through the West Side of Manhattan; a grim and gritty canopy, sheltering blood-soaked meat packers and transgender prostitutes. Back in 1990, the raised tracks of the High Line, which until 1980 had freighted factory goods between 34th street and Chelsea and Soho downtown did not seem to me like the natural place for a park. Unknown to even the most inquisitive New Yorker, this 1½-mile stretch of abandoned elevated railway had become a secret garden in the sky - a home to saplings, wild grasses and monarch butterflies. Now, two decades on, the whole city is in the know: that hunk of junk is about to become a park. Climbing stairs to its rail bed reveals manic planting and construction. I'm at the Gansevoort Woodland, the park's southern terminus, where dense vegetation transports me from the urban life of the stylish Meatpacking District below. After that the line went native. Loved, yes. Paris

9 Mindfulness Rituals to Make Your Day Better | zen habits “Smile, breathe and go slowly.” - Thich Nhat Hanh, Zen Buddhist monk Post written by Leo Babauta. Are you simply moving through your day, without fully living? I did this for many years. But today isn’t preparation for tomorrow. Fully live today by being mindful. You don’t need to do all of these, but give a few of them a try to see if they make your day better. Mindfulness Rituals Ritual isn’t about doing a routine mindlessly. Here are a few of my favorites: 1. 2. 3. 4. 5. 6. 7. 8. 9. These rituals aren’t the only time you should be mindful, but they’re great reminders. Brooklyn Heights Promenade The Brooklyn Heights Promenade will take your breath away. Made famous by cameo appearances in movies like Annie Hall and Moonstruck, it is one of the most romantic spots in New York City, and has been the destination for thousands of first dates, wedding proposals and anniversary celebrations. One-third of a mile long, it offers a vista of the Statue of Liberty, the Manhattan skyline and the majestic Brooklyn Bridge. Looking out on the East River, the promenade is bordered by grand townhouses and mansions, and is part of Brooklyn's first Historic Preservation District. During the 1800's, New York and Brooklyn boomed and many of New York's wealthiest investors settled in Brooklyn Heights. In the mid-1940s Robert Moses wanted to construct a new expressway right through the heart of Brooklyn Heights.

Greenmarket Farmers Markets Greenmarket was founded in 1976 with a two-fold mission: to promote regional agriculture by providing small family farms the opportunity to sell their locally grown products directly to consumers, and to ensure that all New Yorkers have access to the freshest, most nutritious locally grown food the region has to offer. What began over three decades ago with 12 farmers in a parking lot on 59th Street and 2nd Avenue in Manhattan has now grown to become the largest and most diverse outdoor urban farmers market network in the country, now with 54 markets, over 230 family farms and fishermen participating, and over 30,000 acres of farmland protected from development.