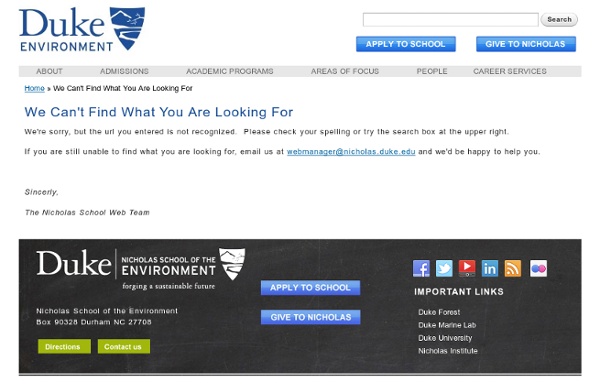 FutureGen Alliance » Carbon Capture and Storage One of the things that makes the FutureGen 2.0 power plant unique is its ability to capture the CO2 created during the electricity generation process, compress it and pump it into deep geologic formations thousands of feet below the earth’s surface where it is permanently stored. This technology is known as carbon storage (sometimes also called carbon sequestration). Carbon capture and storage (CCS) is widely viewed as an essential technology in the effort to address climate change concerns. CCS offers the potential to largely eliminate the CO2 emissions associated with power plants, cements plants, refineries and other stationary industrial sources. Independent scientists have rigorously studied several types of rock formations that can be used to store CO2. After the carbon dioxide is injected, the Alliance will continue to monitor it by conducting periodic surveys with a sophisticated monitoring, verification, and accounting protocol.

The Black Hole In Labor's Carbon Tax How much carbon pollution will actually be reduced by the Gillard Government's carbon tax? If you've been following the debate, you'll have the Prime Minister repeat the figure "160 million tonnnes" a number of times, which, she is keen to point out, is the equivalent of taking "45 million cars" off the road. The figure comes from the sophisticated economic modelling performed by Treasury for the carbon policy. The Treasury models suggests that to meet Australia's target of a 5 per cent cut in greenhouse gas emissions by 2020, we're going to have to emit around 152 million tonnes less pollution. But it turns out that the majority of this abatement does not come from Australian industry or consumers — or from Australia at all. Australian carbon abatement projections from domestic and international sources. In the graph above, the bars in yellow represent the amount of carbon abatement that will come from domestic Australian activities. The REDD program has plenty of critics too.

RADOST Akteursanalyse - Teil II: Interessen, Nutzungsansprüche, Ziele und Konflikte relevanter Akteure der deutschen Ostseeküste vor dem Hintergrund des Klimawandels | Ecologic Institute: An International Think Tank for Environment and Development How do relevant stakeholders on the Baltic Sea Coast perceive climate change in their region? What adaptation measures are well known and which should be implemented? Additionally, who are the relevant stakeholders? These and other questions are answered in the first part of the RADOST stakeholder analysis, which was written by staff members of Ecologic Institute. The report is available for download. Between April and December 2010, staff members of the Ecologic Institute conducted and evaluated 23 interviews with governmental and nongovernmental stakeholders in the German States of Mecklenburg-Western Pomerania and Schleswig-Holstein. The consequences of climate change are predominately perceived as negative, especially rising sea levels, more storms, rising temperatures, summer drought, and more intense rainfall. The report [pdf, 2 MB, German] is available for download. Further links: Keywords: Climate change, adaptation, mitigation, adaptation strategies, Baltic Sea Coast, actors

Blog « The #SciFund Challenge Each day we are going to highlight one of the amazing research projects seeking funding in Round 4 of the #Scifund Challenge. Today we meet up with the talented Erin Eastwood (she paints and sciences!) Tell us about yourself, where you are from, and where you see yourself going. I was born and raised in Los Angeles, CA, and have been a total ocean nerd since the very beginning. How did you get involved in your research project? I went to Fiji two years ago to help a friend with her research on marine protected areas. From that trip on, I have focused on the benefits of scientific research to nature AND to people. Why is your research important to you? Because our oceans need to be protected! Even though Fiji is far away, and the reef fish dispersal patterns I’m investigating are on a relatively small scale, it’s important to provide people who care with information they can use to make a difference.

DTI Oil & Gas - Maximising Recovery Programme (formerly SHARP) IOR Views CO2 is an effective EOR agent, but its application has mainly been restricted to basins which have significant nearby subsurface sources of CO2, the Permian Basin in the USA being the only large scale example of CO2 flooding. Concerns over the possible link between emissions of manmade greenhouse gases (predominantly CO2) and climate change have led to increased efforts to improve technology to reduce the cost of CO2 capture and introduce fiscal measures to promote CO2 sequestration. In this context CO2 EOR projects can add value by maximising hydrocarbon recovery and provide a possible bridge to a lower carbon emissions future by reducing the lifecycle cost of sequestration. CO2 EOR in the Permian Basin The Permian Basin of West Texas has a development history going back to 1920. CO2 is supplied from three natural source fields (McElmo Dome, Sheep Mountain and Bravo Dome) and transported as a dense phase some 500 miles to the Permian Basin. Vertical conformance . Mobilisation of oil .

Carbon credits market at point of collapse Unpopular ... carbon credits. Photo: Rob Homer THE international market in carbon credits has suffered an almost total collapse, with only $US1.5 billion of them traded last year - the lowest since the system opened in 2005, says a report from the World Bank. A fledgling market in greenhouse gas emissions in the United States also declined, and only the European Union's internal market in carbon remained healthy, worth $US120 billion. However, leaked documents appear to show that even the EU's system is in danger. The international market in carbon credits was brought about under the Kyoto Protocol, as a way of injecting investment in low-carbon technology in the developing world. Under the system, known as the clean development mechanism, projects such as wind farms or solar panels in developing countries are awarded credits for every tonne of carbon avoided. Advertisement If the poor performance continued, it would mean increasing greenhouse gas emissions, he said. Guardian News & Media

Climate Change Doubles Cost of Conserving Nature Arlington, VA / San Francisco, CA / Stellenbosch, South Africa — Climate change will make conservation of biodiversity, and all the associated human benefits such as clean water and clean air, more challenging and expensive, with costs increasing by more than 100 percent in some cases, according to three new studies by a group of international researchers convened by Conservation International. Researchers called the studies a "wake-up call" for cost-efficient biodiversity conservation and climate stabilization. The researchers focused on species and ecosystems in South Africa, Madagascar and California. The results were presented in three papers published together in the journal Conservation Biology today under the title Conservation Focus: Costs of Adapting Conservation to Climate Change. The studies are among the first to estimate the costs of conserving biodiversity under the effects of climate change. Available content for media (***Please Provide Image Credits***)

» Aligning Marine Management Institutions with Key Ecological and Economic Linkages in the Gulf of California, Mexico Marine Conservation Science Project Update, June 2013 Our project focuses on the coupled natural and human coastal marine systems of the Gulf of California, in northwest Mexico. By developing an interdisciplinary framework for understanding coastal marine environment-society connections in this region, we are generating information to help inform innovative marine management strategies in the Gulf and other coastal and marine areas worldwide. Guiding research questions include: What are the key ecological and economic linkages among the coupled natural and human systems of the region?What is the broader ecological, social, economic, and institutional context within which small scale fishermen in the Gulf of California, and particularly in the La Paz region, operate? Read our field notes, from Cabo Pulmo, Sinaloa, and La Paz. View our most recent publication (Reddy et al. 2013) on the coupled interactions between fishers and local economies and the influences of these connections on both people and nature. Project Team

Powerplant CCS Blog - Latest in CO2 Sequestration at Power Plants Super critical coal power plant to come up in Malaysia Super critical coal fired power plant coming up at Malaysia. Carbon Capture and Storage Events The Second International Forum on Transportation of Co2 by Pipeline: The Second International Forum on Transportation of Co2 by pipeline (22 – 23 June 2011) is organized by Tiratsoo Technical and Clarion in Newcastle, UK. Hydrological Cycle and Climate Change Hydrological cycle refers to the movement of water in various forms within different spheres of the earth surface. Enhanced Oil Recovery Projects with CO2. CO2 Enhanced Oil Recovery World over, many countries are grappling with the twin challenges of reducing dependence on foreign energy sources as well as decreasing emissions of greenhouse gases, the topic of carbon dioxide (CO2) enhanced oil recovery (EOR) has therefore received increased attention. CCS Projects in China China is the largest Carbon dioxide emitter in the world and it emits more than 3 billion ton Co2 per year.

Australia’s carbon price architecture explained « Climate Dilemma Grassroots Innovations Funding « Of Dolphins & Fishers Generous support has allowed me to pursue my research interests, and I am incredibly grateful for the faith that my funding sources have demonstrated in my research ideas. Currently, my fieldwork is being funded by the Fulbright U.S. Students Program (for the Philippines), the National Geographic Society-Waitt Grants Program, and the Friends of the UCSD International Center’s Ruth Newmark Scholarship. Future research in Thailand and Indonesia will be supported by the Artisanal Fisheries Research Network‘s project, “Coordinating Research for Sustaining Artisanal Fisheries”, funded by the Waitt Foundation. Previous research during my PhD has been supported by the Mia J. This research is relatively low-budget, “muddy boots” work, and I strive to ensure that this funding yields quality information that contributes to conservation. So, I’d like to thank all of my funding sources for their support. Like this: Like Loading...

Enhanced Oil Recovery Projects with CO2. Challenges, Standards and more | PowerPlantCCS Blog Read the rest of this entry » CO2 Enhanced Oil Recovery World over, many countries are grappling with the twin challenges of reducing dependence on foreign energy sources as well as decreasing emissions of greenhouse gases, the topic of carbon dioxide (CO2) enhanced oil recovery (EOR) has therefore received increased attention. Studies reveal that CO2 -EOR has a substantial immediate- to long-term role to play in both increasing domestic oil production in a responsible way, and in sequestering CO2 underground. Enhanced Oil Recovery (also known as improved oil recovery or tertiary oil recovery) is a technique that is employed to increase the recovery of crude oil by injecting carbon-dioxide into the pore spaces of the rocks to extract from an oil field. Now, how does injecting CO2 into the pore spaces of a rock aid in crude oil recovery? When carbon-dioxide is injected into an oil reservoir, it mixes readily with the residual crude oil/ stranded oil. Image Courtesy: NETL Break- up costs: No.

Smoke and Mirrors Bob Brown described Sunday as “great green action day for this nation”. But the carbon price scheme the Greens and Labor are pushing is really one great big exercise in passing the buck. Most importantly, this is an attempt to pass the costs of restructuring the Australian economy onto the working class in the long term (as Ben Hillier reports). Part of the package announced on Sunday was a target of cutting emissions by 80 per cent by 2050 (based on their level in 2000). But this isn’t what it seems. This market is notoriously dodgy. Almost all emissions reductions under the CPRS will be bought in from overseas – a case of smoke and mirrors, with offsets hiding the reality that Australia would be continuing with its highly polluting economy. But international offsets aren’t just a trick: they also screw over real people. The carbon price scheme will create more demand for projects like these. So what’s the alternative? We know the technology exists.