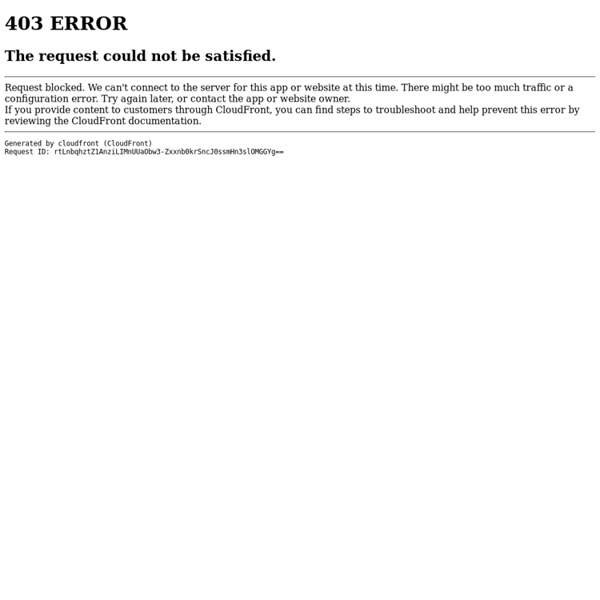 Inside the Manconomy, the Industry Selling a New Kind of Masculinity There are a lot of commercials and celebrities and “celebrities” and books and hashtags and approximately 73 podcasts and at least one Bagel Bites campaign telling us how to be better fathers, husbands, friends, and colleagues. Their business is self-improvement—the individual and collective betterment of the male species—and they’re selling wokeness and intentionality, self-awareness and feminism. And we seem to be buying it.

Draw the Head From Any Angle The Basic Forms To draw the head from any angle you must first understand its basic structure. Look past all the distracting details and visualize the underlying forms. Vindictus Concept Art Check out these awesome illustrations and concepts designs created for Nexon’s Vindictus. Vindictus is a free online fast action 3D fighter built on Valve’s source engine that offers freedom of motion, smooth flowing combat and co-operative boss battles. Link: vindictus.nexon.net America’s Empty-Church Problem When pundits describe the Americans who sleep in on Sundays, they often conjure left-leaning hipsters. But religious attendance is down among Republicans, too. According to data assembled for me by the Public Religion Research Institute (PRRI), the percentage of white Republicans with no religious affiliation has nearly tripled since 1990. This shift helped Trump win the GOP nomination. During the campaign, commentators had a hard time reconciling Trump’s apparent ignorance of Christianity and his history of pro-choice and pro-gay-rights statements with his support from evangelicals. But as Notre Dame’s Geoffrey Layman noted, “Trump does best among evangelicals with one key trait: They don’t really go to church.”

Live Model Books Pose Tool A Pose is usually a collection of photos of a model in one position. For example, a nude model standing in the contrapposto position or the T-pose will be photographed from 24 different angles (once every 15-degrees as the model is rotated). Those 24 art reference photos are collected into one "Pose." When the project first started, we imagined our customers as sculptors.

Joon Ahn Joon Ahn is a professional concept artist working in the motion picture and film industry. Joon attended the Art Center College of Design and is currently a concept and background artist at Disney. Link: joonahn.com 25,000 Missing Deaths: Tracking the True Toll of the Coronavirus Crisis Peru 28,000 monthly deaths Jan. Dec. Deaths in 2020 Expected deaths in 2020 Lackadaisy Expressions Boy, I didn't know what I was getting myself into when I started this. I've had requests for some sort of expressions tutorial dating back a while now, so I figured, "Sure! I can explain expression drawing...and it'll be way better than all those tutorials out there that are nothing but charts of generic expressions. Yeah! Just give me a day or two to whip something up..."