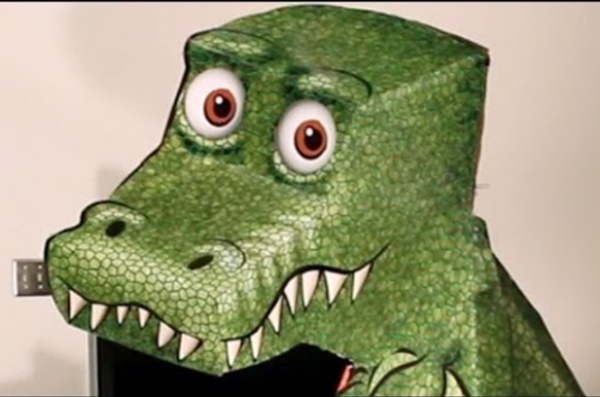 Write Your Name in Runes Write Your Name in Runes The runic alphabet, or Futhark, gets its name from its first six letters (f, u, th, a, r, k), much like the word "alphabet" derives from the first two letters of the Greek alphabet, alpha and beta. Each rune not only represents a phonetic sound but also has its own distinct meaning often connected with Norse mythology.

Man's static jacket sparks alert An Australian man built up so much static electricity in his clothes as he walked that he burned carpets, melted plastic and sparked a mass evacuation. Frank Clewer, of the western Victorian city of Warrnambool, was wearing a synthetic nylon jacket and a woollen shirt when he went for a job interview. As he walked into the building, the carpet ignited from the 40,000 volts of static electricity that had built up. "It sounded almost like a firecracker or something like that," he said. "Within about five minutes, the carpet started to erupt," he told Australian radio. Considerable current

10 Must-See Animated Short Films Movies and TV No matter how old you are, I’m sure you’d love good animations and cartoons. I still remember spending my whole afternoons watching Cartoon Network when I was still a kid. But even more so than what’s available on your local cable channel, a lot of good animations are also available on Youtube! The short films are a special mention, as many of them come with a good story. The list below has 10 popular short film animations (in no particular order) you must see on Youtube. This Gift Box Only Unlocks When You’re In Exactly The Right Place We didn’t plan it, but it seems that this week is “Mystery Gift Box” week on TechCrunch. First we had the Timeless Box, a tightly secured titanium box that can only be opened after a certain amount of time. Now, we have its spiritual brother: the GPS AdventureBox, a box that locks itself down until the recipient makes it to a specific place.

15 Signs You Have the Perfect Roommates - The Odyssey Online When you begin college, roommates are just apart of the grand scheme of things. Very rarely do you make it all the way through your college career without rooming with someone. The key to making this bearable is finding roommates that mesh well with you. This task can be more daunting than you'd hope. Sometimes it takes a few tries before you really can find the best roommates for you. The Average Female Faces Around the World To determine the average female face from each country, scientists from Face Research have blended hundreds of photographs of women faces… FaceResearch This Student Designs Jewelry That Turns Your Veins Into A Power Source (Video) We’ve all been there: running out of power on your cell-phone with no prospect of a charger in the near future. It’s one of the most frightening possible scenarios for a lot of people these days. Naomi Kizhner, an Israeli graduate student, may have solved that problem. Naomi designs jewelry that harnesses your body’s energy to generate electrical power. Some of her devices are a little bit creepy- they are embedded into the wearer’s veins, and then use the wearer’s movements and blood flow to turn a small wheel inside the device, generating electricity. One of Naomi’s devices (Courtesy of Naomi Kizhner)

This Restaurant Facade Tricks The Eye With Tape Based in Madrid and Barcelona, this team of interior designers and art directors banded together to form (fos), a multidisciplinary agency that tackles all kinds of projects, including this ephemeral installation they call (fos). Named after their own agency, (fos) means “melted” in Catalan and “light” in Greek, which happens to perfectly describe the new façade of this restaurant in Madrid. By using the color yellow to trick the eye, the restaurant’s façade now gives off a visual illusion of a projected beam of light from the light fixture hanging above. Glorious Highlights from the 2014 World Beard and Moustache Championships Oct 28, 2014 This past weekend, the 2014 Just for Men World Beard and Moustache Championships® took place inside the spectacular, 3,000-seat Keller Auditorium in downtown Portland, Oregon. Approximately 300 contestants competed in 18 different categories with the Grand Prize winner receiving an all-expenses paid trip to the 2015 world championships in Leogang, Austria. After a fierce day of competition the judges declared Madison Rowley the champion.

Spectacular Wood Sculptures: City Series by McNabb & Co I don’t know about you but I still get excited when I view a city from an airplane or a tall building. There’s something about that perspective that is so fascinating to me and when I saw The City Series from McNabb & Co., I got the same feeling. City Wheel (above images) – Inspired by wooden wagon wheels, this piece references the journey people make from the country to the city in pursuit of fortune.

5 Favorite Minnesota Foods Taste Tested By Californians We asked these Californians who'd just finished their morning gluten-free-quinoa-avocado-paleo-yoga smoothies to give five famous Minnesota foods a try. We knew there would be mixed reviews, but we didn't expect them to be quite so extreme—or half as hilarious. Who is Movoto Real Estate, you might ask? Movoto is an online real estate brokerage based in San Mateo, CA. Our blog has been recognized for its unique approach to city-based research by major news organizations around the world such as Forbes and CBS News. Do You Love Minnesota? Mr. Incredibeard Is Back With New Epic Beards Remember when we wrote about Mr. Incredibeard and the epic beard sculptures he made on his face? Well, he’s back with more over-the-top beard-dos. Mr. Incredibeard, who is also known by some as Isaiah Webb, has been perfecting his beard-crafting skills since 2012, so he’s at the top of his hair-styling game right now. His beard sculptures are some of the most advanced we’ve ever seen.