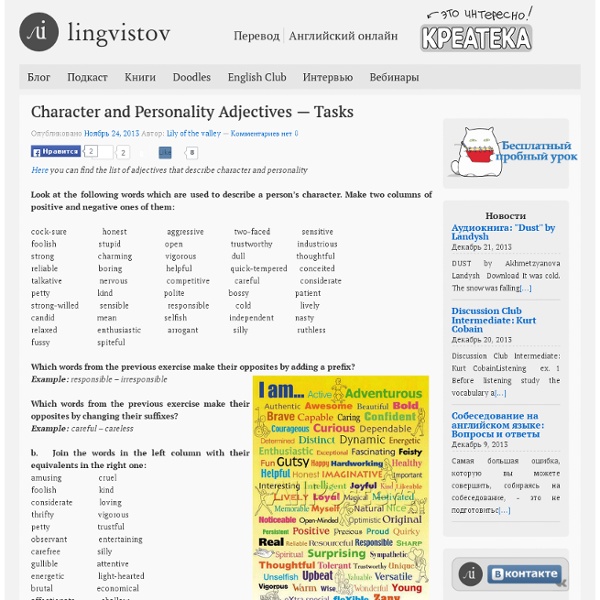 Linking Words — A complete List of English Connecting Words Linking & Connecting Words It is essential to understand how Linking Words, as a part of speech, can be used to combine ideas in writing - and thus ensure that ideas within sentences and paragraphs are elegantly connected - for the benefit of the reader. This will help to improve your writing (e.g. essay, comment, summary (scientific) review, (research) paper, letter, abstract, report, thesis, etc.). It is also fundamental to be aware of the sometimes subtle meaning of these "small" words within the English language. "Linking Words" is used as a term to denote a class of English words which are employed to link or connect parts of speech or even whole sentences. Conjunctions and Transition Words Connecting Words Relations Between Words A concept is an idea - and what is an idea? So, a concept can be expressed as something between a single word, and an elaborate and in extenso described philosophy. Complete List of Linking & Connecting Words Download

How Much Is It: A Shopping Lesson Plan by Chris Gunn Time: Up to 4 hours depending on how much the teacher wishes to use. Materials: To give to the students. Introductory Vocabulary Exercises. Information Gap Conversation and Class Survey Comparative Grammar Practice and Shopping Role-play 5 Pages of Vocabulary and Expressions Worksheets Materials: For the teacher. Product Information Sheets Part 1: Introduction to the Unit Vocabulary If time permits, write the unit vocabulary expressions on the board before the class begins. Look at the groupings of words and ask students to come up with a heading for each group. Next, go over the part of the bill talking about discounts, tax, and tips. Finally, go over cheap, expensive, and reasonable. Part 2: Information Gap This part is pretty much self-explanatory. Note: the 'Conversation Strategy' for this unit is confirming. Part 3: Class Survey and Social Strategy In this section, students can practice complimenting each other. Complimenting properly is a form of pragmatic competence.

Learn English by Watching Films Archives - Lingvistov Marley and me (2008) Marley & Me is a 2008 American comedy-drama about the titular dog, Marley. It was directed by David Frankel and the screenplay by Scott Frank and Don Roos is based on the memoir of the same name by John Grogan. After their wedding, newspaper writers John and Jennifer Grogan move to Florida. In an attempt to stall Jennifer’s «biological clock», John gives her a puppy. While the puppy Marley grows into a 100 pound dog, he loses none of his puppy energy or rambunctiousness. The Notebook (2004) The Notebook is a 2004 American romantic drama film directed by Nick Cassavetes and based on the novel of the same name by Nicholas Sparks. Данный материал разработан командой Lingvistov.ru. Ree’s father is on the run from the law, which is why she has to keep safe and alive the whole family of her sick mother, little brother and sister. Earth sends its best to the distant moon of Jupiter, Europa, to find evidence of life. Данный материал разработан командой Lingvistov.ru.

Empower Playground Inc. Proves That Generating Electricity Is 'Child's Play' - No, Really The fact that kids seem to have an inordinate amount of energy is indisputable. What if this energy could somehow be harnessed and turned into electricity? That was a question that Ben Markham, a retired Vice President of Engineering at ExxonMobil asked himself a few years ago. The result? It all began in 2004 when Ben retired from his corporate job and decided it was time to give back to the world. Given the country's location just north of the equator the days and nights in Ghana are divided almost equally throughout the year - which means 12 hours of nights so dark, that the country ranks as Class 1 on the Bortle scale. The retired engineer's mind immediately started to think about how he could capture the kinetic energy that the kids spent running around and turn it into electricity. The first piece of equipment they devised was one that can be used by multiple kids at that same time - A Merry-Go-Round. Resources: fastcodesign.com,empowerplaygrounds.org Critical Thinking Challenge:

Seven Songs for Teaching Past Simple | English Lane I have created a list of songs, which are perfect for teaching Past Simple tense in English. All of the songs are relatively new and popular, so they would especially be suitable for teaching teenagers. While the primary goal would be teaching Past Simple, you can always add a few more exercises in order to work on vocabulary or grammar. Coldplay – Paradise Past Simple is often used for retelling the events that happened in the past. Passenger – The Wrong Direction Seeing “When I was a kid…” at the beginning of the song lyrics, you know there has to be some Past Simple in there. Katy Perry – The One That Got Away Apart from teaching Past Simple, with verbs met, got, planned, had, made, said, etc. you can also teach would for talking about future from a time in the past (I would make you stay, I would be your girl). Gotye – Somebody That I Used To Know Your students will definitely know this song, having in mind how popular it was for a while. Like this: Like Loading...

Appendix:Collocations of do, have, make, and take This appendix lists collocations of the verbs make, do, take, and have. In many of these usages the verbs are "light verbs" that lend relatively little semantic content. Other light verbs include: give, pay, put, raise, offer. For people who are learning English, or even who speak it moderately well, these four verbs present difficulties when it comes to many collocations. For example, what about the shopping? This is not a definitive list. Readers of this appendix are strongly recommended to read the main entry for the noun or expression to check for correct usage and meaning. Contributors are encouraged to place Usage notes into this appendix similarly, and also into the collocate's main entry, such as: We normally do the shopping.We normally make or take a (tele)phone call. ...and so on, along with the Appendix: link to this page. Collocations[edit] A[edit] B[edit] C[edit] D[edit] E[edit] F[edit] G[edit] H[edit] I[edit] L[edit] M[edit] N[edit] O[edit] P[edit] R[edit] S[edit] T[edit] W[edit] make[edit]