See How It Flies 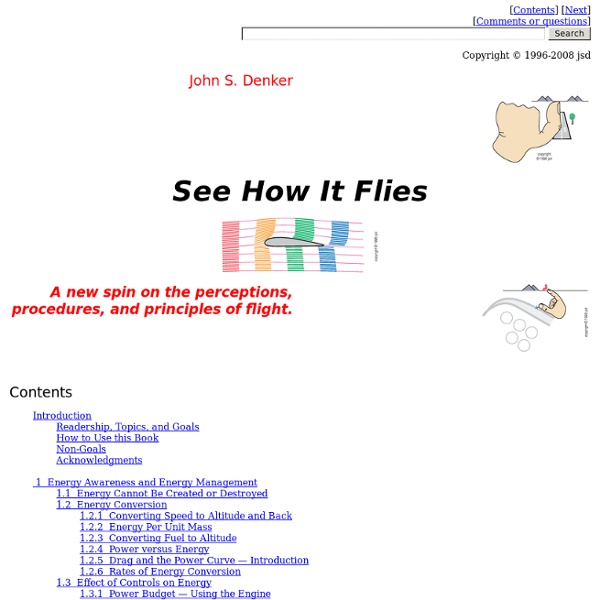 On the Electrodynamics of Moving Bodies By A. Einstein June 30, 1905 It is known that Maxwell's electrodynamics—as usually understood at the present time—when applied to moving bodies, leads to asymmetries which do not appear to be inherent in the phenomena. Take, for example, the reciprocal electrodynamic action of a magnet and a conductor. Examples of this sort, together with the unsuccessful attempts to discover any motion of the earth relatively to the “light medium,” suggest that the phenomena of electrodynamics as well as of mechanics possess no properties corresponding to the idea of absolute rest. The theory to be developed is based—like all electrodynamics—on the kinematics of the rigid body, since the assertions of any such theory have to do with the relationships between rigid bodies (systems of co-ordinates), clocks, and electromagnetic processes. § 1. If we wish to describe the motion of a material point, we give the values of its co-ordinates as functions of the time. from A towards B, let it at the “B time” (a)

First Quantum Effects Seen in Visible Object Science has proved contradiction. Unless, of course, we know that contradiction is impossible, and that the law of non-contradiction was used in the process of "proving" contradiction, making it a self-defeating argument. Now, any rational person will know that nothing can be and not be at the same time, so this whole thing is absurd on its face, unless you take it to mean both are happening in some kind of figurative, unreal sense, in which case the article is luridly, and I suspect purposefully, misleading. Take away the breaking of the law of non-contradiction. These things are unknowable until they actually occur, yet follow laws of probability? Just thought I would be polemical and challenge the smug consensus here.

62 Miles Beneath the Sea! Deepest Ocean in the Solar System Discovered on Jupiter's Europa The deepest ocean on Earth is the Pacific Ocean's Marianas Trench, which reaches a depth of 6.8 miles awesomely trumped by the depth of the ocean on the Jupiter's moon, Europa, which some measurements put at 62 miles. That's deep! Although Europa is covered in a thick crust of scarred and cross-hatched ice, measurements made by NASA's Galileo spacecraft and other probes strongly suggest that a liquid ocean lies beneath that surface. The interior is warmed, researchers believe, by the tidal stresses exerted on Europa by Jupiter and several other large moons, as well as by radioactivity. Most scientists believe that the subEuropan seas are locked under tens of kilometers of ice. But Jupiter's Europa might not only sustain, but foster life, according to the research of University of Arizona's Richard Greenberg, a professor of planetary sciences and member of the Imaging Team for NASA's Galileo Jupiter-orbiter spacecraft. Image: NASA / JPL / University of Arizona

10 Strange Things About The Universe - Top 10 Lists | Listverse Space The universe can be a very strange place. While groundbreaking ideas such as quantum theory, relativity and even the Earth going around the Sun might be commonly accepted now, science still continues to show that the universe contains things you might find it difficult to believe, and even more difficult to get your head around. Theoretically, the lowest temperature that can be achieved is absolute zero, exactly ?273.15°C, where the motion of all particles stops completely. However, you can never actually cool something to this temperature because, in quantum mechanics, every particle has a minimum energy, called “zero-point energy,” which you cannot get below. One of the properties of a negative-energy vacuum is that light actually travels faster in it than it does in a normal vacuum, something that may one day allow people to travel faster than the speed of light in a kind of negative-energy vacuum bubble. Relativity of Simultaneity Antimatter Retrocausality

Sean Carroll: Lecture Notes on General Relativity These lecture notes are a lightly edited version of the ones I handed out while teaching Physics 8.962, the graduate course in General Relativity at MIT, during Spring 1996. Each of the chapters is available here as pdf. Constructive comments and general flattery may be sent to me via the address below. The notes as a whole are available as gr-qc/9712019, and in html from "Level 5" at Caltech. Dates refer to the last nontrivial modification of the corresponding file (fixing typos doesn't count). In a hurry? While you are here check out the Spacetime and Geometry bibliography page -- an annotated bibilography of technical and popular books, many available for purchase online. 1. Related sets of notes or tutorialsLinks to GR resourcesRelativity Bookmarks, Syracuse University Relativity and Black Hole Links, Andrew Hamilton, University of Colorado Hyperspace, University of British Columbia Living Reviews in Relativitygr-qc archive

Science News: Nanoguitar Photo by D. Carr and H. Craighead, Cornell. The world's smallest guitar is 10 micrometers long -- about the size of a single cell -- with six strings each about 50 nanometers, or 100 atoms, wide. Made by Cornell University researchers from crystalline silicon, it demonstrates a new technology for a new generation of electromechanical devices. The world's smallest guitar -- carved out of crystalline silicon and no larger than a single cell -- has been made at Cornell University to demonstrate a new technology that could have a variety of uses in fiber optics, displays, sensors and electronics. The "nanoguitar" -- made for fun to illustrate the technology -- is just one of several structures that Cornell researchers believe are the world's smallest silicon mechanical devices. "We have a new technology for building the smallest mechanical devices," said Harold G. The guitar has six strings, each string about 50 nanometers wide, the width of about 100 atoms. Photo by D. Photo by D.

Newton Papers Cambridge University Library holds the largest and most important collection of the scientific works of Isaac Newton (1642-1727). Newton was closely associated with Cambridge. He came to the University as a student in 1661, graduating in 1665, and from 1669 to 1701 he held the Lucasian Chair of Mathematics. Under the regulations for this Chair, Newton was required to deposit copies of his lectures in the University Library. These, and some correspondence relating to the University, were assigned the classmarks Dd.4.18, Dd.9.46, Dd.9.67, Dd.9.68, and Mm.6.50. In 1699 Newton was appointed Master of the Mint, and in 1703 he was elected President of the Royal Society, a post he occupied until his death. After his death, the manuscripts in Newton's possession passed to his niece Catherine and her husband John Conduitt. In 1872 the fifth earl passed all the Newton manuscripts he had to the University of Cambridge, where they were assessed and a detailed catalogue made. See also

Physics of Wet Dogs Shake Out in High-Speed Videos | Wired Science By Duncan Geere, Wired UK The last time a wet dog looked Andrew Dickerson in the eye, readying a shake, he didn’t flee in terror like most people would. Instead, like any true physicist, he whipped out a slow-motion video camera to see if he could capture the exact frequency at which its body was oscillating. Dickerson, along with some colleagues from the Georgia Institute of Technology, has written “The Wet-Dog Shake,” published in Fluid Dynamics. They attempt to calculate the optimum speed at which dogs should shake to most efficiently dry their fur. The team built a mathematical model of the processes involved, reasoning that surface tension between the water and the dog’s hair is what keeps the dog wet. As centripetal force varies with distance from the centre of the creature, its radius is therefore crucial to work out the speed of the oscillations. To test that hypothesis, the team filmed a wide range of dogs shaking, and used the images to calculate the period of oscillation.

The Elegant Universe | Watch the Program (full-screen) The Elegant Universe: Part 3 PBS Airdate: November 4, 2003 NARRATOR: Now, on NOVA, take a thrill ride into a world stranger than science fiction, where you play the game by breaking some rules, where a new view of the universe pushes you beyond the limits of your wildest imagination. This is the world of "string theory," a way of describing every force and all matter from an atom to earth, to the end of the galaxies—from the birth of time to its final tick, in a single theory, a "Theory of Everything." Our guide to this brave new world is Brian Greene, the bestselling author and physicist. BRIAN GREENE (Columbia University): And no matter how many times I come here, I never seem to get used to it. NARRATOR: Can he help us solve the greatest puzzle of modern physics—that our understanding of the universe is based on two sets of laws that don't agree? NARRATOR: Resolving that contradiction eluded even Einstein, who made it his final quest. S. BRIAN GREENE:The atmosphere was electric. S. S.

Kidipede - History and Science for Kids - Homework Help for Middle School Science Tricks - Surfing Scientist - The Lab Tricks Blow underwater bubble rings Everybody loves bubbles and we're all mystified by the swirls of a vortex. Banana 'candle' trick This classic prank will appeal to anyone with a penchant for plantains but don't be fooled! Explore more Tricks Dry footprints on wet sand Why do your footprints look dry when you step on wet sand? Salt experiment How and why does water mix in our oceans? Cloud in a bottle Pump a soft drink bottle full of air, pop the top and bam! Doppler effect Swing a ringing phone inside a long sturdy sock and you will hear the strangely familiar Doppler effect. Swipe card experiment Sprinkle some iron filings on an old swipe card and pretty magnetic patterns appear right before your eyes. Unmixing experiment Can you unmix a mixed-up liquid? Coin experiment Master this impossible looking trick and you'll feel like a ninja Jedi master of the ever-expanding universe... or your money back! Fountain experiment Ice experiment Everyone knows ice floats on water but is this normal behaviour?