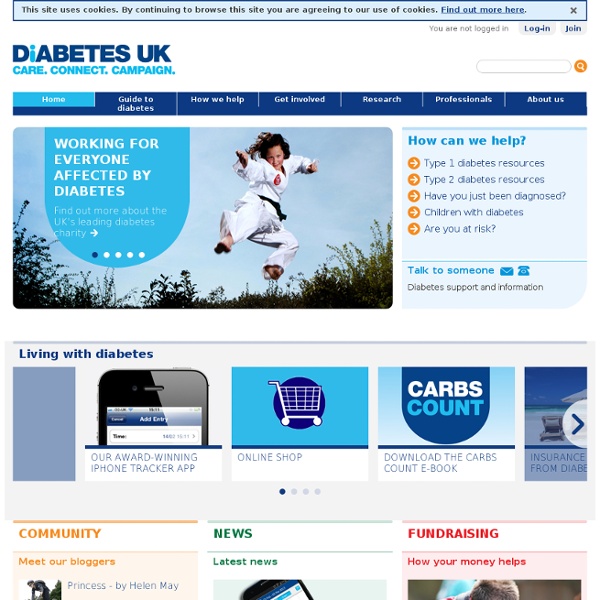 WellChild DG SANCO 11/04/12 public health - Major and chronic diseases - Page on diabetes updated - New data on policy frameworks and econ Introduction Diabetes mellitus is a chronic disease, characterised by hyperglycaemia, resulting from defects in insulin secretion, insulin action or both. Diabetes mellitus is diagnosed, according to the WHO, by the classic symptoms of polyuria, polydipsia and unexplained weight loss, and/or a hyperglycaemia H 11.1 mmol/l (200 mg/dl) in a random sample or fasting (no caloric intake for 8 hrs), plasma glucose 7.0 mmol/l (126 mg/dl) and/or postprandial value 11.1 mmol/l (200 mg/dl) (2 hrs plasma glucose level during an oral glucose tolerance test). This test should be performed as described by the WHO, using a glucose load containing the equivalent of 75 h anhydrous glucose dissolved in water). In the absence of unequivocal hyperglycaemia with acute metabolic decompensation, these criteria should be confirmed by repeat testing on a different day (EUDIP Definition). Responding to the need for EU comparable indicators for diabetes monitoring Worldwide estimates European estimates

Evidence Centre — BMJ Group Building evidence into practice Time is the greatest challenge to delivering evidence-based health care; the task of keeping up with emerging guidelines and research can be overwhelming. The BMJ Evidence Centre supports healthcare practitioners and institutions by providing trustworthy information, in formats that recognise the demands and limitations of everyday clinical life. Information that fits Our resources create and package knowledge to fit real clinical workflows. Click to find out more about Best Practice Flexible delivery of authoritative information We have the experience and flexibility to help you to communicate evidence-based information to your target audience. Click to find out more about our EBM consultancy services A range of tools and services to help you harness the power of evidence The BMJ Evidence Centre’s clinical information specialists find, filter, appraise and summarise the best available research evidence. Click to find out more about our process Find out more

Pre‐school Learning Alliance DG SANCO 25/06/13 public health - Major and chronic diseases - Call for tender on prevention strategies for type 2 diabetes - Qu Call for tender No SANCO/2013/C1/004 concerning a pilot project for developing and implementing successful prevention strategies for type 2 diabetes Following the rules set up by the European Commission I would like to inform you that we received the following questions and provided the answers attached: 1. We are expected to assess the outcome of the intervention at 21 months after the start of the contract (not a specific period after the identification of the intervention group!). If this is done so late in the contract, how we are expected to submit a final report within less than two months (M23)? Is there a minimum time interval from time of intervention to the time of assessment? Please have a look at the specifications 3.Subject of contract timetable. Timetable The duration of the execution of the tasks shall not exceed 24 months. 2. Blood tests are invasive. 3. The screening programme should aim to identify children at risk of diabetes or having diabetes type II. 4. 5. 6. 7. 8. 9.

Action for Sick Children     PARLEMENT EUROPEEN - Réponse à question E-005615-15 Diabetes in Europe Europe may soon run the risk of losing its battle against diabetes, which is the fourth most common cause of death in the region. 56 million Europeans have diabetes and by 2035 this number is expected to grow to nearly 70 million, i.e. more than one in ten adults will be affected. This estimated increase underlines policy shortcomings in combating the disease. The prevalence of diabetes is increasing among all ages in Europe, mostly as a result of increases in obesity, unhealthy diets and physical inactivity. Compounded by Europe’s ageing population, diabetes may lead to spiralling healthcare costs and place a severe strain on national health systems. 1. 2. 3.

RoSPA - Health & Safety Training PARLEMENT EUROPEEN - Réponse à question E-003780-16 Diabetes research The incidence of diabetes is escalating rapidly in the EU. In the adult population (20-79 years), the incidence has increased from 4.9% in 2000 to 9.1% in 2015, meaning that 60 million European citizens today suffer from the disease. In some countries, such as Spain, the situation is even worse: approximately 13.8% of the Spanish adult population suffer from diabetes. The socioeconomic consequences of this trend are severe. Science aims to reverse this trend by stimulating the development of new diagnosis and treatment methods. To facilitate these processes, the EU should play a more prominent role in funding and coordinating diabetes research efforts. What measures does the Commission foresee to advance diabetes research? Is the Commission planning to focus more on basic research in the next Horizon 2020 work programmes? Is the Commission in favour of a Joint Programme Initiative on diabetes?

kidscape PARLEMENT EUROPEEN - Réponse à question E-008624-16 European strategy against diabetes More than 300 000 deaths a year in Europe are caused by diabetes, making it the fourth biggest killer in most developed countries. It affects 32 million Europeans and many others are thought to have impaired glucose tolerance, which is considered a pre-diabetic state. The number of cases is on the rise, having increased from 4.9% of the adult population in 2000 to 9.1% in 2015, and it is estimated that by 2030 it will have reached 16.6%. World Diabetes Day 2016 (14 November) focused on patients’ eyesight and on the need for early diagnosis. Parliament has, on several occasions, called for a European strategy against diabetes to improve prevention, early diagnosis and research.

BMC Public Health 14/01/20 Major amputations in type 2 diabetes between 2001 and 2015 in Spain: regional differences The study of 40,392 hospital admissions for nontraumatic major amputations occurred in patients with T2DM in Spain during the period 2001–2015 showed a high variability among AACC, both in incidence and length of hospital stay and mortality. The trend of the incidence has been moderately decreasing in the whole of the country, but more accentuated in the Community of Madrid; however, the exception was the Canarian Community, that has worsened until doubling its incidence in respect to the initial years of the data reviewing period. Although T2DM mortality has declined in these islands significantly in the last five years, [9] the severity of this disease in the Canary Islands is known; its current population suffers the highest incidence and prevalence [10, 11] in Spain, as well as high mortality rates due to this disease [12]. Looking at the population size, the most similar Region to the Canaries is the Basque Country, whose MA prevalence in T2DM had been previously studied [14].