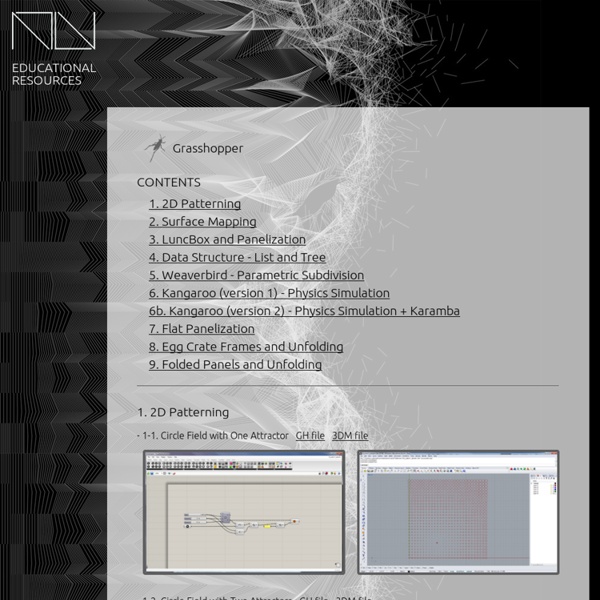 Islamic Architecture by Dxx : Basic definitions : Muqarnas Muqarnas : the Muqarnas is basically a three-dimensional decoration of Islamic architecture.It was initially built to be structural in purpose made out of stone, but later on it became of a more crafted decoration and made of plaster, these clusters niches were used to decorate the area between the wall and the dome in Islamic architecture. it can also be defined as : Honeycomb or stalactite vaulting.Professor Shiro Takahashi has thoroughly documented the architectural records of the Muqarans with hundereds of details of its geometric plan views, in his documentation he has calssified them into three categories in attempt to clarify the formative styles of Muqarnas. The three basic classifications are :1) Square Style: 2) Pole table Style: 3) Other styles : I would highly recommend going to his website for a complete database of detailed plans for all the types of muqarnas in Islamic architecture thoroughly researched and analyzed. Dana Krystle

Mesh to NURBS Takes a mesh and converts it to either a BRep, a set of faces, or a set of points. Essentially the same as the MeshtoNURB in Rhino. Files for Grasshopper 0.7 - 0.8.x: Mesh_to_BRep.ghx Parameters: Mesh: The mesh to convert. Outputs: Brep: The mesh as a faceted Brep. Notes: The definition has two steps. Originally by Andrew Heumann uploaded here. Component History: Viewed 6612 times Created by: Andrew Heumann, 25-Jan-2011 04:19 am Last edited by: @nzarchitecture, 10-Aug-2011 01:38 am View page history Edit this page n-fold geometry Grasshopper | Arquitectura de voltereta Portfolio Grasshopper Issuu Like this: Like Loading... Grasshopper 101 - Introduction to Parametric Modelling| ThinkParametric Rodrigo Medina This course is aimed to teach the basic principles of parametric design using the Grasshopper plugin for Rhino. You will learn the key features of a parametric design approach and how it benefits its application on your design tasks. On this course, we will also include basic concepts of computer science (programming), and the importance of these to start developing your algorithms. This course is especially aimed at people who have no prior experience with parametric design or Grasshopper. Take Aways: Basic Understanding of computer science concepts.Understanding Parametric Design main characteristicsHow the Grasshopper Interface worksHow information is organized and managed in GrasshopperHow to create parametric models Meet other students

GFD3D Surfaces de Scherk Un article de Wikipédia, l'encyclopédie libre. Les deux surfaces de Scherk ont été découvertes en 1834. Il s'agissait des premières nouvelles surfaces minimales sans intersection découvertes depuis l'hélicoïde. Une période de la première surface de Scherk. La première surface de Scherk est doublement périodique, définie par l'équation implicite : La seconde surface de Scherk peut être écrite sous forme paramétrique : pour et Portail de la géométrie Grasshopper Through the inviting but challenging spirals I want to bring you to the inside of the dust storms, to the dead zone where you don’t feel anything, not even a single hint of air or dust but you will still enjoy the beauty and the magic. What is an spiral? A curve on a plane that winds around a fixed center point at a continuously increasing or decreasing distance from the point. A three-dimensional curve that turns around an axis at a constant or continuously varying distance while moving parallel to the axis; a helix. Analysis of the construction of the spiral What does the spiral mean to us? Spirals are some of the oldest geometric shapes in ancient artwork dating back at least to the Neolithic period, the product of people thousands of years away from having access to writing. Spiral to me means CHANGE, means CYCLE OF LIFE, means EVOLUTION all these is what The eye of the Storm is to me. Making the storm real Design process through parametric modelling Testing of different materials

Kangaroo Frequently occuring in nature, minimal surfaces are defined as surfaces with zero mean curvature. These surfaces originally arose as surfaces that minimized total surface area subject to some constraint. Physical models of area-minimizing minimal surfaces can be made by dipping a wire frame into a soap solution, forming a soap film, which is a minimal surface whose boundary is the wire frame. The thin membrane that spans the wire boundary is a minimal surface of all possible surfaces that span the boundary, it is the one with minimal energy. One way to think of this “minimal energy” is that to imagine the surface as an elastic rubber membrane: the minimal shape is the one that in which the rubber membrane is the most relaxed. A minimal surface parametrized as x=(u,v,h(u,v)) therefore satisfies Lagrange`s equation (1+h(v)^2)*h(uu)-2*h(u)*h(v)*h(uv)+(1+h(u)^2)*h(vv)=0 (Gray 1997, p.399) This year`s research focuses on triply periodic minimal surfaces (TPMS). Schwartz_P surface Neovius surface

Grasshopper Points from Curve Introduction World space and parametric space Points can be defined in 3D world coordinates by placing them in a viewport or numerically define the 3 coordinates. The points can however also be defined in parametric space, a location on an object. One dimensional space of a curve Locations on a curve are defined by 1 dimensional space coordinates U. Reparameterisation Reparameterisation In some cases it can be that the parameterisation of the curve is giving an indication of the length of the curve. Extracting a point or points Points curve (click on image to enlarge) There are several methods of extracting points from objects. The Control Vertices Points on the Curve The choice on which tool to use to extract a point from a curve doesn't only depend on if the curve is reparameterized but also on the additional information the component can output. Selecting multiple points on a curve by division Point division on curve (click on image to enlarge) Examples Example 1 (click on image to enlarge)

Recursively Generated Tree | CAD – Scripting Project files: rekTree.3dm, rekTree.gh tree example #1 tree example #2 tree example #3 Introduction In this project, I combine the power of Grasshopper and C# programming language, to create models of trees generated from some basic parameters given as inputs. Trees in nature are very complicated and their branches adapt to various influences such as their surrounding environment casting shadows, illnesses, animals, human-induced trimming, winds and varying seasons. This script allows for several parameters to be set, thus allowing to make very mathematical and precise trees with no space for randomness, but on the other hand enables the user to generate very unrealistic and overly random mixtures of branches, that could not exist in real world. Grasshopper Scheme Explained The blue bubble is marked as Inputs and that is what it is for. The two object inputs from Rhinoceros are just two points (stem start, stem end), which create the line of the first stem. Angle of 15 º Angle of 30 º

Fractals and branching structures | CAD – Scripting The goal of this tutorial is to display phases of creating some of the basic fractals and branching structures in 2D and 3D. We will use Hoopsnake, a component that enables feedback loops and Rabbit, a component for L-systems and Cellular Automata. There are more ways, how to describe fractals. Each fractal is determined by an axiom and production rules. These are applied to the axiom. The output, a result of the process subsequently becomes the input and the same rules are aplied again. One of the most primitive fractals is Cantor set. The next fractal fragment, which we display is Sierpinski triangel. You can see the first 8 iterations in the gif above. Simirarly, we can describe Koch snowflake with Hoopsnake use. Another way (suitable for computer use) how to create fractal phases is L-system. We use following symbols: Let’ s rewrite the Koch snowflake to the L-system grammar. We can display another well-known fractals, such as Hilbert curve, Peano curve or Dragon curve.

Workshop 17 Notes Within Grasshopper, go to the "Params" tab and within the "Geometry" area, select and drag two point icons into the work area. Right-click on each of the two points and use the "set on point" option to connect them to the points created on the x, y plane. Next, similarly to "Hello World" example above, go the "Math" tab and within the "Script" area drag a "Python" component into the Grasshopper View window. Connect the the points to the " x" and "y" input ports of the Python script component. Zoom up to "x" variable, right-click on it and in the top line of the dialog box that follows, change the name to " point1". Double-click on "Python" of the Python scripting component, go to the script editor, and add the following expressions: Add the following lines to load relevant software libraries import rhinoscriptsyntax as rs import Rhino as rc import math Add the following comment lines at the beginning of the script: Add the following statements after the comment lines: 3. Notes: 3.1. 3.2. 3.3.

HowToMakeAlmostAnything2010-Hiro Tanaka 2-1: my former (past) works While my final project is for making "Natural" Plants move and walk, I am also interested in "Artificial" Plants-like Object. (I don't know why but in general Architects are interested in plants. In my opinion, there are some commonalities between architecture(buildings) and plants...) LAST YEAR, I made "L-system-based Fractral Tree" in FabLabJapan(Beta). This project was exhibited at SFC ORF 2009 and ICC (NTT Intercommunication Center) in 2010. 2-2: Design Code, Design Tools For this project, my students and I implemented two design softwares- The one is called "Modular Designer" and the other is "(L-system) Assembly Simulator" "Modular Designer" (by using Processing) Java Applet called "modudesign" - sliders, creating PDF file "(L-system) Assembly Simulator" (by using Grasshopper) Grasshopper XML ORSF_grasshopper (this script was folked from Milana Dabic's "3D-Lsystems" ( 2-3: Construction Kit Part I