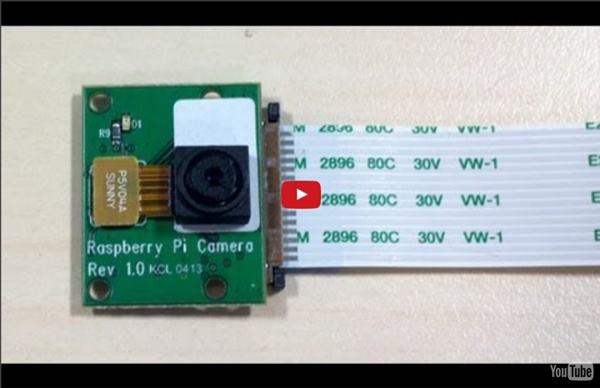 LittleBits' New Kit Lets You Create Your Own Smart-Home Gizmos LittleBits has steadily expanded its Lego-like modular electronics platform this year, introducing new pieces that let users connect their creations to the internet and link them up to other hardware platforms like Arduino. Now, with its latest kit, LittleBits is bringing its DIY ethos to the smart home. The company’s Smart Home Kit is meant to let people build their own version of the internet of things.

Gestion du port GPIO du Raspberry Pi avec Python Thereafter, we will leave on the assumption that we are developing on the latest model i.e. a Raspberry Pi B2. There are many libraries dedicated to Raspberry Pi. They are stored mostly on Pypi. We will study here is the historical library: RPi.GPIO. To install it, so just a simple install PIP: Controlling AC light using Arduino with relay module Hello friends! I'm Ostin,I ll demonstrate how to control a AC light with Arduino using relay module.It is a simple project and also very dangerous as we are going to deal with high voltage 220v . Do not attempt if you are a amateur in dealing with high voltage. I'll answer few basic questions, which hits when you are novice!

Home automation with Arduino and Android DomoticHome is a simple and lowcost way to bring some smartness in your home with 50$ :). This project is still in beta test. For more details Arduino Forum What do you need to work out DomoticHome? An Arduino with Ethernet shield, an Android device and some electronic skills. More devices will be added soon if you have any reqeust drop down 2 lines at us or compile the form here. What can we do with this web app:

Simple Guide to the RPi GPIO Header and Pins This page aims to give a general introduction to the General Purpose Input Output pins on the Raspberry Pi (Model B). The GPIO pins are available on the PCB via a header and allow you to interface the Pi to the real world. I was mainly interested in the standard GPIO pins for reading switches and controlling LEDs and Motors. I found a great deal of confusion surrounding the numbering and naming of these pins so decided to create my own diagram. The idea was to create a page that I could print out and stick in my box of wires and cables. Camera Module The Raspberry Pi camera module v2 replaced the original camera module in April 2016. The v2 camera has a Sony IMX219 8-megapixel sensor (compared to the 5-megapixel OmniVision OV5647 sensor of the original camera). The camera module can be used to take high-definition video, as well as stills photographs. It’s easy to use for beginners, but has plenty to offer advanced users if you’re looking to expand your knowledge. There are lots of examples online of people using it for time-lapse, slow-motion and other video cleverness.

DMXShield DMX-shields The DMX-shield is an add-on (or "shield") for the Arduino. It is an easy way to use the Arduino as a DMX-Master device (transmitter), just by adding the DMX-shield on the top of the Arduino. This shield is a simple circuit based around a driver chip (MAX-485 or SN 75176). The Driver Block Outputs the 3 Pins are needed for sending DMX (DMX-Pin1 -> Reference (GND); DMX-Pin2 -> Signal inversion (cold); DMX-Pin3 -> Signal (hot)). Midi Learning Examples | Foundations | Hacking | Links Examples > Communication MIDI Note Player This tutorial shows how to play MIDI notes from an Arduino. MIDI, the Musical Instrument Digital Interface, is a useful protocol for controlling synthesizers, sequencers, and other musical devices.

Smart slums: utopian or dystopian vision of the future? Life in a smart city is a frictionless; free of traffic congestion, optimally lit, with everything from bins to buildings constantly reporting their status and managing their interactions with residents. The smart slum is still a peripheral idea, but we can speculate on the likely impact of extending this ‘smartness’ to slums and make two competing claims. Firstly, that development professionals should be wary of smart slums repeating some of the negative impacts of ICT4D; and secondly, that a push for smart slums could be appropriated for social justice. The idea of the smart city is a vision of a networked urbanism. The promise is that environmental monitoring and feedback from embedded sensors everywhere will simultaneously deliver greener and more productive cities. The idea has been most fully materialised in brand new cities like Songdo in South Korea but is spreading to established urban centres like San Francisco, Amsterdam and Madrid.

bitLab: EMG SpikerBox by BackyardBrains BackyardBrains We started Backyard Brains because the only way to really learn about neuroscience was to go to grad school... even though 25% of the world has brain disorders with no cures. Our goal is to develop tools and experiments to teach electrophysiology from middle school on up.