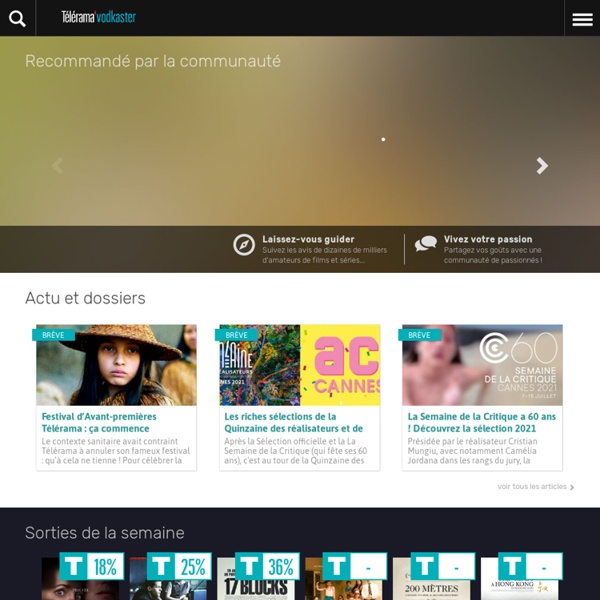 The content reader for power users who want to save time. English The content reader for power users who want to save time. Discover, share and read the best on the web. Using psychology in game design Berni Good tells Develop what studios can learn from cyberpsychology [This feature was published in the June 2013 edition of Develop magazine, which is available through your browser and on iPad.] Every time a developer contemplates what a customer might like about a game, they’re arguably tackling player psychology. It’s very different from the potential execution of true scientific psychology on the games making process, but, almost certainly, creating games is about understanding the human mind, and how to best please and reward it. So it should come as little surprise that a new wave of academic psychological study around video games is underway, offering developers a fresh tool in their arsenal.

Watch 222 Great Films in the Public Domain: Alfred Hitchcock, Fritz Lang, Buster Keaton & More Want to learn about film history? You can take a class on the subject, where you’ll likely need a copy of Kristin Thompson and David Bordwell’s standard text Film History: An Introduction, and possibly the companion book, Film Art: An Introduction. These are phenomenal resources written by two top-notch scholars who have spent their lives watching and analyzing films, and should you have the time and money to study their comprehensive introductions, by all means do so. But of course, there’s no substitute for actually watching the hundreds of films they reference, from the early days of the medium through its many re-visions and innovations in the 20th century. But why, ask Thompson and Bordwell, “should anybody care about old movies?”

17 Ways to Get More YouTube Views (Works GREAT In 2019) In this post I’m going to show you how to get more views on YouTube. In fact, these are the exact techniques that I used to grow my channel to 244.6K views per month. Let’s dive right in. 1. Use “BOGY” Thumbnails The content reader for power users who want to save time. English The content reader for power users who want to save time. Discover, share and read the best on the web. Inoreader is not just another RSS reader - it's a vibrant community of content curators. PRACTICE: Game Design in Detail impressions [Editor's note: Keith Burgun is the lead designer at Dinofarm Games, makers of 100 Rogues. He also writes for Gamasutra and teaches game design at the Katonah Art Center. Keith just attended the PRACTICE game design event at NYU, and has some interesting thoughts about it. -Chad] Despite a few minor complaints, the recent PRACTICE event at New York University was so wonderful that I almost feel guilty for writing about it. You don't often find such a high concentration of people this passionate and thoughtful.

Video Marketing: The Definitive Guide The How-to Video is just like it sounds… It’s a video that shows someone how to do something, like bake a cake or do a pushup. For many businesses, how-to videos will be your bread-and-butter. In fact, how-to videos are like a video version of blog content. They’re not designed to convert people right then and there. The content reader for power users who want to save time. English The content reader for power users who want to save time. Discover, share and read the best on the web. Features - The Designer's Notebook: How Should We Judge a Game Jam? This year I was invited to my first Global Game Jam event. It was sponsored by the Northern College of Leeuwarden (pronounced lei-warden, to rhyme with garden) in the Netherlands. I went not as a jammer, but as a judge.

9 Tips for Indie Game Developers I Learned at GDC 2013 - Tuts+ When I attended GDC 2013 I spent most of my time at the Independent Game Developers Summit where I got to hear many successful indie developers talk about how their projects succeeded and how they've stayed in business through both success and failure. In this article I'll go over the tips I found most useful, and the ones I believe will help you be the best developer you can be. Whenever possible, reuse existing elements, rather than creating new ones.Andy Hull