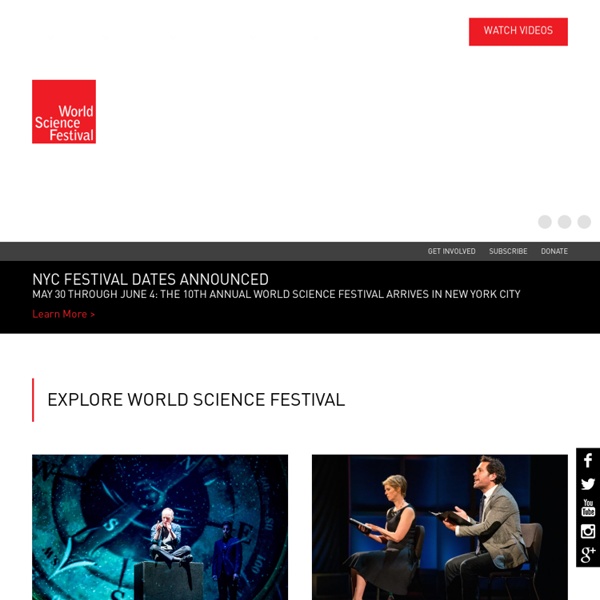 Internet World Stats - Usage and Population Statistics Types of Radioactive Decay and Their Effect on the Nucleus Video - Lesson and Example Introduction What images come to mind when you hear the words 'nuclear radiation'? Most likely these words conjure up a graphic scene of three-eyed fish and glowing green ooze. There are many misconceptions flying around out there when it comes to nuclear radiation, and the best thing you can do is educate yourself on the subject. Who knows; someday you may be voting on whether a nuclear facility is built near you. Nuclear Radiation Did you know that less than 1% of all the radiation you are exposed to comes from the nuclear industry? What exactly is radiation, and how damaging is it? Nuclear Notation As you may recall, the two particles that are found in the nucleus are the protons and neutrons. Particles in the nucleus can also be represented by this nuclear notation. Alpha Decay Now let's move on to the most common types of nuclear decay. Alpha particles are relatively heavy and quite slow-moving. Beta Decay Next up is beta decay or beta-minus decay. Gamma Decay Lesson Summary

Internet Traffic is now 51% Non-Human So you thought the Internet was made by and for people? Think again. A study by Incapsula, a provider of cloud-based security for web sites (mind you where this data comes from), concludes that 51% of all Internet traffic is generated by non-human sources such as hacking software, scrapers and automated spam mechanisms. While 20% of the 51% non-human traffic is’ good’, the 31% majority of this non-human traffic is potentially malicious. The study is based on data collected from 1,000 websites that utilize Incapsula’s services, and it determined that just 49% of Web traffic is human browsing. 20% is benign non-human search engine traffic, but 31% of all Internet traffic is tied to malicious activities. 19% is from ” ‘spies’ collecting competitive intelligence,” 5% is from automated hacking tools seeking out vulnerabilities, 5% is from scrapers and 2% is from content spammers. Presumably these numbers will only rise. Thanks Bruce.

Seeing in the Dark & SEEDMAGAZINE.COM Credit: cliff1066tm. Patient TN was, by his own account, completely blind. Two consecutive strokes had destroyed the visual cortex of his brain, and consequently, his ability to see. It is not uncommon for stroke patients to suffer brain damage, but the case of TN — referenced by his initials, the general practice in such studies — was peculiar. His first stroke had injured only one hemisphere of his visual cortex. Known as selective bilateral occipital damage, TN’s unusual injury made him the subject of much interest while recovering at a hospital in Geneva. To further test the extent of TN’s abilities, researchers from Tilburg University in the Netherlands devised a simple yet decisive experiment: an obstacle course. TN’s rare condition is known as blindsight. The researchers explained that TN’s success indicates that “humans can sustain sophisticated visuo-spacial skills in the absence of perceptual awareness.”

The Art of Science Communication: William Zinsser on How to Write Well About Science by Maria Popova How to master the inverse pyramid of transmuting information into wisdom. I have always considered writing a way of organizing reality — of organizing one’s own mind and, in recording that process, decluttering the reader’s understanding of some subtle or staggering aspect of the world. Few writers have articulated the philosophies and practicalities behind this artful organization with more clarity and conviction than William Zinsser (October 7, 1922–May 12, 2015) in his 1976 classic On Writing Well: An Informal Guide to Writing Nonfiction (public library) — a masterwork partway, in both time and tenor, between E.B. William Zissner (Photograph: Damon Winter / The New York Times) With the hindsight of three decades, Zinsser — who had written the book in the early 1970s with nothing but “a dangling lightbulb, an Underwood standard typewriter, a ream of yellow copy paper and a wire wastebasket” — reflects in the preface to the 30th anniversary edition: Donating = Loving

Ciencia Sin Fronteras Con el fin de ilustrar el recorrido que hemos tenido a los largo de estos años, lo invitamos a que revise algunos de los reconocimientos recibidos por nuestro programa o por su director Julián D. Amorín M. Q.B., Doctor Demo, y algunos eventos en los que hemos participado. Hemos realizado más de 500 presentaciones del Show Científico del Dr. Reconocimientos Future Scenarios What Will The Internet Look Like In 10 Years? The Internet Society engaged in a scenario planning exercise to reveal plausible courses of events that could impact the health of the Internet in the future. While obviously not intended to be a definitive overview of the landscape or all potential issues, we believe the results are interesting and, we hope, thought-provoking. We are sharing them in the hope that they will inspire thought about possibilities for the future development of the Internet, and involvement in helping to make that happen in the best possible way. Future Scenario Resources Besides viewing the video scenarios below, you can: Common Pool Scenario Link to transcript of video Positive “generative” and “distributed & decentralised” properties. Boutique Networks Scenario Link to transcript of video Moats and Drawbridges Scenario Link to transcript of video Porous Garden Scenario Link to transcript of video

ViaComIT How Doctors Die By Ken Murray, MD Years ago, Charlie, a highly respected orthopedist and a mentor of mine, found a lump in his stomach. He had a surgeon explore the area, and the diagnosis was pancreatic cancer. This surgeon was one of the best in the country. He had even invented a new procedure for this exact cancer that could triple a patient’s five-year-survival odds—from 5 percent to 15 percent—albeit with a poor quality of life. Charlie was uninterested. It’s not a frequent topic of discussion, but doctors die, too. Of course, doctors don’t want to die; they want to live. To administer medical care that makes people suffer is anguishing. How has it come to this—that doctors administer so much care that they wouldn’t want for themselves? To see how patients play a role, imagine a scenario in which someone has lost consciousness and been admitted to an emergency room. The above scenario is a common one. But of course it’s not just patients making these things happen.