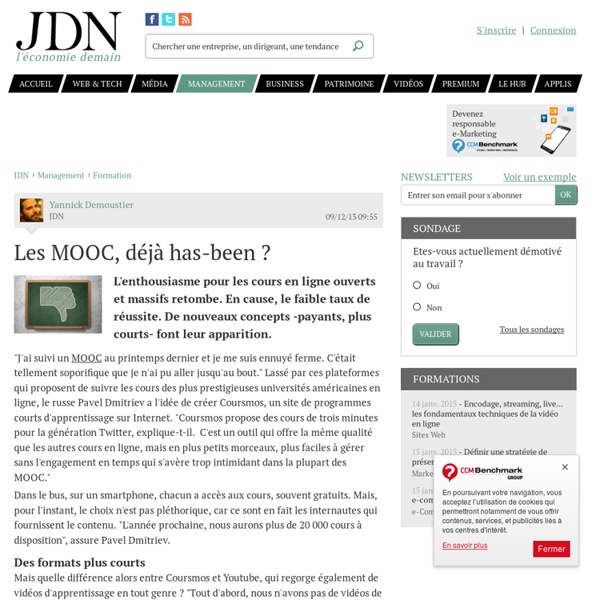 Watch celebrities become hideously ugly as strange 'flashed face' video effect works its horrible magic By Rob Waugh Published: 17:13 GMT, 22 May 2012 | Updated: 18:22 GMT, 22 May 2012 Liv Tyler's face warps into the image of hideous old crone, and Tom Cruise's chin distorts beyond all recognition. No, it isn't a vision of the future - it's a strange effect achieved by looking at a space 'between' flashing pictures of human faces. 'We aligned a set of faces at the eyes and started to skim through them. After a few seconds, we noticed that some of the faces began to appear highly deformed and grotesque,' say the University of Queensland researchers who uncovered the effect.

Smartphone Projector Ever wanted to project your favourite movie onto the wall while you’re snuggled up in bed using just your phone? Or thought it would be cool to show your mates funny fail videos but sometimes there’s just too many of them to crowd around a small screen? Smartphone Projector has been designed by Luckies of London to create intimate screenings any time, any place. Whether you want to set up visuals for a house party or simply watch music videos with your friends, Smartphone Projector is the answer. Go hands free, put your feet up and view at up to 8 x magnification. Get more from your smart phone with the original, lo-fi, D.I.Y Smart Phone projector.

Latest News Joe Paterno, the man who for decades was synonymous with Penn State football and was known by the college football world as just "JoePa", has died. Paterno, 85, had been receiving chemotherapy as part of his treatment for lung cancer, and complications from that treatment claimed the longtime Penn State coach's life on Saturday. Paterno was the head coach of Penn State for 46 seasons before being fired in November as his role in the Jerry Sandusky child sex abuse scandal came under greater scrutiny. Combined with the time he spent as an assistant, Paterno spent a total of 61 years on the Penn State sidelines. He left behind a legacy that, on the field of play, was unparalleled in Division I football. Paterno holds the all-time Division I record for football coaching wins with a 409-136-3 record, and he won two national championships while going undefeated in five different seasons.

Study: MOOC students are highly educated, job-oriented When Penn announced its partnership with massive open online course provider Coursera, in April 2012, administrators lauded the education startup as a way for the University to push its access agenda forward on a global scale. By making parts of a Penn education available to students worldwide, Coursera, administrators said, had the ability to revolutionize higher education. More than a year and a half later, Coursera is still a long way from realizing that goal. A new study, published last week by Penn researchers in the journal Nature, shows that students who have taken MOOCs on Coursera are highly educated and career-oriented. The study’s findings, though not necessarily surprising, will do little to win over MOOC critics, who argue that the online education hype in higher education has been largely overblown.

Curious Offers Online Learning Without the Commitment of MOOCs Before co-founding lifelong learning platform Curious, CEO Justin Kitch was hanging out at home with his kids, taking some time off. He had sold his first company, Homestead.com, to Intuit in 2007, and after a few years there, he was ready to spend some time at home. So he started doing as much as he could outdoors, and decided to devote some time to improving his guitar skills and a taking on a massive landscaping project at a new house.

Why the MOOC Movement Is Now As Georgia Tech gears up for its new MOOC-like master's degree program slated to launch this spring, The Wall Street Journal reports that applications from would-be students are dramatically outpacing fall '13 applications to Georgia Tech's residential program. Offered jointly by the Georgia Institute of Technology and Udacity, with financial support and "advice" from AT&T, the two-year, wholly online master's degree program in computer science parallels Georgia Tech's well-regarded campus-based program. Proponents say this watershed initiative could spur further innovation. Because the courses aren't open to everyone, they aren't truly MOOCs (massive open online courses). Perhaps we should dub them "MOCs." Credit-seeking students had to apply to Georgia Tech during a three-week period that ended October 27th (acceptance notifications go out December 1st) and will have to pay tuition (a total of about $6,600, versus $44,000 for the regular program).

91% MOOC satisfaction rating for University of London International Programmes London, UK (PRWEB UK) 4 November 2013 91% of respondents rated their experience as ‘Good’, ‘Very Good’ or ‘Excellent’ in a post-course survey of the massive open online courses (MOOCs) offered by the University of London International Programmes on the Coursera online platform. The four free online courses offered, which began in June this year, were: Creative Programming for Digital Media & Mobile Apps, English Common Law: Structure and Principles, Malicious Software and its Underground Economy: Two Sides to Every Story, and The Camera Never Lies. An impressive 210,000 students signed up to the courses from countries all over the world, including the United States, India, Brazil, Spain and Canada, among many others. The MOOCs took the format of video lectures, assessments based on automatically-graded multiple choice questions or peer reviews, and forums allowing the students to interact with the content, each other and course teams. Notes for editors

Open Education The aim of this scoreboard is to highlight the huge potential that European institutions have in the world of OER and to help visualize this potential by compiling the existing European-provided MOOCs available on different open websites. European MOOCs are those provided by European institutions, regardless of the platform that hosts them. All of the MOOCs accounted for in the scoreboard are also listed in the MOOC aggregator on this website.