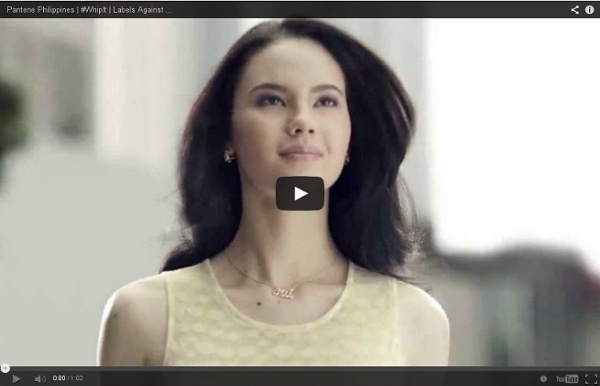 Inspirational Makeup-Removing Ads - Dermablend's 'Camo Confession' Proves Beauty is on the Inside Dermablend's inspirational new ad 'Camo Confession' lets famous women reveal their natural looks. After releasing its latest ad for corrective cosmetics, Dermablend did something that most makeup brands would never dare to do: create an ad that relates to women all over the world in a genuine way. The series features Cassandra Bankson, a model and YouTube star who suffered from acne for most of her life, and Cheri Lindsay, a volleyball coach who has a skin pigmentation condition. The video starts off with the kind of look you'd see them have in the media but when the intro ends the women take a cloth and start wiping off their makeup. As their true skin is shown, they begin to tell the story of the bullying they faced growing up and how they overcame it. Camo Confession is so inspiring to women.

Fewer wrinkles, thinner arms: TODAY anchors get Photoshopped Health Feb. 27, 2014 at 8:42 AM ET TODAY anchors before and after Photoshopping. From Lena Dunham in Vogue to popular online videos, the difference between photo-shoot and Photoshop is becoming more evident. And with the rise of social media, there's heightened interest in how images are manipulated — how you can go from a plain-looking photo to a glamorous cover shot. There's no limit to what can be done with Photoshop — the image editing program that whitens teeth and smooths away wrinkles, among many other features. Photoshop effects on TODAY anchors. "We've all seen a hundred or a thousand photos of ourselves where every one of the features we don't like pops right out," said Matt. "My tummy. "I would make my arms thinner, take away a few wrinkles," said Savannah. "Someone can Photoshop you and maybe make you a little different, a little better," said Al. No doubt, the perfected images in magazines affect how we see our own physical flaws.

Comparing Vastly Different Body Types of Olympic Athletes New York-based photographer Howard Schatz captures the diverse range of body types of Olympic athletes. Referring to a body as an athletic build is often thought to be a perfect, rippling mass of muscle boasting a six pack, but Schatz's series reveals the wide variety of heights, widths, body shapes, and muscle mass that make up the physiques of champion athletes across an array of Olympic sports. Tall, short, heavy and light, Schatz's series clearly displays the broad spectrum of sizes and shapes that these disciplined jocks come in. Dependent on their field of athletics, their bodies are in peak condition, despite looking so different from one another. Schatz's series of 125 champion athlete portraits is displayed in his book, aptly titled Athlete, in collaboration with his wife Beverly Ornstein, an award-winning producer and senior editor. Schatz/Ornstein Studio website via [reddit]

Swimsuit Model Fights Back After Photoshopping - HelloGiggles A 23-year-old Australian model is pushing back against a swimwear company that used Photoshopped pictures of her wearing one of their bathing suits. Two weeks ago, fashion student and model Meaghan Kausman participated in a photoshoot with photographer Pip Summerville. The underwater shoot featured Kausman in a bikini provided by swimwear company Fella Swim. Following the shoot, Kausman posted some of the pictures to her Instagram profile. The following day, Fella Swim posted the same photos to their account with one major change: Kausman’s body had been Photoshopped beyond recognition, making her look much skinnier than she actually is. Frustrated, Kausman took to her Instagram account, and posted a side-by-side version of the original photo along with her Photoshopped doppelgänger. “Making art is my passion,” Kausman captioned her Instagram post. “I refuse to stand by and allow ANY company or person to perpetuate the belief that ‘thinner is better.’